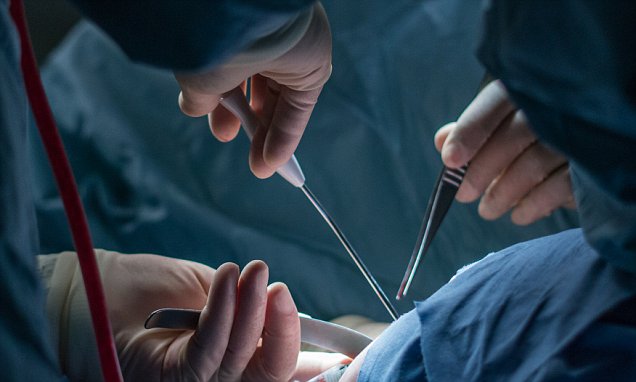 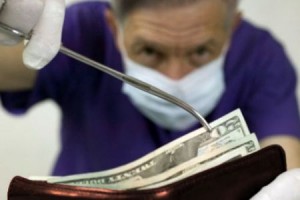 A leading Sydney surgeon has confessed to performing surgery that doesn’t work due to patient pressure and widespread adoption of procedures that have become accepted without enough scrutiny.

Orthopaedic surgeon Ian Harris who works at Liverpool, St George and Sutherland Hospitals and the University of NSW, said he had performed “surgery that doesn’t work” but says he now performs much less ineffective surgery than he used to.

“In my career, I have done surgery for ‘ununited’ fractures that have already healed, removed implants that were not causing a problem, fused sore backs and ‘scoped’ sore knees. I have even re-operated on people with ineffective procedures after the first ineffective procedure was, well, ineffective.”

In a new book, Surgery, The Ultimate Placebo, he adds: “I have operated on people that didn’t have anything wrong with them in the first place. This happens because if a patient complains enough to a surgeon, one of the easiest ways of satisfying them is to operate.”

Professor Harris argues in the book that the evidence for the success of many operations has become accepted without proper scrutiny, concluding that the only benefit of some surgeries may be a “placebo effect”.

He writes: “Our research unit reviewed all orthopaedic surgical procedures performed in three large public hospitals in our local area and found that of about 9000 procedures performed, only about half of the operations performed had been compared to non-operative treatment in randomised trials.”

The claims come as the Royal Australasian College of Surgeons says it is constantly evaluating procedures to achieve sustainable surgical procedures and ensure expenditure is made in the most cost effective way.

John Quinn, the executive director for surgical affairs at the college, said that although he had not read the book, some of the comments were “all-encompassing and perhaps overarching” and that there was no such thing as “one-size-fits-all” surgery.

Dr Stephen Parnis, vice-president of the Australian Medical Association, said the issues were relevant to the entire medical profession, not just surgery.

“We are talking about every decision, whether it is to order a test, prescribe a drug or perform another procedure,” he said. “You need to apply the best available evidence to the person in front of you.

Mr Harris has compiled a list of operations that he regards in some circumstances as being of questionable benefit, with explanations for his reasoning. These include:

Spinal fusion: Effective for some conditions but often done for degenerative conditions in older patients where the evidence is not that clear, the cost is high and the harms are real. Failure of spine surgery is so common that it has been given its own name: Failed Back Surgery Syndrome.

Stem cell injections: Commonly done for knee osteoarthritis and very expensive; the only blinded randomised trial from Australia showed while many patients felt better, they were just as likely to feel better with a placebo injection.

Tennis elbow surgery: Another procedure that is in decline. The condition largely gets better over time and surgery doesn’t add anything to that process.

Cardiac stenting: Having a narrowed blood vessel widened is appealing but doesn’t mean a lowered risk of a heart attack. For patients with stable angina, the procedure is no better than medical therapy in preventing major cardiac events.

Appendectomy: The possibility of dying from a ruptured appendix is enough for surgeons to recommend this procedure but several studies have shown that antibiotics alone are also effective. The recurrence rate is higher with antibiotics, but the surgical complications are lower.

Knee arthroscopy: In Australia most knee arthroscopies are performed in patients aged 50 or older, largely for degenerative conditions, and there is a seven-fold variation in the rate of surgery between regions across the country. Studies show surgery is no more effective than placebo or non-operative treatment. Rates of knee arthroscopy in NSW have fallen in recent years.

Epidural steroid injections: The “go-to” procedure when patients complain of back or leg pain. Studies show no better relief than those given a placebo saline injection.

Caesarean section: Some clear reasons to perform it and some grey areas. The rate in Australia is about 1 in 3; 10 years ago it was 1 in 5. In 2010, the World Health Organisation estimated more than 6 million unnecessary C-sections were performed annually, worldwide.

Spinal cord stimulators: Devices implanted in the spine to relieve chronic pain. Given the high cost it is reasonable to demand a placebo-controlled trial of their effectiveness but so far none have been done.

Speaking from America, Professor Harris said doctors often have a knee-jerk reaction to accusations of over-treatment ,sometimes saying that the procedure works very well in their hands or that they are being accused of misconduct, instead of taking a more questioning approach to their practice.

“The problem is that doctors often (unknowingly) rely on biased evidence: what others have taught them, what is common practice, what appears to work, and on studies that fit with their beliefs,” he said.

“The fear of having someone harmed from a missed opportunity is a strong and emotive driver of over-treatment. So is the belief that non-operative treatment equates with neglect, or no treatment, and so is being sued.

“But the decision to operate should be based on the best science, not on the worst-case scenario. If the best evidence tells us that a procedure is not effective, or that the benefits are outweighed by the risks for some patients, then it should not be done.”

Even if we accept that there is a placebo effect from surgery, he argues in the book that it is unscientific and means that doctors are either deceiving their patients or are deceiving themselves.

He also objects on cost grounds, saying there is a tendency not to look behind the superficial, visible costs of treatment. “It is common in my country to say that surgical treatment in public hospitals is ‘free’. We are all paying for it, if not directly, then through insurance premiums and state and federal taxes.”

Dr Parnis said: “If any patient has any question about the specifics raised by Professor Harris they should take that to their treating doctors and get individual advice. To do otherwise would be premature and risky.”

Dr Quinn from the Royal Australasian College of Surgeons said that it was accepted that all operations may be harmful and have known complications.

“It’s not one-size-fits-all and surgeons always aim to balance the risks and the benefits – and if the risks are greater than the benefits, then not to go there,” Dr Quinn said.

“No operations are performed for a pure placebo effect but sometimes there may be a placebo effect – but that’s hard to measure. There are some operations that technically haven’t done very much but the patient feels a whole lot better and that’s a good thing, I guess.

“We are concentrating at the college on sustainable surgical practice and trying to avoid what we call futile surgery as the costs of healthcare go up and up. There’s a perception that whatever one does to one’s body, medicine can replace it, fix it or repair it, and that’s not always the case.”

Surgery, The Ultimate Placebo is published by NewSouth Books