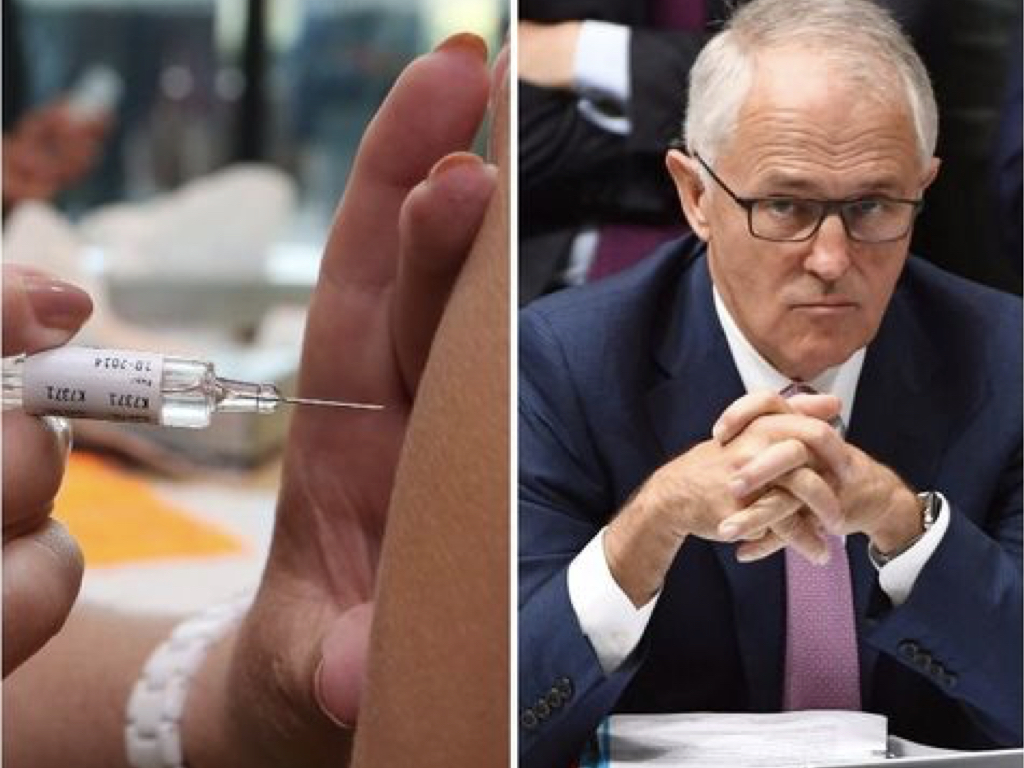 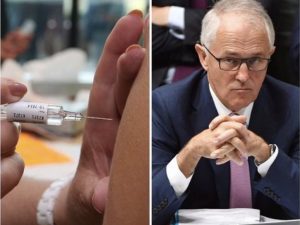 Mr Malcolm Turnbull,
Prime Minister of Australia
Mr Turnbull, it appears the media group associated with the Murdoch family, now known as News Corp, may have influenced the Federal Government’s coercive No Jab, No Pay law via its protracted No Jab, No Play media campaign in its tabloid newspapers such as the Daily Telegraph, Herald Sun, Courier Mail, and The Advertiser etc.
This is especially significant considering the Murdoch media group has a conflict of interest in this matter, i.e. its association with the Murdoch Children’s Research Institute, which is involved in vaccine research and development projects funded by vaccine manufacturers such as GlaxoSmithKline, Pfizer, Novartis and Sanofi Pasteur.
Particularly bearing in mind this conflict of interest, it is an extremely serious matter that the Murdoch media group may have influenced the implementation of a coercive law which seeks to make the community compliant to an ever-increasing amount of lucrative vaccine products via the taxpayer-funded National Immunisation Program Schedule.
I also suggest the failure to properly disclose this conflict of interest contravene’s News Corp’s own Editorial Code of Conduct and Standards of Business Conduct, as outlined in my email to Mr Rupert Murdoch and Mr Lachlan Murdoch, see below.
Others also had undue influence on the implementation of the No Jab, No Pay law, e.g. the Friends of Science in Medicine lobby group which supported the No Jab, No Pay bill at the Senate Hearing held in November 2015.  It is notable that members of the Friends of Science in Medicine lobby group include academics who are associated with the vaccine industry via research funding.
Mr Turnbull, the biased and polarising media campaign run by the Murdoch media group, News Corp, and others has resulted in a hostile climate where citizens questioning vaccination policy are reflexively labelled ‘anti-vaxxer’ and marginalised or even censored.  Associate Professor in International Criminology Paddy Rawlinson discusses the undermining of free speech on this matter in her essay Immunity and Impunity: Corruption in the State-Pharma Nexus, published in the International Journal for Crime, Justice and Social Democracy, currently accessible via this link: https://www.crimejusticejournal.com/article/view/447 (Copy also attached.)
Curtailing citizens’ right to question taxpayer-funded vaccination policy is a serious matter in our liberal democracy.  Recently citizens organised a conference in Sydney to discuss the censorship of the vaccination debate in Australia.  The venue for this conference had to be kept secret until a few hours before the start due to the threat of it being shut down.  I presented at this conference on the topic of conflicts of interest in vaccination policy, as detailed in my email to Mr Rupert Murdoch and Mr Lachlan Murdoch, see below.
Mr Turnbull, politicians, including you, are refusing point-blank to respond to citizens’ concerns about taxpayer-funded vaccination policy, in particular about the over-use of vaccine products.
It appears the Murdoch run Newscorp and other vested interests are running Australia’s taxpayer-funded vaccination policy now, courtesy of obliging politicians who are failing to properly represent Australian citizens on this matter.
I am now challenging the Murdoch’s directly about their media group’s influence on Australian vaccination policy.  In this regard, please see below my open email to Mr Rupert Murdoch and Mr Lachlan Murdoch, also copied to Mr Robert Thomson, Chief Executive of News Corp, and also Ms Sarah Murdoch, Director of and Ambassador for the Murdoch Children’s Research Institute.  The original email can be accessed via this link:  https://bit.ly/2mEiyaS
This email to Mr Rupert Murdoch and Mr Lachlan Murdoch includes exposure of the conflicts of interests of academics influential on vaccination policy in Australia.  This email also includes discussion on the GlaxoSmithKline Bexsero meningococcal B vaccine product for the very rare invasive meningococcal B disease, which is being heavily promoted by politicians and others, despite being rejected by the PBAC three times for the taxpayer-funded schedule due to ‘multiple uncertainties’ about this product.
Elizabeth Hart

The transcript and powerpoint slides are accessible via this link: https://elizabethhart.files.wordpress.com/2018/07/conflicts-of-interest-in-vaccination-policy-e-hart.pdf

Due to the hostility inhibiting open discussion on vaccination policy in Australia, the venue of this citizens’ organised conference discussing vaccination policy and censorship had to be kept secret until a couple of hours before the start time, because people determined to shut it down might have contacted the venue to demand it be cancelled.  That’s the state of our liberal democracy today in Australia re citizens questioning vaccination policy, and with doctors, nurses and midwives being afraid to question the national vaccination schedule with the risk of facing de-registration.
Mr Rupert Murdoch and Mr Lachlan Murdoch, please note that informed Australian citizens are demanding transparency and accountability for taxpayer-funded vaccination policy, and exposure of conflicts of interest of parties involved in this area.
In an ideal world citizens expect to rely on the independence and objectivity of the fourth estate to hold politicians and others to account in our liberal democracies. However, in the real world we discover media companies are businesses compromised by their reliance on advertising and other conflicts of interest. A recent self-serving article in The Weekend Australian magazine decries “the internet’s vast network of alternative news and information outlets”, paternalistically insinuating that thinking citizens are incapable of evaluating the worth of material published on the internet (23-24 June 2018.)  I suggest ‘fake news’ is just as likely to occur in the mainstream media, and citizens must fight for their right to freely access a range of views across the internet.
Citizens must be allowed to question whether it is feasible to vaccinate against every ailment, including rare diseases such as invasive meningococcal B.
Citizens must be allowed to question what the future holds for highly vaccinated populations.  Will future generations be made dependent on vaccine products, with natural immunity being destroyed?
What does the future hold with vaccine manufacturers and governments controlling immunity? What about the vaccine failures that are now emerging, for example pertussis/whooping cough, and problems with other vaccines?
There are parallels to consider with the emerging problems from the over-use of antibiotics, and over-prescribing of other medical products such as opioids and anti-depressants.
We need independent ‘big picture’ thinkers to consider the frightening possibilities with the over-use of vaccine products. Instead, vaccination policy is dominated by Big Pharma and academics on the teat of industry research funding.
Vaccination policy is a shambles, awash with conflicts of interest. The vaccine industry is driving vaccination policy in its quest to develop lucrative vaccine markets, with the assistance of media groups such as News Corp.
There must be an independent and objective review of the burgeoning and conflicted taxpayer-funded vaccination schedule.
Citizens must demand transparency and accountability for vaccination policy from the governments that are supposed to serve us.
Mr Rupert Murdoch and Mr Lachlan Murdoch, in line with News Corp’s Editorial Code of Conduct and News Corp’s Standards of Business Conduct, I suggest it’s way past time your media group disclosed its conflicts of interest, and provided fair and objective critical analysis of taxpayer-funded vaccination policy to redress the years of biased and conflicted reporting you have promoted on this subject. The mind boggles to consider the amount of children who have been grossly over-vaccinated during this time.
Sincerely
Elizabeth Hart

7 thoughts on “Conflicts of interest in vaccination policy and the No Jab, No Pay Law – an open email to Malcolm Turnbull, Prime Minister of Australia”