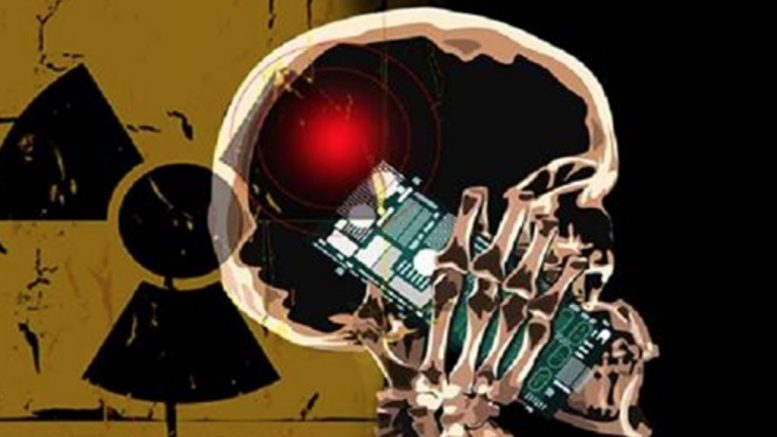 What is consensus science?

As a researcher, I’ve come to regard the word “consensus” as equivalent to “conspiracy-like” insofar as one segment of science research agrees either to accept or not to accept research that is either favorable or unfavorable to their specific vested interests.

Therefore, we find a dogmatic use of “consensus science” in medicine, specifically regarding vaccines, but moreover, in microwave technology, which doggedly contends there are no such electromagnetics as non-thermal radiation waves, which damage human health and wellbeing.  However, such studies go back to the 1930s!

Updating microwave science to make it safe would require costly improvements, which would not fit in with the U.S. military agenda and microwave tech industries cost analyses.

Should subsequent research result in adoption of the Soviet standard by other countries, industries whose practices are based upon less stringent safety regulations could be required to make costly modifications in order to protect workers. Recognition of the .01 mW/cm2 standard could also limit the applications of new electronic technology by making the commercial exploitation of some products unattractive because of increased costs imposed by the need for additional safeguards.[1]   [CJF emphasis]

However, that Army Surgeon General’s report admitted this even more-telling scientific lead about non-thermal radiation waves:

Nevertheless, monitoring of Soviet research on the action of drugs in combination with microwave radiation should continue, since such studies may eventually result in the detection of nonthermal safety hazards resulting from the mutually potentiating effects of radiation fields and pharmacological compounds.[2]

Here’s an article I wrote regarding the French government’s claims about cell phone exposure and consumer radiation levels being higher than cell phone manufacturers claim.

Unfortunately, we have to discuss some information about stress, which needs to be factored into the cell phone/microwave technology and AMI Smart Meter mandates equations.

Non-thermal radiation waves (the ones that don’t cause heating or burning, but cause other documented bodily symptoms) is a man-made stress on the human organism, as their vibration levels interfere with the human natural electromagnetic frequency our electromagnetic bodies operate at and emit.

Medicine has documented those frequencies through various tests, e.g., heart cardiogram, brain EEG [1], electromyogram (EMG) [2] and nerve conduction study (NCS) [3].  Those wavelengths are the natural electrical rhythms of our bodily functions, which are subject to stress when man-made frequencies that were not present in the atmosphere or ambient air as humans evolved over time.  Such man-made frequencies became prominent as a result of radar studies during World War II and the ongoing research into, building and implementing mind control mechanisms and EMF warfare [4].

Someone/something (?) recently took out a most elaborate communications satellite in space, which this video tracks and tries to explain.  You have to see it to believe it!  The video is less than 13 minutes, but probably documents some type of ‘star wars’ mentality, plus offensive tactics, are going on above the Earth and our heads.

When humans experience any type of stressful event, e.g., chemical, allergic, electromagnetic, emotional, etc., frequencies from cell phones and towers, including mast towers, Wi-Fi, and AMI Smart Meters ZigBee radio transmitters retrofitted onto electric, natural gas and water meters, that stress, which is constant, takes its toll because stress has humans living in the “flight or fight” response.  That adrenal response triggers production of the molecule nuclear factor kappa B, or NF-kB,which regulates gene expression!

How does NF-kB work?  It translates stress so that the body activates genes to produce proteins called cytokines, which cause inflammation at the cellular level, one of the acknowledged factors in cancer, or in the brain to produce encephalopathies, which can explain what happens to children who contract the Autism Spectrum Disorder (ASD) or other central nervous system anomalies after various vaccines, especially the MMR vaccine as various CDC studies found but were deliberately suppressed.

Additionally, constant electromagnetic stresses have been linked to causing depression and found to accelerate the ageing processes.  One tell-tale sign in the sky about EMFs on high above our heads are high-tech, man-made scalar clouds.  Here’s a website showing various photographs of scalar clouds.  When you see such clouds, take note of how you feel emotionally and physically.

Any man-made electromagnetic frequency emits EMFs/RFs/ELFs.   HAARP sends one billion+ watts [6] of microwave energy into the atmosphere to mess with weather geoengineering and chemtrails. Dr. George Carlo, PhD, MS, JD, explains what happens with cell phones and talks about EHS symptoms in the 5+ minute interview below.

Furthermore, mobile phones were never tested for safety before they entered in to the marketplace! Listen as Dr. Carlo corrects the interviewer regarding “consensus science.”  Industry spin is nothing but consensus science. Readers may be interested in Dr. Carlo’s books on Amazon.com [5].