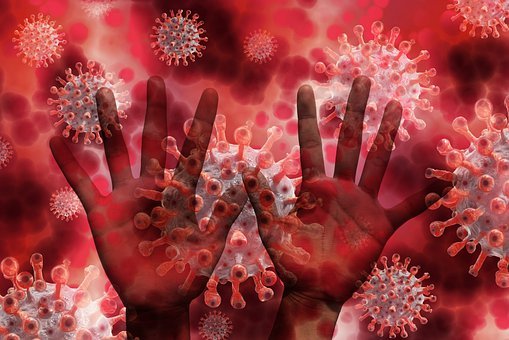 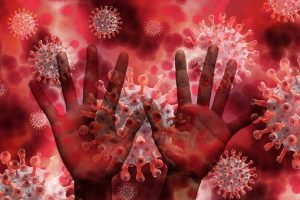 This was posted in a terrain theory group today and it was such a well put together post it deserves saving for posterity. Put together by Daniel Roytas.

***This post contains scientific references of many studies that were undertaken to try and prove that germs cause disease. All of the studies failed***

Where is the evidence that viruses cause disease? I have been asking for almost 12 months now, and no one has been able to provide me with a single peer reviewed journal article showing an isolated virus causes disease. It should be so easy to look through the literature and find a study in a couple of minutes, yet no one seems to be able to do such a thing.Scientists and doctors have already done countless experiments to try and prove germ theory over the course of 120+ years, and all have failed.

So I will ask again, can anyone provide me one such study, showing an isolated virus causes disease in humans? If so, I will gladly stand corrected and recount everything I have ever said on this matter. There needs to be a truly scientific and intellectually honest conversation about this. This is the beauty of the scientific method, that we can ask questions, challenge our beliefs, put forward new ideas (that may or may not be correct) and learn new things. Here are just some of the experiments that have been done on the common cold / flu. Many studies like this have been done in other diseases like measles and chicken pox as well, and they have not been able to prove viral causation or contagion.

In March of 1919 Rosenau & Keegan conducted 9 separate experiments in a group of 49 healthy men, to prove contagion. In all 9 experiments, 0/49 men became sick after being exposed to sick people or the bodily fluids of sick people. https://jamanetwork.com/jour…/jama/article-abstract/221687

In November 1919, 8 separate experiments were conducted by Rosenau et al. in a group of 62 men trying to prove that influenza is contagious and causes disease. In all 8 experiments, 0/62 men became sick. Another set of 8 experiments were undertaken in December of 1919 by McCoy et al. in 50 men to try and prove contagion. Once again, all 8 experiments failed to prove people with influenza, or their bodily fluids cause illness. 0/50 men became sick. In 1919, Wahl et al. conducted 3 separate experiments to infect 6 healthy men with influenza by exposing them to mucous secretions and lung tissue from sick people. 0/6 men contracted influenza in any of the three studies. https://www.jstor.org/stable/30082102?seq=1…

In 1920, Schmidt et al conducted two controlled experiments, exposing healthy people to the bodily fluids of sick people. Of 196 people exposed to the mucous secretions of sick people, 21 (10.7%) developed colds and three developed grippe (1.5%). In the second group, of the 84 healthy people exposed to mucous secretions of sick people, five developed grippe (5.9%) and four colds (4.7%). Of forty-three controls who had been inoculated with sterile physiological salt solutions eight (18.6%) developed colds. A higher percentage of people got sick after being exposed to saline compared to those being exposed to the “virus”. https://pubmed.ncbi.nlm.nih.gov/19869857/https://catalog.hathitrust.org/Record/102609951

In 1921, Williams et al. tried to experimentally infect 45 healthy men with the common cold and influenza, by exposing them to mucous secretions from sick people. 0/45 became ill. https://pubmed.ncbi.nlm.nih.gov/19869857/

In 1930, Dochez et al. attempted to infect a group of men experimentally with the common cold. The authors stated in their results, something that is nothing short of amazing. “It was apparent very early that this individual was more or less unreliable and from the start it was possible to keep him in the dark regarding our procedure. He had inconspicuous symptoms after his test injection of sterile broth and no more striking results from the cold filtrate, until an assistant, on the second day after injection, inadvertently referred to this failure to contract a cold. That evening and night the subject reported severe symptomatology, including sneezing, cough, sore throat and stuffiness in the nose. The next morning he was told that he had been misinformed in regard to the nature of the filtrate and his symptoms subsided within the hour. It is important to note that there was an entire absence of objective pathological changes”. https://pubmed.ncbi.nlm.nih.gov/19869798/

In 1940, Burnet and Foley tried to experimentally infect 15 university students with influenza. The authors concluded their experiment was a failure. https://onlinelibrary.wiley.com/…/j.1326-5377.1940…

Addendum: One question that frequently comes up is the old story of giving ‘infected blankets’ to the Native Americans to kill them. This story is a cover-up for the real killer which was again allopathic medicine and their vaccines. The proof is in plain sight as always. They vaccinated them. They got sick from the poisoning and died.

Read between the lines….”vaccinating them would make it easier to” get rid of them.