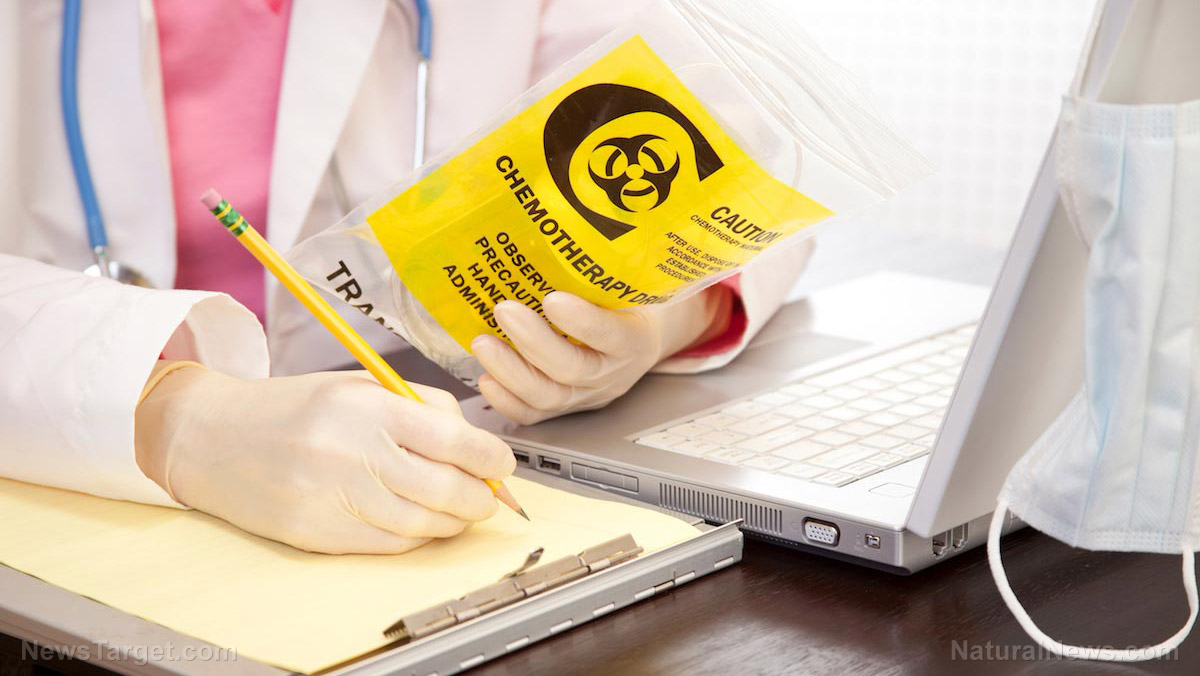 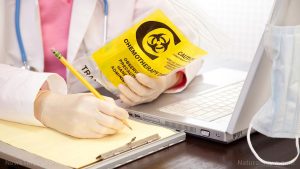 Chemo drugs are highly poisonous to begin with. But suppose, on top of that, they’re contaminated and tainted?

Welcome to the FDA: the handmaiden to Big Pharma; the promoter of destructive medicines; the opponent of natural health; the agency that should have been disbanded and fumigated decades ago. Corruption Central.

In today’s episode, the Agency has issued a slap on the wrist to Fresenius, a major provider of health care in Europe, with two dozen drug-manufacturing facilities around the world.

Bloomberg reports: “U.S. regulators warned Fresenius SE after the company’s Indian plant that makes cancer-drug ingredients for the U.S. market aborted hundreds of drug-quality tests because they seemed like they were going to fail due to impurities.”

“When workers at the plant found potential tainted products, they halted the tests and said human or machine errors were to blame instead, according to a Food and Drug Administration warning letter dated Dec. 4 that cited 248 aborted checks at the West Bengal facility.”

The FDA’s warning basically instructed Fresenius to do better. Re-examine all their manufacturing and testing practices. Hire an outside consultant.

That’s comforting, isn’t it? With contaminated chemo drugs floating around the world, the FDA says nothing about ferreting out these medicines—and here is the capper from the Bloomberg article:

“The agency also warned that if the company doesn’t correct the issues raised in the letter, FDA workers could refuse products made at the facility admission into the U.S.”

My, my. Fresenius can continue to sell its fraudulently tested, tainted drugs. Not a problem. Business is business. Promise you’ll mend your ways, boys, and stick to your word. Meanwhile, we, at the FDA, will get back to seeing what we can do to limit sales of those REALLY dangerous products called nutritional supplements.

Oh, and by the way, this is not the first warning letter the FDA has issued to Fresenius. As fiercepharma reports: “In a previous warning letter…FDA cited similar…deviations.” And now, the FDA writes to the company, ‘You proposed specific remediation for these deviations in your [previous] response,’ the letter reads. ‘These repeated failures demonstrate that your facility’s oversight and control over the manufacture of drugs is inadequate’.”

But the FDA isn’t stopping Fresenius from exporting its chemo drugs into the US. No one is prosecuting company employees and sending them to prison for fraud and reckless endangerment.

Here are excerpts from my piece about the FDA’s overall mafia operation, to give you the flavor of what goes on at that rogue agency:

In a stunning interview with Truthout’s Martha Rosenberg, former FDA drug reviewer, Ronald Kavanagh, exposes the FDA as a relentless criminal mob protecting its client, Big Pharma, with a host of mob strategies.

“I was threatened with prison.”

“One [FDA] manager threatened my children…I was afraid that I could be killed for talking to Congress and criminal investigators.”

Kavanagh reviewed new drug applications made to the FDA by pharmaceutical companies. He was one of the holdouts at the Agency who insisted that the drugs had to be safe and effective before being released to the public.

But honest appraisal wasn’t part of the FDA culture, and Kavanagh swam against the tide, until he realized his life and the life of his children was on the line.

What was his secret task at the FDA? “Drug reviewers were clearly told not to question drug companies and that our job was to approve drugs.” In other words, rubber stamp them. Say the drugs were safe and effective when they were not.

Kavanagh’s revelations are astonishing. He recalls a meeting where a drug-company representative flat-out stated that his company had paid the FDA for a new-drug approval. Paid for it. As in bribe.

He remarks that the drug pyridostigmine, given to US troops to prevent the later effects of nerve gas, “actually increased the lethality” of certain nerve agents.

Kavanagh recalls being given records of safety data on a drug—and then his bosses told him which sections not to read. Obviously, they knew the drug was dangerous and they knew exactly where, in the reports, that fact would be revealed.

The situation at the FDA isn’t correctable with a few firings. This is an ongoing criminal enterprise, and any government official, serving in any capacity, who has become aware of it and has not taken action, is an accessory to mass poisoning of the population.

Seventeen years ago, the cat was let out of the bag. Dr. Barbara Starfield, writing in the Journal of the American Medical Association, on July 26, 2000, in a review titled, “Is US health really the best in the world,” exposed the fact that FDA-approved medical drugs kill 106,000 Americans per year. That’s a MILLION deaths per decade.

Dr. Starfield was a revered public health expert at the Johns Hopkins School of Public Health. In interviewing her, I discovered she had never been approached by the FDA or any federal agency to help remedy this tragedy. Nor had the federal government taken any steps on its own to stop the dying.

The government has still done nothing.

3 thoughts on “Contaminated chemo drugs, the FDA, and chemical warfare against the public”