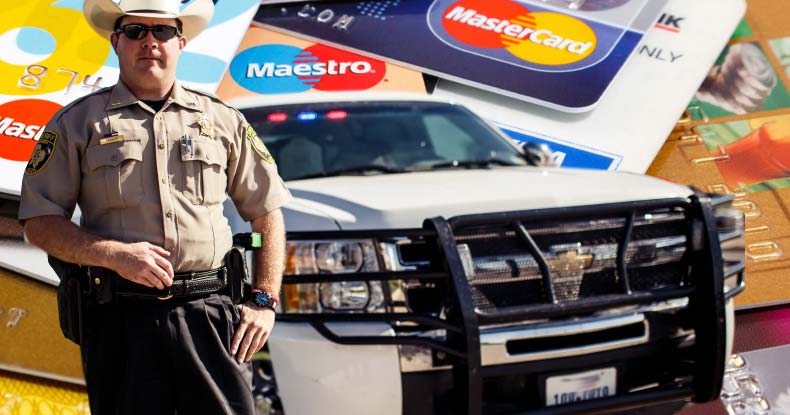 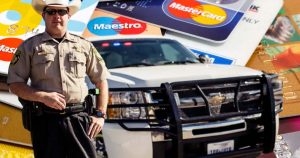 As if civil asset forfeiture, where police can seize your property without having to prove you actually committed a crime, wasn’t contentious enough already, a new device allows the Oklahoma Highway Patrol to steal money directly from your bank account — on the spot.

And it’s already in use.

The Electronic Recovery and Access to Data Machine, known by the acronym ERAD, can scan your bank account and prepaid cards, giving OHP instant access to the balance — and the funds — if a trooper believes the money is tied to a crime. OHP rolled out 16 ERAD devices in May, and unsurprisingly, has already employed the technology.

You don’t even have to be charged with a crime to be a victim of these badge-wearing armed robbers — which makes OHP’s new ERAD device an astonishing prospect.

What Vincent seems to be saying is OHP will try its damnedest to find a reason to rob you at gunpoint.

“If you can prove that you have a legitimate reason to have that money it will be given back to you. And we’ve done that in the past,” Vincent added.

This reasoning turns the very concept of innocent until proven guilty on its head. And State Sen. Kyle Loveless said cases where police abused this new system have already come to light, including single mothers, a cancer survivor who had their medication seized, a Christian band, and a number of other completely innocent people.

“We’ve seen where the money goes and how it’s misspent,” Loveless said.

In fact, this is intensified policing for profit. News 9 obtained a copy of the contract between the state and ERAD Group, Inc., which shows Oklahoma paying “$5,000 for the software and scanners, then 7.7 percent of all the cash the highway patrol seizes.”

But law enforcement obstinately claims this isn’t about the money.

“I know a lot of people are just going to focus on the seizing money,” Vincent stated the obvious. “That’s a small thing that’s happening now. The largest part that we have found … the biggest benefit has been the identity theft,” he added without further explanation.

Controversy over civil asset forfeiture (CAF) surrounds the fact law enforcement is under no obligation to prove the property it seizes could in any way be tied to criminal activity. Once police have your property, most departments are free to essentially divvy it up amongst themselves.

Countless cases dot headlines around the country evidence thousands of innocent people as victims of this financial terrorism perpetrated by the government. Police even managed to ‘seize’ $53,000 from a Christian band, an orphanage, and a church.

Earlier this year, one of the creators of CAF tellingly called for the program to be abolished — and though it was briefly suspended, the Dept. of Justice allowed CAF to resume in April.

Sen. Loveless feels a conviction should be necessary for police to seize money using ERAD, and plans to introduce legislation.