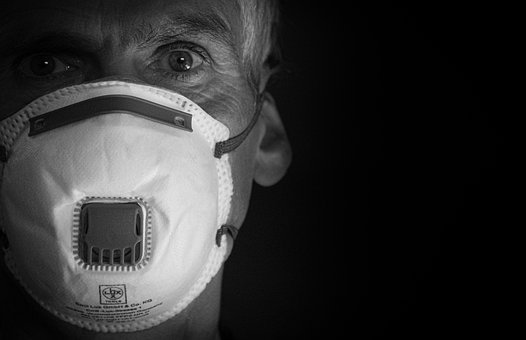 In a recent article, I pointed out the biggest lie about the “epidemic”: ALL CASES ARE SUFFERING FROM THE SAME CAUSE.

This is a complete fiction.

The source of disease is not singular.

And that means the disease itself is not singular.

Some people being diagnosed as epidemic cases are perfectly healthy. Some have ordinary flu-like symptoms. Others have non-viral pneumonia. Others have lung infections resulting from air pollution. Others are driven into sickness by toxic anti-viral medicines, as well as many other toxic meds. People exposed to 5G technology should be competently examined. People with fever, who may have been in contact with a person who might be “infected,” are presumptively diagnosed as COV.

You’ll see instances of older people, who have a whole list of long-term health problems, who are on a raft of toxic meds, diagnosed, out of nowhere, as coronavirus cases.

Add to all this, as I’ve pointed out numerous times, the tests for diagnosing COV are useless and deceptive—and you have a clusterf**k.

“A 90-year-old woman died on Saturday and testing confirmed that she had COVID-19, NSW Health said in a statement on Sunday night.”

“She was a resident of the Dorothy Henderson Lodge aged care home, where two other residents have died after becoming infected with the virus.”

“A 77-year-old woman has also died from coronavirus, NSW Health said on Sunday.”

Getting the picture? These five elderly people—how many serious health problems were they suffering from in the past five years? What medicines were they on? What toxic effects do these drugs have? Were the women recently put on highly toxic antiviral drugs? What other relevant facts would point to serious illness, besides “a new virus?” But of course, the professionals don’t care. The patients will be labeled “cause of death, coronavirus.” Absurd.

“A man was hanging on the edge of a cliff for three days. He finally fell. A medical examiner took a tissue sample. A test revealed the presence of COV. Therefore, the virus has taken another life.”

Or, think about the situation this way. There is a group of people in an animated video. Each person is a different color. Blue, green, red, orange, etc. Now a filter passes across them. Suddenly, they are all purple. The filter is the label, “coronavirus epidemic.” The purple color is “cases of the singular epidemic.” False, fake, phony. But the filter makes it seem real.

You’re listening to a radio. On several music stations, you hear jazz, rock, country, classical. Suddenly, the same announcer is present on all these stations. He says, “Imagine you’re hearing Joe Smith and his orchestra.” And then you are, on every station. Until you stop imagining it.

You’re sitting in a physics class. The teacher says, “We have all these theories and hypotheses floating around. Big Bang, Quantum Theory, Special Relativity, General Relativity, and so on. But you see, not only are they connected, they can all be reduced to one notion. An ‘it.’” And then he writes on the blackboard, “2 plus 2 equals 4.” And you’re supposed to buy it.

What I’m pointing to in this article is very serious mind control. Most people refuse to shake it off. They might say, “Interesting article. I see what you’re saying. So tell me, if the coronavirus isn’t the cause of the epidemic, what is IT?”