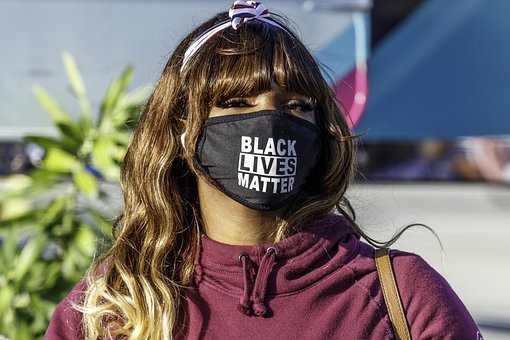 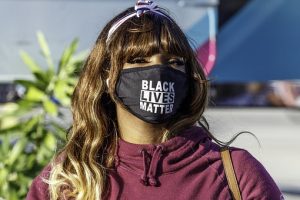 Hello, this is COVID Airlines, how can I help you?

I want to book a ticket from New York to Paris.

Have you had your COVID vaccine?

An immunity passport is required for all our passengers. You must take the shot.

Yes, I understand. I recently read you may be making an exception for people of color.

True. Certain minority communities are understandably suspicious of government. We don’t want to drive them further away by demanding they take the vaccine. They’re exempt from vaccination. They can fly with us.

I see. Well, I identify as black.

What color is your skin?

We do have a category called “racial preference.” Let me ask you a few questions. When did you first identify as black?

Are you making the assertion you’re black just so you can book a flight with us?

Certainly not. I’ve been an avid supporter of Black Lives Matter and Antifa for several years. During that time, it occurred to me that I should “cross over,” instead of remaining white and supporting my black brothers and sisters from a distance.

Have you marched in BLM/Antifa protests?

What does your family think of your position on race?

My wife divorced me and ran off with a cop. Can you believe it?

At the time, were you already identifying as black?

Not yet, but that whole situation pushed me closer to the edge.

Final question: What is your position on African-American NBA players who sided with China in the scandal involving shoe contracts and Hong Kong protestors?

Well, that’s a delicate matter. We have free speech, but we also have to watch what we say. Even though the shoes are being assembled in China by slaves, the NBA players have to protect their shoe contracts and their cash.

I think we can sell you a ticket.

You know, I subscribed to one of those online genealogical searches. They found that, eight generations ago, I had a male ancestor who was either from Central Africa or Norway. The analysis was ambiguous.

Will you be flying First Class or Coach?

Upon arrival in Paris, a Black Lives Matter/Antifa representative will interview you. If you pass scrutiny, you’ll be permitted to leave the airport and enter the city. During your stay, if there are any BLM protests, you’ll be required to attend and destroy at least one physical object.

What qualifies as a physical object?

I have a list. I’ll forward it to you by email. It contains a range of items, from an ashtray in a hotel lobby, to a plate glass window, to a building.

Does my flight serve food?

No. You’ll be flying in a small prop plane with other white passengers who identify as minorities. There is no cabin. You’ll sit on a metal floor and hold a strap attached to the hull.

A bag of nuts.