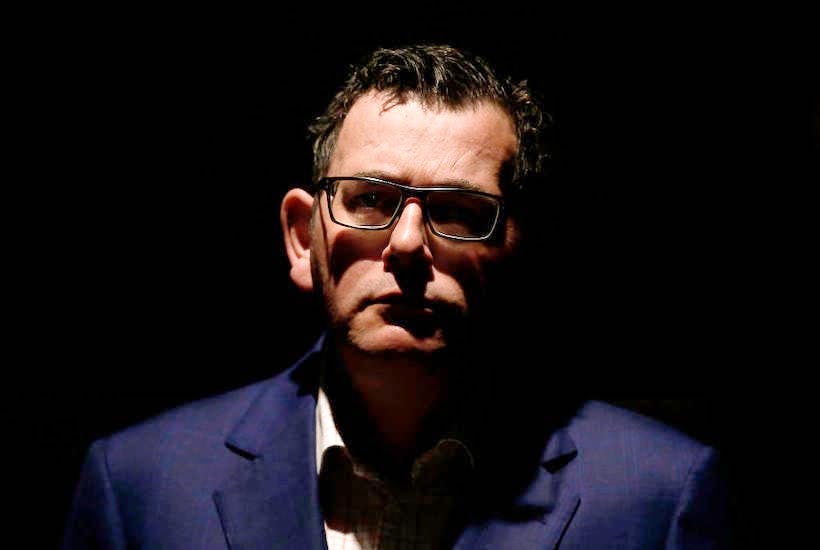 The Victorian Labor government has introduced a bill to parliament that coupled with other measures is one of the most egregious attacks on civil liberties seen in war or peacetime.

Called the COVID-19 Omnibus (Emergency Measures) Amendment Bill, it overrides all other laws and legislation with the exception of the Charter of Human Rights (which the government ignores as it is not binding), the State Constitution Act 1975 and the laws created by the Bill itself.

The Bill confers and extraordinary power to the Secretary of the Department of Health to appoint public servants as “authorised officers” with the same powers as police.

However worse than that is a provision which allows the secretary to appoint any of the following as an “authorised officer”:

[A] person the Secretary considers appropriate for appointment based on the person’s skills, attributes, experience or otherwise…

This will expand the persons who may be appointed as authorised officers.  It is intended to include additional public sector employees from Victoria as well as such employees from other Australian jurisdictions, and individuals with a connection to particular communities to ensure that certain activities, such as contact tracing, can be conducted in a culturally safe manner.

This sweeping power means the Secretary could appoint anyone as an “authorised office”; a member of the ADF who already patrols Melbourne streets with police or even a member of the Hell’s Angels.

The Bill is mute on the specifics of who could be appointed. The Secretary has been given carte blanche to appoint anyone who has the “skills, attributes, experience or otherwise”.

The word “otherwise” so broad and non-specific it gives rise to real concerns about who the Secretary could or would appoint.

Critically there is no mention in the Bill of what sort of training these “authorised officers” would be given or the equipment they would be issued with.

If you thought the hotel quarantine scheme was a fiasco image the damage and drama that could be wrought by this proposal.

The Bill also “provides that an authorised officer may be assisted by any person in exercising a public health risk power under an authorisation given by the Chief Health Officer.”

That’s right. An untrained “authorised officer”, be they a public servant, a member of the ADF, or a Hells Angel would be able to co-opt any unsworn citizen in their duties.

The Bill outlines some of the roles and powers these “authorise officers” may able to exercise under the State of Emergency powers.

These powers given to untrained “authorised officers” could lead to shocking outcomes, particularly if citizens can be co-opted to assist.

We have already seen examples of police heavy handiness in Victoria with police raids on housewives, the busting down of doors and so on simply because people have promoted on social media protests against the current health regime.

The Bill provides an emergency power to detain any person or group of persons in an emergency area for the period reasonably necessary to eliminate or reduce a serious risk to public health.

Once detained you have no rights under law and can be detained for an indefinite period:

Section 200(6) of the Public Health and Wellbeing Act 2008requires an authorised officer to review, at least once every 24 hours during the period that a person is subject to detention under section 200(1)(a), whether the continued detention of the person is reasonably necessary to eliminate or reduce a serious risk to public health.

Put simply, this means you can be locked up and detained indefinitely at the whim of a designated officer.

There is no provision whatsoever for a review of the detention. Ultimately a person may have to apply to the Supreme Court to grant an order of Habeas Corpus for release.

These extraordinary powers are arbitrary and extreme.

They are a draconian attack on civil liberties the like of which Australia has never seen before.

Further because all laws are overridden there would appear to be little recourse to any excesses by an authorised officer or their civilians co–opted by them. These laws are so broad and ill-defined that you could be detained for almost anything.

Remember the emergency powers give “authorised officers” power to “detain any person or group” or “restrict the movement of people” or “prevent a person or group from entering an emergency area” or “give any other direction”.

Nowhere in the Bill or its Explanatory Memorandum is a reason or justification given for the introduction of these extraordinary sweeping and ill-defined laws.

These laws will operate side by side with the powers that already have Melburnians locked in their own homes for 22 hours a day; where the first-ever curfew in Australia’s history is in place; where freedom of movement is banned; where police and ADF personnel patrol the streets to enforce mask-wearing; where $5000 fines are handed out if you attempt to breach internal state borders and so on.

These proposed laws are unjust, unnecessary and unjustified. They are a direct attack on citizens’ civil liberties.

Even if this Bill is not passed it says much about the mindset of the Victorian government that it is prepared to assail its citizens’ rights.

This Bill is a direct assault on our democracy.

It should be rejected by the parliament.