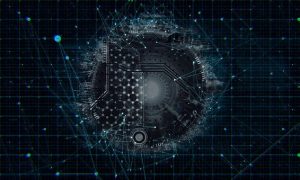 This article is a follow-up to my piece last week, Data Sets, Fraud, and the Future. [1]

Let’s say a minor religion emerges in Ohio. Its basis is a story about a miraculous tree growing in an arid desert.

The only problem is, if the members of this Church bothered to check, they would discover the exact place where the tree supposedly grew was no desert. Instead, it was an ocean. The ocean had been there for a billion years.

But no one bothers to check. They collectively INVENT AND ACCEPT the notion of the tree in the desert. They’re not aware that this is what they’re doing, but they ARE doing it.

They build rituals and ceremonies and art—“data banks”—around the idea of the tree.

The same factors are present in the case of promoting a new virus. In this situation—the virus is collectively dreamed up and accepted by virologists—the “checking” would occur by doing a retrospective step-by-step analysis of what happened in the lab where the virus was “discovered.”

But no analysis is carried out. None of the professionals believes it’s necessary. The traditional methods of virus-discovery are beyond reproach.

And if an outsider, a skeptic demands an inquiry into the process of discovery, he is labeled a sinner. The lab is an inner sanctum. The mere presence of an outsider looking over the shoulders of the researchers (priests) at work would be an offense against the Church.

What we’re left with is a collective idea whose content is: “new virus.”

“Would you like to look at our line of hats that go with your new virus?”

“How about a mutant strain?”

“The vaccine, of course, is free.”

Another collective idea: the 300 official mental disorders, promoted by the American Psychiatric Association. The truth is, the so-called disorders have no accompanying definitive lab tests, for diagnosis.

Collective ideas give rise to data banks and data sets that bolster and expand the original ideas.

“25% of all college students [2] have at least one mental disorder.” Here are the studies and surveys and confirmations from leading researchers—data sets.

“Three major public health organizations have formed a task force to study solutions to the growing mental illness problem among college students.” More data sets will be created and deposited in data banks.

“MIT and Harvard, cooperating in a federally funded program, are developing AI software that will predict future trends in mental illness among college students, in an effort to identify preventive measures which might head off this growing problem…” More data sets placed in data banks—but this time, all the work, and its logic, are hidden behind walls of automatic AI.

Collectivism=collective ideas=data banks filled with supposed confirmation of the truth of the ideas.

The whole op involves creating more and more layers between the data sets and the original collective ideas, until no one considers examining those ideas.

As IoT (Internet of Things), enabled by 5G tech, makes more of the functions of society automatic, successive generations of the populations are pushed farther and farther away from the collective ideas which form the basis of AI programs.

Here is a passage from John Klyczek’s article, “From UNESCO Study 11 to UNESCO 2050: Project BEST and the Forty-Year Plan to Reimagine Education for the Fourth Industrial Revolution,” [3] published at unlimitedhangout.com. Consider the sheer number of layers, data sets, and AI involved in the monster project Klyczek is describing:

“…UNESCO’s Study 11 was carried out through international public-private partnerships between communist, socialist, and capitalist countries coordinating efforts between multinational telecommunications and computer corporations. Working in concert with academic institutions and national government agencies, Study 11 affiliates lobbied to restructure laws in order to globalize school systems through proto-internet technologies manufactured by Big Tech companies, such as Microsoft, IBM, and Apple, which are now steering the Fourth Industrial Revolution into a new political system of communitarian technocracy driven by a new economic system of ‘stakeholder capitalism’ through ‘community-based’ public-private partnerships that are managed by Big Data.”

“…schools around the entire world are forced to rely on the technocratic IT infrastructure that has been set up by Study 11 and Project BEST through their public-private partnerships with Microsoft, Apple, and IBM. These partnerships are now converting brick-and-mortar schoolhouses into virtual classrooms that digitally data-mine students through computer hardware devices, such as Apple iPads and Macbooks, which transmit video teleconferencing through software programs, including Microsoft Teams, supplemented by adaptive-learning courseware and other artificial-intelligence applications like IBM’s Watson Education.”

Getting the picture? Imagine how many parents are hypnotized and baffled by the total load of data sets which establish this new global education system, vs. the number of parents who will see through the layers of the con to the collectivist root.

Want a parallel? Try the current debate over the origin of the “pandemic virus.” It jumped from bat to human. No, perhaps other animals carried it. No, it was born in a Wuhan lab. Fauci and his agency funded gain-of function research at the lab. Well, perhaps they did, but the total amount of money was really an insignificant pittance. What did Fauci know, and when did he know it? Layer after layer, built higher and higher.

And at bottom, the virus was never isolated (never discovered), and it was never authentically sequenced. It was an idea, collectively concocted. [4]

Every death from, and case of, COVID virus infection can be explained (as I have, over the past year) without the need for, or reference to, a virus. [5]

In the old days, a stage magician would show his empty hands, then start pulling the edge of a colored handkerchief from one closed fist. A whole string of handkerchiefs would appear. But now, the magician presents 12 empty cabinets stacked on top of one another, and he seems to make those handkerchiefs ascend from the lowest to the highest cabinet.

Each cabinet is a data bank, and he isn’t even on the stage. He’s a hundred miles away talking to the audience via Zoom.

And soon, he won’t be a he. He’ll be a constructed image of a human.

And the image won’t be transporting handkerchiefs. It’ll be notifying people they have a disease; and the drugs will arrive promptly at their door.

The drugs will be toxic and won’t heal. The diagnosis will be flawed or completely irrelevant. The standard cause of the so-called disease will be false. The research on which the cause was based will be fake.

Just like now. But the layers of AI data all along the line will transmit a more powerful illusion.