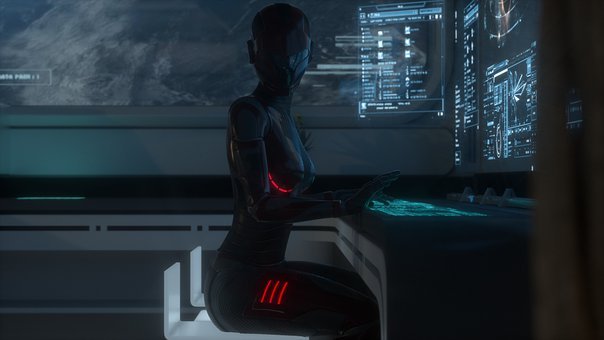 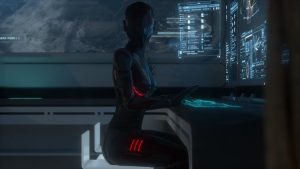 Right off the bat, here is a scene from the near-future: AI takes a look at John Jones’ medical records, does instant collating, and comes up with a disease diagnosis.

One problem: the data set assembled by AI is preposterous. Jones’ so-called symptoms don’t add up to a disease. Only in another data set, held by the CDC, do the symptoms require a disease-label.

The public is being treated to an awesome amount of propaganda, indicating that faster and more comprehensive handling of data means progress.

“We can profile this, we can predict that, we can discover what groups believe and don’t believe, we can organize efficient approaches to public safety, we can control traffic patterns, we can diagnose mental disorders, we can present customized ads to individuals, we can make cash completely electronic, etc.”

As if slicker manipulation of larger and larger data sets is, in some sense, “more accurate.”

When in fact, this manipulating and coordinating and organizing is an attractive cover for: bias based on the obsession to control populations.

Example: The psychiatric data set contains 300 labeled mental disorders. Clusters of behavioral symptoms are listed for each disorder. There are no lab tests. All the disorders are fakes. John Jones’ life has been profiled 16 ways from Sunday. He is diagnosed with mental disorder X-165 and prescribed a toxic drug that actually enhances the “symptoms” used to make the diagnosis—on top of which, he suffers brain damage. He’s now under control.

But the op is clean, bright and shiny, no human input. AI does it all. What yokel would object?

AI contacts Jones by Zoom: “Mr. Jones, we’ve carefully analyzed over a billion records of employment in the country. Yours was one of them. For the greater good—of which you’re a contributing member—your job has been deleted. However, we’ve found a somewhat comparable position in Duluth. You and your family will be moving there in two weeks.”

Example: “We’re evacuating the area. A new coronavirus has been isolated. The danger of spread must be curtailed. Details to follow in the next hour. Prepare. All is well.”

Formidable early warning. Except, no new virus was isolated.

Example: “The planetary AI grid is modulating energy use in Germany and France. For the next 48 days, users will experience three brownouts per day. Schedule to follow. Brownouts in Tanzania and Argentina have been lifted.”

Three billion data sets were analyzed to arrive at those conclusions. The AI analysis took 58 minutes. Next month, the analysis will take 41 minutes.

A thousand new Fauci’s appear on the scene to explain to the public the wonders of data analysis, AI, and greater good.

A series of doddering Bidens and hammerhead Merkels are replaced by publicists fronting for AI engineers.

Data sets and AI are a million-layer cake sitting on top of, and concealing, false and sociopathic premises.

There will be many types of blowback. For example, data warriors will arise; they’ll corrupt data sets, making them patently ridiculous, and disrupt the AI logic.

And in response, the System will keep developing new layers of AI control; replacing as many humans (potential rebels) as possible.

This article supplies context for my work exposing virus-isolation. “New viruses” are data constructs, cobbled together by AI programs from historical libraries of old gene-sequences. Those sequences, in turn, are nothing more than hypothetical strings of data, once upon a time assumed (without evidence) to describe other viruses.

“But…but AI has uses that are beneficial…”

Indeed. If that weren’t the case, the whole effort to establish AI technocratic tyranny would be exposed in two weeks.