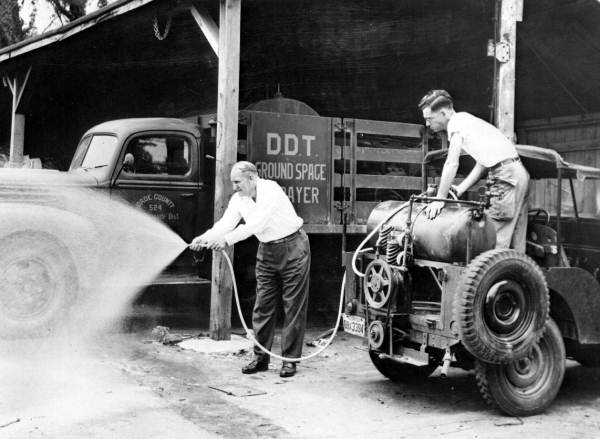 Jim West lives in New York City, where, since 1995, he has been involved as a researcher, writer, and speaker, critical of the politics of medical science. He served as Chairman of the Science Committee for the No Spray Coalition, which successfully litigated against the City of New York over the helicopter pesticide spray programs. He is a member of GreenSpeakers, a Toastmasters group. His published papers reveal strong evidence of environmental causation for polio, West Nile, SARS, and H1N1 epidemics. His recent book of human exposure studies indicts the practice of prenatal ultrasound.

Disclaimer: Jim West’s media is not intended to provide medical advice, diagnosis or treatment. His views are intended for discussion.

Jim West’s book, “DDT/Polio”, includes his groundbreaking article, “A Critique Of Scientific Literature: Pesticides and Polio”, first published in The Townsend Letter for Doctors and Patients, June 2000, then republished as a 2nd edition in 2002 by The Weston A. Price Foundation, with additional material and the editorship of Sally Fallon. The article summarizes his book, “DDT/Polio”, which he had attempted to publish in 1998.

Here is his article’s introduction:

It has been alleged that DDT causes or contributes to a wide variety of diseases of humans and animals not previously recognized as associated with any chemical. Such diseases included… poliomyelitis, …such irresponsible claims could produce great harm and, if taken seriously, even interfere with scientific search for true causes…[1] (Handbook of Pesticide Toxicology, edited by Wayland J. Hayes, Jr. and Edward R. Laws, 1991)

Hayes and Laws were informing their readers about the heretic, Dr. Morton S. Biskind.

In 1953, when Biskind’s writings were published, the United States had just endured its greatest polio epidemic. The entire public was steeped in dramatic images — a predatory poliovirus, nearly a million dead and paralyzed children, iron lungs, struggling doctors and dedicated nurses. The late president Franklin D. Roosevelt had been memorialized as a polio victim who was infected with the deadly poliovirus near the beautiful and remote island of Campobello. The media was saturated with positive images of scientific progress and the marvels of DDT to kill disease-carrying mosquitoes. Jonas Salk was in the wings, preparing to be moved center stage.

Through this intellectually paralyzing atmosphere, Dr. Biskind had the composure to argue what he thought was the most obvious explanation for the polio epidemic: Central nervous system diseases such as polio are actually the physiological and symptomatic manifestations of the ongoing government and industry sponsored inundation of the world’s populace with central nervous system poisons. 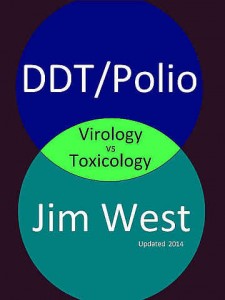 West’s eloquent graphs were reproduced in the book, Autism:  The Diagnosis, Treatment, & Etiology of the Undeniable Epidemic (2010), by John Oller, Jr., PhD. The German biochemist, Stefan Lanka, PhD, wrote, “Your polio work is great – and of the greatest importance.” Jon Rappoport, the investigative journalist, supports West’s work at NoMoreFakeNews.com. Anthony Brink, a leading proponent of the Perth Group, author, lawyer and judge in South Africa, supports West’s work. West’s graphs are reconfirmed in the book, Virus Mania (2003), by Torsten Englebrecht, journalist, and Claus Köhnlein, Doctor of Internal Medicine. Vaccine critics reference West, while arguing that hazardous vaccine programs are based on untenable germ fear, with Sheri Nakken, RN, an early supporter.  and naturopaths and chiropractic doctors, such as Tedd Koren, DC and Tim O’Shea, DC.

3 thoughts on “DDT/Polio: Virology versus Toxicology With Jim West”

https://crazzfiles.com/wp-content/uploads/2016/02/Jim-West.mp3Podcast: Play in new window | DownloadSubscribe: Apple Podcasts | Email | RSS Support Shannon’s Work WiFi Refugee; Plight of the Modern-day Canary On today’s podcast show I am joined by Shannon Rowan for our first podcast of the year to catch up and to continue our discussions. We break down the pathetic attempts by[…]