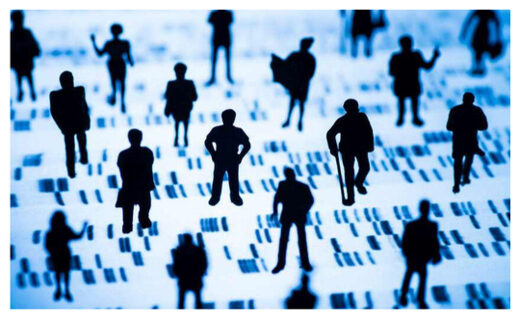 I find myself perplexed that commercial pharmaceutical enterprises, despite huge areas of uncertainty around safety and outcomes, felt that they could launch their experimental mRNA vaccines on the world’s population.

I am also confused how public health officials, the medical profession, and politicians became cheerleaders, even when a significant number of highly qualified scientists were waving red flags.

Worse, when the accumulating adverse effects and deaths, and the ineffectiveness of the Covid vaccines to stop transmission became very obvious, why was there no precautionary pause to take stock?

Nor was there any expression of regret, sympathy or remorse from our politicians.

The opposite in fact, politicians all over the world doubled down with vaccine passes, mass sackings, and progressed to water cannons and rubber bullets.

At this point in time, the weight of research points unequivocally to the lack of effectiveness of mRNA vaccines and the continuing risks of adverse effects.

See for example a 14 February 2022 report by the Israeli Ministry of Health, translation linked here.

Some statisticians now appraise vaccine injury as worse than Covid itself. No one but a mad person would be continuing to recommend these risky and short lived vaccines for a mild disease and punishing those who refuse.

The more so because the long term effects of the mRNA vaccine continue to be unresearched. It seems we have many mad people in our midst.

It is genuinely shocking how apparently sane caring health professionals ignore research findings, and how politicians refuse to meet and discuss concerns with constituents.

I am asking myself is there any valid reason to suppose that receiving an mRNA vaccine degrades decision-making, ethical, or empathetic capacity?

This is not an ad hominem attack. I fully realise I am going to be heavily criticised and even crucified for asking this question, but I believe it is a valid scientific question to ask.

It may not be scientifically fashionable, or to some acceptable, to ask questions about the relationship between mind and body, consciousness and matter, but any answers could point to exit strategies from the current pointless and destructive confrontation.

Many of you will be aware of recently published research from Sweden which found that genetic sequences from mRNA vaccines can integrate into liver cells in vitro.

This study builds upon earlier research and indicates pathways for genetic interference to be caused by Covid vaccines. For example, it presents a possible mechanism to explain the cases of autoimmune liver disease observed after Covid-19 vaccination.

I don’t personally have sufficient technical genetic and microbiological knowledge to explain the full import of this study, but various highly qualified experts have tackled this on YouTube and other platforms. For example see:

You will gain from this video an insight into just how little we do understand about the possible side effects of mRNA vaccines and how the risks are being casually dismissed, despite the obvious lack of knowledge about their extent and long term prognosis.

Importantly, no one understands the relationship between higher human functions and genetics.

The known integrative role consciousness plays in physics, biology, and all phases of life has been ignored for over a century in favour of a generally mechanistic or reductionist view of life and the universe.

It is no longer plausible or realistic to overlook the key role of consciousness. It is time to re-interpret experimental results and theoretical models.

It is inconceivable that the DNA molecule is not connected with consciousness. DNA lies at the centre of the cell. Without losing its structure or integrity it succeeds in producing and directing the frantic activity of millions of proteins and other cellular components rushing about within the cell membrane.

The system the DNA has set up and controls is capable of ensuring that damage to itself is more or less instantly repaired after the countless collisions and oxidative damage it endures.

It is without doubt that the DNA must do so in constant communication with trillions of other DNA molecules in other cells.

DNA is at the heart of a network or field of intelligence that has the hallmark of consciousness — intelligent, self-referral functioning.

It is now well known that cells have memory. Transplant recipients, especially heart recipients, can acquire the memories and behaviours of their donors.

A refined vegetarian concert pianist may suddenly become interested in eating hamburgers and rushing about on motorcycles, if these interests coincide with those of their heart donor (JOSHI Sandeep, Memory transference in organ transplant recipients, Namah Journal 19(1) 2011).

These changes can extend in some cases to deeper personality changes. It is also well known that cells make intelligent decisions quite independently of any commands from the brain.

Decisions that are not just automatically programmed, but are apparently novel responses to unusual threats. These responses point to a net of consciousness at work with individual cells as communication nodes of the network.

New nodes inserted into the cell network integrate with the total functioning of the organism and change the behaviour of the network.

Yet this is more than a network of individual elements in communication. The human individual — physiology, biology, neurology, psychology — is an integrated entity in its own right functioning as a WHOLE.

The Relationship Between Genes and Intelligence Remains Unexplored

It is not beyond rational thought to propose that if genetic sequences integrate into many cellular components of the physiology, they may influence mental states.

A wide scale disruption of DNA could be a result of mRNA vaccination, it has already been proposed by some as a possibility. This might be analogous to the effect of the MCAS software enhancement on the Boeing 737 Max.

This was sufficient to override the stability of a complex but long-standing plane design. No one expected the system to fail but it did. No one really understands how higher human functions like assessments of fairness emerge, nor how they might be altered.

We understand that animals do not have the same refined reflective, nuanced, moral judgement that we have, they are largely instinctual. It is natural for a lion to kill an antelope instinctually, but humans have a choice.

Animals share a great deal of DNA with ourselves, but somehow humans have free will and no one knows how this miracle is achieved by our genetics. We already know that gene therapy experiments on animals often go horribly wrong.

Is the highly developed and prized capacity of humans for creativity, morality and empathy something that can be put at risk by genetic manipulation? No one is asking this question, because the complexity of genetic function is beyond current science.

Yet some scientists feel gaily confident to interfere with millions of years of evolution. This weird bravado is completely at odds with past experimentation which has had disastrous results. Now it is being forced upon the whole population without a moral qualm. The insensitivity is frightening.

Some propose that this is a form of mass hypnosis or others that our fear of illness is being cleverly exploited.

Many have close friends or relatives who have become suddenly angry and ready to cut off all ties. The insensitivity is frightening. Researchers at Aarhus University in Denmark surveyed attitudes in 21 countries and found that vaccinated people despise those who refuse to get the jab – but the opposite is not true.

The researchers found that vaccinated people made “stereotypic inferences that unvaccinated individuals are untrustworthy and unintelligent, making the antipathy resemble prejudice towards other deviant groups”.

However, those who have refused the jab by and large do not think less of those who sought the protection it apparently offered.

The researchers said: “In the short run, prejudice against the unvaccinated may complicate pandemic management. In the long run, it may mean that societies leave the pandemic more divided than they entered.”

Is a Loss of Cognitive Ability Destroying Our World?

Have these extreme attitudes been curated by governments and mainstream media, or are they driven by a loss of cognitive perspective?

President Macron says he wants “to piss off the unvaccinated”, Justin Trudeau refers to protestors as “taking some space” and adds “do we tolerate these people?”, and Jacinda Ardern says “the unvaccinated don’t deserve everyday activities”.

Are they expressing carefully considered political sentiments or has their judgement been impaired and their emotions inflamed?

Is their refusal to openly debate scientific issues, a mark of immature thinking?

Have they reverted to a more primitive and fearful outlook than that they professed two years ago, and why would they do so?

It is certainly the case that evolutionary biologists argue that increased genetic sophistication led to higher human abilities. So can we lose them through genetic experimentation?

We are witnessing a world hazarding a war whose worst consequences are almost unthinkable — nuclear annihilation.

In this, the whole world has gone beyond brinkmanship to impetuous conflict.

Perhaps the judgement of some politicians has been degraded to the point that frustration, anger, and irrational imaginings of power are sufficient to override any consideration of human extinction.

We may never find out until until we have passed the point of no return, but the question of the day is:

If our intelligence is intimately linked to our DNA, can it be degraded by gene-based vaccines?

Guy Hatchard PhD was formerly a senior manager at Genetic ID a global food safety testing and certification company (now known as FoodChain ID) . He is the author of a book: Discovering and Defending Your DNA Diet — Leveraging the power of consciousness and plants to heal ourselves and our world.