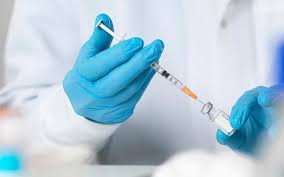 There are serious concerns being raised regarding contamination in vaccines, especially in light of the fact that many vaccines are now made in China.

China has a history of producing tainted and/or toxic products.

For example, in 2008, an estimated 300,000 infants fell victim to contaminated infant formulas made in China. Six of the infants died. Four years after that, Chinese baby formulas were found to contain dangerous levels of mercury and were forced to recall six months’ worth of production. Then one month after that, China authorities discovered more shipments of contaminated infant formula, this time poisoned with a cancer-causing toxin aflatoxin, a carcinogenic substance produced by fungus or mold. It was found in “excessive” amounts (The New York Times, 2012).

Already there are problems reported with vaccines from China.A series of news reports coming out of China reveal that thousands of doses of improperly stored and expired vaccines for children are being sold (Cáceres, 2016).

Moreover, there is new research evidence to suggest that contamination in vaccines is a problem.In a new study, Italian researchers Gatti and Montanari (2016) used sensitive new technologies to examine vaccines. These scientists examined 44 samples of 30 different vaccines and found dangerous contaminants in 43 of the 44 samples tested. They found single particles and aggregates of organic debris including red cells of human or possibly animal origin and toxic metals including lead, tungsten, gold, platinum, silver, bismuth, chromium, aluminum, bromine, silicon, titanium, stainless steel, and tungsten.

If the activation and inflammation are sustained, the brain’s immune system can become in effect“derailed” and healthy brain tissue can be destroyed as “collateral damage”. This is the very issue found in children with autism spectrum disorder (Rodriguez and Kern, 2011).

With one in six children in the United States having a neurodevelopmental disorder already, we already have a problem.

Can we stand to put our children at an even greater risk by injecting them with contaminated vaccinesmade in China?

Bolen Report. MANDATORY California Childhood Vaccines REALLY ARE Made in China – And There Is NO Quality Control What-So-Ever…

One thought on “Do We Really Want To Inject Our Children With Vaccines Made In China?”