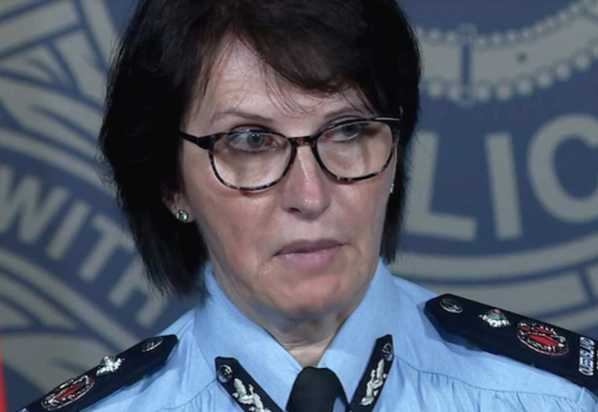 A video of Queensland Deputy Police Commissioner Tracy Linford telling people to dob in Covid deniers to counterterrorism police has exploded across the internet:

It is only slightly nuttier than the “do not touch that ball” cat lady.

It’s only a matter of time before the ABC moves in to do some damage control and publishes so-called “fact check” pieces claiming the police cat lady did not say what she said.

But the internet is forever:

“We’ve got other specialist teams online like our Covid online team, evidence extraction experts, our forensic police. We also have involved our security and counterterrorism teams, and the reason they’re involved is they are skilled at looking at the motivation why people do things like we saw last Monday.

How about word-salad-fatigue fuelled violence? Seriously, they are inventing new definitions every day. Everybody is basically a terrorist now.

“Part of my role is in counterterrorism and we meet nationally with the Australia New Zealand Counter Terrorism Committee and discuss these issues regularly, so we do investigate and monitor people who demonstrate, and we know show concerning behaviour…

“If it’s anybody out there that knows of somebody that might be showing concerning behaviour around conspiracy theories, anti-government, anti-police, conspiracy theories around Covid 19 vaccination, we want to know about that, and you can either contact police directly or go through crimestoppers.”

If your school principal and a couple of teachers quit because they oppose forced vaccination to keep their jobs, just call the police and they’ll send a SWAT team to murder them in cold blood then lie about it afterward.

Wieambilla is basically Charlottesville for the Freedom Movement. They’re going to use it as the excuse to label anybody who opposes the mass forced vaccination agenda as a terrorist. Authorities found an excuse to jail Russian activist the Cossack for several months just before the federal election, and Monica Smit chose jail time in preference to being muzzled.

Her proposed bail conditions mirrored those set on Neil Erikson, who chose a month in prison rather than to be silenced, and Jacob Hersant. Thomas Sewell and Simon Hickeyhave both been jailed without trial explicitly for their political beliefs.

The thing to understand is that Covid Tyranny is not over. The lockdowns, mask mandates and the hated vaccine mandates have ended but the Regime is now going all in on stifling all dissent.

Finally, let’s reiterate a point made in yesterday’s report. The Daily Mail attempted to deflect readers’ attention from a stunning backpedal by police by claiming it had busted irrelevant“myths” about the Wieambilla shooting. 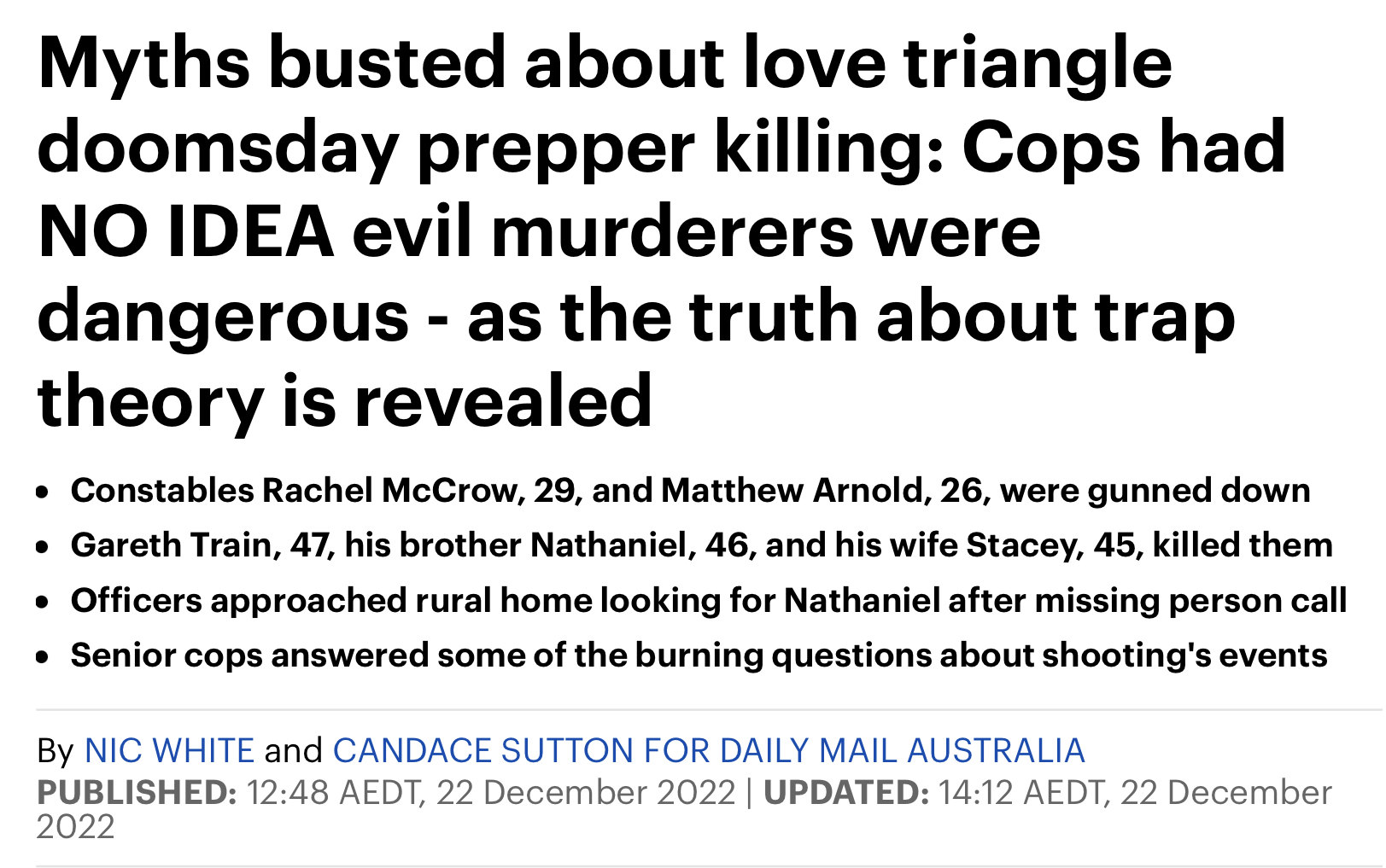 The real story was that the police changed their story.

They initially claimed they were investigating a missing person’s report, but then all the crazy Covid conspiracy theory terrorists on the internet in their Mums’ basements in Florida kept asking why they sent four officers and not just two.

The story has now changed:

They discovered he had an outstanding warrant from this incident that police tried to speak to him about in August but couldn’t find him, so they took the opportunity to follow that up at the same time.

His firearms licence was also suspended as a result of him abandoning two unsecured guns behind after the border-running incident.

Gareth had only a 1998 offence for possessing a firearm with an expired licence, and Stacey no police history at all.

Deputy Commissioner Linford said four officers went to the property, rather than the usual two, because it was standard procedure when serving a warrant.

What they’re saying is that all the Covid denying conspiracy theorists who are exhibiting concerning behaviour and are probably terrorists actually have a point.