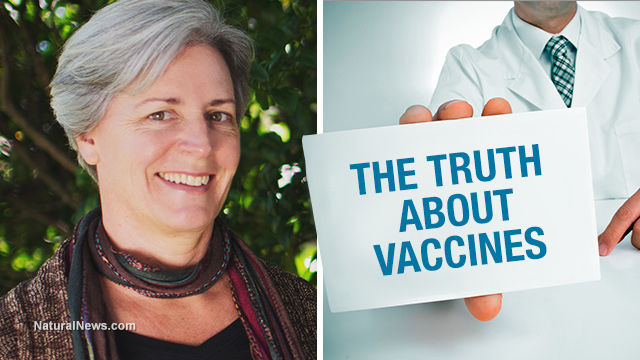 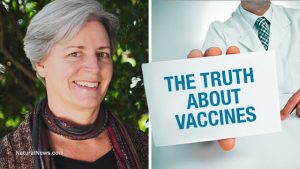 Suzanne Humphries, MD, is an accredited doctor who has been in the traditional medical system from 1989 to 2011—but now she’s come out to express her critical views on vaccines. (scroll down for full interview video).

According to Suzanne, the vaccine industry gives the general public an extremely biased and one-sided story.

After leaving the traditional medical system to start her own holistic practice, she felt implored to inform parents about the true dangers posed by such inoculations.

The medical world is constantly pushing for the general public to believe vaccines are not only safe, but necessary for good health.

Suzanne—who was a Nephrologist (kidney physician)—expressed how she “saw how often [conventional medicine] fails patients and creates new diseases” and how she left her profession to research “the many problems with mainstream medical theory.”

She continued, “Why must such a ‘wonderful product’ be forced on people? Inventors of vaccines have chosen a belief system whereby infants are all born with inadequate immune systems (and therefore need to be “saved” from diseases by vaccines).”

“It’s a proven fact that vaccine manufacturers and health authorities have known about the dangers associated with vaccines for a very long time, but have chosen to withhold them from public knowledge in order to maintain ‘herd immunity’. This is scientific fraud and manipulation of scientific data that’s dished out to doctors worldwide.”

Vaccines are constantly promoted and pushed as something that is not only safe, but necessary for children, even when an increasing amount of evidence and professionals come out with contrary opinions.

Last month we reported how scientists from Oxford University bizarrely went ahead with an inoculation program in which hundreds of babies and young children in Africa were injected with tuberculosis (TB) vaccines—despite numerous failed tests on monkeys that caused them to “die rather rapidly”.

Yet even with the increase in evidence suggesting vaccines may not be safe, many people continue to blindly subjugate their children to the possible threat.

This article was originally published by David Wolfe.com

We would like to ask you for a small favour.

Australian National Review’s community of readers and following is stronger than ever. However, advertising revenues across the media are diminishing, especially without a paywall. We keep our news free because as a non-profit, our focus is to make sure you are informed of the truth.

But running a news website has costs involved. We want to continue on our mission to enforce a free press, especially in this day and age where mainstream media and big corporations are going all out to suppress us.

At ANR, we are not affiliated with any big corporations, businesses or the government. All we care about is unbiased and truthful reporting. Also since Google is now censoring ANR and other alternative news sites due to Google wanting only Fake News promoted by Mainstream Media and the suppression of the truth .

As a non profit without supporters donations we can’t fund ANR.

Will you help us remain a force for good and expose corruption in media , Government and industry? By supporting The Australian National Review with just what you can afford, you can help us ensure that everyone has access to free press for years to come.