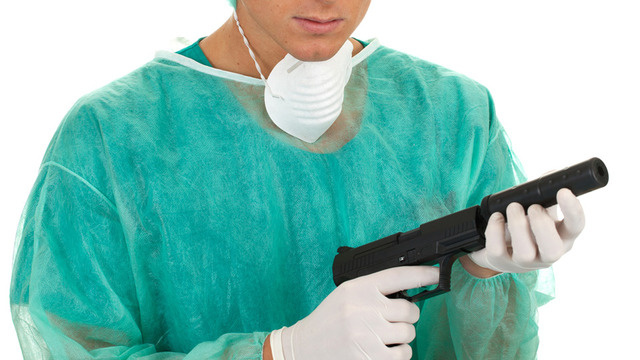 “The medical establishment kills 783,936 people
every year in the USA.”

MIKE ADAMS reveals why you are 6200% more likely to be killed by your doctor than by a homicidal shooter. This is based on U.S. government statistics from the Centers for Disease Control, combined with doctor-caused deaths published in the Journal of the American Medical Association.

These data show that FDA-approved prescription drugs kill 290 Americans every single day, meaning that for mass shootings to approach that number, you’d have to see a Colorado Batman movie massacre take place EVERY HOUR of every day, 365 days a year.

Heath Ledger in a medical scene from The Dark Knight, 2008.