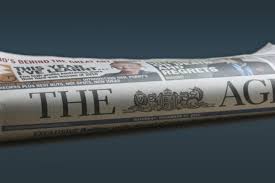 Dr. Rima Replies to “The world without vaccines was a cruel place” Article :

Australia is in a vaxxing frenzy. Since vaxxing, especially multiple and repeated vaxxing, is totally unsupported by any real science and since the agendas behnid it require massive compliance, the propaganda water cannon are out in full force.

The US, Canada, EU, South America, Africa and Asia are under exactly the same kind of global vaccine mandate attack.

If vaccination is such a good thing, why do they need to force it on us? Why ban the debate, the exposure of the insanity of bypassing the natural defenses against pus and poison by injecting it directly?

Today, in the Australian paper The Age, Dr. Donald Bourquin showed his compassion for children and his abyssmal ignorance of the reality of vaxx.

I published this comment in response to him. Let’s see how long it is before I am banned from The Age!

Dr Bourquin is a compassionate physician, for which I honor him. He is, however,also a well-propagandized one, for which I criticize him..

The ONLY things which have ever reduced infectious disease morbidity and mortality are clean water, hygiene, sanitation and improved diet.

For epidemiological verification of that statement seehttp://drrimatruthreports.com/…/Final-All-India-Medical-Con….

Dr. Wakefield’s paper showed a connection between serious gastrointestinal disorders IN autistic children. Reading it (which I would suggest Dr. Bourguin actually do, makes that quite clear.

It was Rupert Murdoch, with strong personal financial interests in the vaccine industry, who created the absurd notions that viciously destroyed Dr. Wakefield’s career.

Dr. B. has been taught to believe that the decline in infectious diseases is due to vaccines (false) but not to see that the so very profitable increase in chronic, degenerative diseases is directly correlated with the increase in those vaccines according to every measure, including WHO and the Council on Foreign Relations!

Vaccines present a very different reality in the real world than in propaganda land: it turns out that the best way to predict epidemics statistically is to track where vaccine campaigns have taken place. That’s where the outbreak, epidemic or pandemic will be according to Maniotis and others.

But the propaganda says “Forget About That”!

Vaccine “science” is deplorably dishonest with a huge propaganda machine behind it. The truth is that injecting pus (including stealth viruses, foreign proteins, abortifactants like HCG or sterilizing agents like polysorbate 80) and poison (mercury, aluminum, squalene) does not cure or prevent disease. It does damage the immune system irreversibly and promote autoimmune and inflammatory reactions along with cytokine storms that maim and kill and, yes, cause autism. References atwww.DrRimaTruthReports.com Update: Unfairfax’s conflict of interest & how Murdoch uses his newspapers to push vaccines.

Dr Rima on the case and we should also promote the conflict of interest of fairfax who owns the age! They are Unfairfax and backed by pharma So a major holder of Glaxosmith Kline is JP Morgan