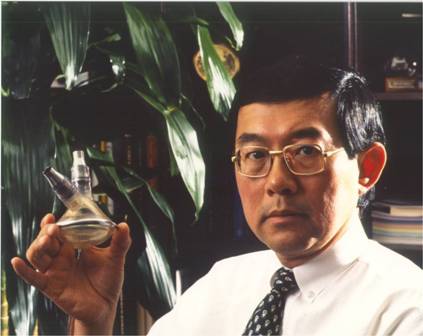 In 1991, celebrated heart transplant surgeon Dr Victor Change was gunned down in a suburban Sydney gutter.  Rumors circulated of Chang’s involvement in the Triads (Asian gangs) and the organ transplant black market.  The press speculated whether Chang was being blackmailed, or whether his killing was a case of mistaken identity.  But what if there was another reason why he was assassinated like criminal scum?  What if Dr Victor Chang was Colonel Chan?

It was the surgical lines drawn on 12-year-old abduction, rape and murder victim Michelle, whose body was delivered to Colonel Chan at Holsworthy Army Base, that got researcher Steve McMurray to thinking Chan was a surgeon.  Like all of my high profile perpetrators, Victor Chang graduated from Sydney University.  He closely associated with Australia’s VIP child traffickers, especially Kerry Packer.  He was a brilliant heart specialist with skills invaluable to the world of CIA mind control and secret military operations and projects.  His funeral was held at St Mary’s Cathedral in Sydney.

Victor Chang’s profile and voice match the sadistic psychopath I knew as ‘Colonel Chan’.  When ‘Chang’ is pronounced by someone with a Chinese accent, the ‘g’ seems silent – so it sounds like ‘Chan’ to a young child (see https://www.youtube.com/watch?v=fMMnXOZZX4I).  Researcher Steve McMurray’s father was based at Holsworthy, and he recalled there being only one Asian soldier present at Holsworthy in the 1970s and 80s – and his name was ‘Chan’.  This suggests Victor Chang may have altered his name to disguise his identity, like many of my perpetrators did.

Colonel Chan was associated with Delta, the Australian Army’s special operations unit based at Holsworthy Army Barracks south of Sydney.  What I witnessed at Holsworthy resembles Josh Clarke’s description of the US Delta Forces (http://science.howstuffworks.com/delta-force.htm).  Clarke said Delta Forces operate outside the traditional philosophies and practices of military life, wear civilian clothes, and work for whoever needs them, including the Army, FBI or CIA.  He noted that Mark Bowden interviewed several Delta Force operators for his book Blackhawk Down and described them as ‘professional soldiers who hate the Army’.  Clarke said the US government and military do not officially acknowledge the existence of Delta Force, yet vague references by the US government to the group’s existence have turned up in transcripts from Congressional hearings and biographies of high-ranking military leaders.

Delta assassin programming is linked to Theta psychic assassin programming.  Suitable candidates for the latter were taken to Dulce military base in the USA where they underwent training with self-confessed Satanist Colonel Michael Aquino who was involuntarily discharged from the Army due to investigations into his involvement in the ritual sexual abuse of children at the Presidio Day Care Center in San Francisco.  Aquino was a Psychological Warfare Specialist in the US Army from 1968 until 1990.  He was an expert in the weaponization of psychic ability, as parodied in the mockumentary, Men who Stare at Goats.  Mainstream science sometimes offers glimpses into what the military hides from the public, military technology that is decades ahead of what the public see.  For instance, consider Colin Ross’ research involving measuring the electrical energy emitted from a human stare (see http://www.rossenergysystems.com/Downloads/Paper_Ocular-Extramission.pdf).

Never place a celebrity on a pedestal.  You have no idea who and what they are behind closed doors.