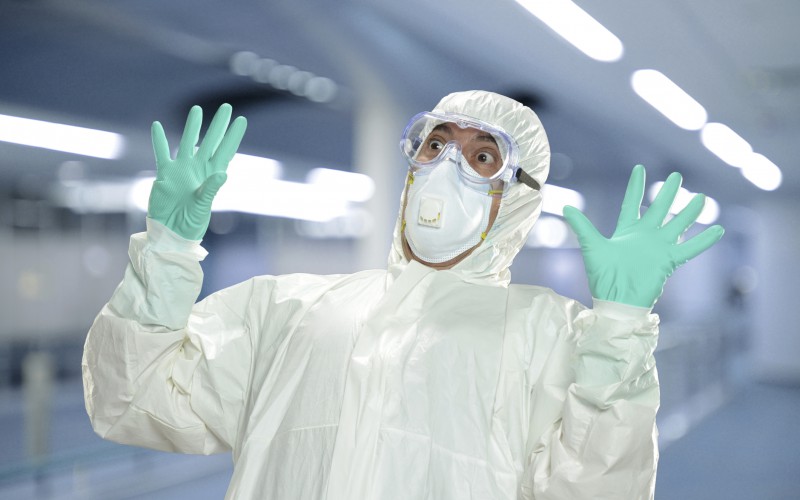 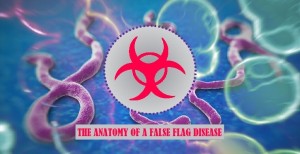 There’s no better example of the deceptive world we live in than the manufacture of a disease. Epidemic or pandemic, whether it’s the zika virus or others such as ebola, swine flu, bird flu, SARS… all these diseases share a number of common repetitive patterns throughout their deceptive histories.

So, here are 10 common repetitive patterns making up the anatomy of a manufactured, ‘false flag’ disease.

1. A disease outbreak suddenly finds its way into the spotlight of mass media attention.

Through unquestioning blind acceptance, going into agreement with the general consensus through mass media spin the sheep-like public immediately assume that the official authoritative view regarding the disease outbreak is correct…

Those not readily accepting the official view, able to think for themselves, through questioning suspect that a deception may be at work:

For starters, something to immediately arouse suspicion at least at the early stages of the scare is the fact that these diseases have existed before and had only produced temporary mild feverish, flu-like symptoms. So why the sudden epidemic outbreak of a so-called deadly virus?

As with other false flag diseases, the zika deadly virus claim was found by independent investigative journalists such as Jon Rappoport to have a number of unfounded assertions, irreconcilable errors and contradictions:

The first stage when proving that a particular virus is responsible for an epidemic is to show its presence in every case or prove overwhelmingly by percentage. But in the realm of a false flag disease this doesn’t happen.

With, for example, the recent Zika pandemic outbreak In Brazil it was discovered that there were 404 cases not the suspected 4783: Then only 17 of these 404 claimed cases could confirm the zika virus! But the Brazilian authorities ignored this and just went on to falsely claim that zika was responsible for microcephaly (children born with abnormally small heads due to incomplete brain development).

Wasn’t this a case of bad science and bad lies? The Emperor has no clothes.

Then there was the case of the 2014 Ebola outbreak in West Africa. Here’s some good armoury for your false flag/false claims detection kit. Beware of 2 unreliable and untrustworthy tests: The PCR (Polymerise Chain Reaction) and antibody tests.

As with other diseases these tests were used to falsely claim that Ebola was responsible for the 2014 outbreak.

The PCR test is prone to mis-identification and contamination errors as it relies on growing such a tiny amount of viral fragment sample and can only produce qualitative results not quantitative, meaning that it cannot indicate whether or not a person has enough virus in them to get sick…

The antibody test if carried out correctly (as this test is frequently prone to errors) has the same problems in that it can only produce qualitative results. It can only tell if the person tested has antibodies for the specific virus. This would at least indicate that the person had at one time contracted the virus. However, it cannot tell whether or not the person presently has enough of the virus to get sick or have any virus in them at all.

Thus in both cases highly questionable results have been used to indicate sickness and disease. 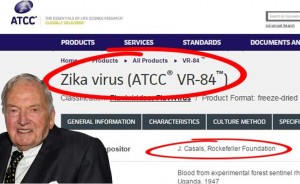 4. Either the disease doesn’t exist or its affect on the population is grossly exaggerated.

Furthering with the above, listed symptoms used to diagnose the disease have been known to be very broad, as for example, in the case of SARS. A person may be diagnosed with SARS but because the lists of symptoms to confirm the disease are so broad then they could have other unrelated illnesses such as a heavy cold. The same situation has occurred with the Swine flu and other so-called deadly outbreaks…

5. The ‘one condition = one causation’ scam.

Unfounded assertions, irreconcilable errors and contradictions continue to exist in the form of the official claim that the false flag disease has only one condition and is linked to only one cause, in spite of evidence to the contrary.

For example, the one condition, AIDS, has been linked (and indeed still is) to the one cause HIV virus. How can this be the case when:

Notably, the USA’s 85% males and 15% females AIDS ratio is the same gender ratio for drug addiction.

In other words, whether it’s in the USA or Africa, through a number of different circumstances AIDS is the result of a failed immune system, but these multiple causative factors are ignored.

(Notably, scientific developments in the treatment of AIDS [1] [2] are also ignored by the medical establishment, while pharmaceutical giant Merck’s HIV vaccine was shown to increase the risk of infection [3]. ~ Editor)

It continues on a lack of evidence or false scientific data, assumption and guesswork. People challenging the official view could be met with invalidation or even ridicule from those ignorant of the truth.

The faked deadly disease is one of a number of false ‘Bogeymen’, like fake terrorism, designed by the powers-that-be to keep us in a constant state of fear.

Then, to add to the theatre of illusion something common in false flags, there are crisis actors as in the case of Ebola.

Once again, false justification and ignorance continues. Anyone from the outside looking in would write this off as complete madness had they not worked out the ulterior motive behind the false flag disease which is:

8. A small number of individuals in high places greatly profit.

With a solution like this it doesn’t take a genius to see why the powers that be had secretly created the problem to begin with.

Further, the fake disease helps advance hidden agendas such as a population reduction using a ‘deadly virus’ cover as an excuse to implement birth control…

The fake disease scenario has been used as a convenient cover up for hiding a number of inconvenient truths, as in the case of the zika virus:

Conveniently, this ignores the evil biotech and agricultural corporations with their poisons and allows them to continue to profiteer and exploit those suffering in misery and distress, as for instance in the case of receiving ongoing funding for the development of GM mosquitoes to deal with the problem.

It’s quite simple, if you poison the populace with the above, as in the case of pregnant mothers, then terrible things can happen: Neurotoxins from the poisons can get into the mother and affect the developing foetal brain and cause microcephaly.

In spite of all the claims, how the Bogeyman disease is going to take countless lives by the hour, sweeping epidemically across the globe, nothing ever comes of it. The mass media cover soon stops without a whisper, and then people quickly forget about the disease.

The same old movie script will keep repeating itself over and over until people finally wake up, deconstruct these false flags by recognising their repetitive deceptions, then, through public outrage, demand that certain actions be taken and certain changes be made to get justice.

Paul Philips: My blogs, articles and videos and my related alternative news/natural health website www.NewParadigm.ws are my stand for the possibility of creating a world that makes a difference for everyone. I graduated in biomedical sciences. My website is slanted on health matters and exposes the related deceptions…

However, over the years I have come to the firm conclusion that just about every subject under the sun needs redefining using more truthful, honest and integral approaches in theory and practice, hence the name ‘New Paradigm’. From these new approaches, from the ‘imagination of ourselves,’ from our visions – a ‘new era’ in humanity can result!

One thought on “Ebola, Swine Flu, Zika, SARS – The Anatomy of a False Flag Disease”