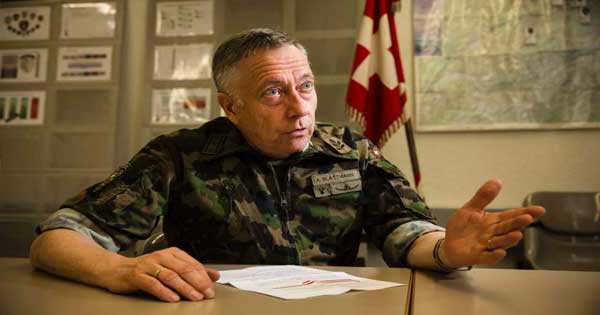 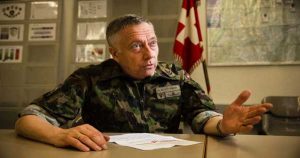 Society in western Europe is on the verge of breaking down amid chaotic violence caused by economic dislocation, mass immigration and terrorism. This is not the view of some ‘crazy survivalist’ but head of the Swiss Armed Forces.

Lieutenant-General André Blattmann has issued a warning to the Swiss people that society is dangerously close to collapse and advised those not already armed as part of the Swiss Army reserve to take steps to arm themselves.

Blattmann has been head of the Armed Forces since, 1 March 2009 and his words carry very significant weight in a country in which several Citizens’ Initiative referenda against burqas and mosques have proven enormously popular as concerns grow about immigration and Islamisation.

In the last two World Wars, the Swiss combination of mountains and armed citizenry preserved the country’s peace and neutrality, but in the coming conflict, Switzerland already has its own massive fifth column.

According to the newspaper Deutsche Wirtschafts Nachrichten:

“The threat of terror is rising, hybrid wars are being fought around the globe; the economic outlook is gloomy and the resulting migration flows of displaced persons and refugees have assumed unforeseen dimensions.”

Blattmann: “Social unrest can not be ruled out”, the vocabulary in public discourse will be “dangerously aggressive.”

“The mixture is increasingly unappetizing” Blattmann sees the basis of Swiss prosperity and society, “has long been once again called into question.”

He recalls the situation around the two world wars in the last century and advises Switzerland, to arm themselves.

The Swiss Armed Forces have in the past held general maneuvers in which the starting point was social unrest in neighbouring countries.

They, of course, include France and Austria, both of which face massive problems with immigration, Islamisation, and the elite’s repression of general concern about what is going on. The Lieutenant-General’s warning echoes that of Rear Admiral Chris Parry in 2006, when he said that the combination of immigration and Islam would cause “a civilisational collapse on a par with the fall of the Roman Empire”.

At the time, Parry was quizzed by hostile journalists but stuck to his guns, as did the then head of the British Armed Forces, who defended him on the basis that he hadn’t said that it definitely would happen, but was only warning what would happen unless the politicians addressed the problems. Needless to say, they failed to do so, in fact, they actually speeded the whole process up.

Norwegian Army Chief: – We must prepare to fight