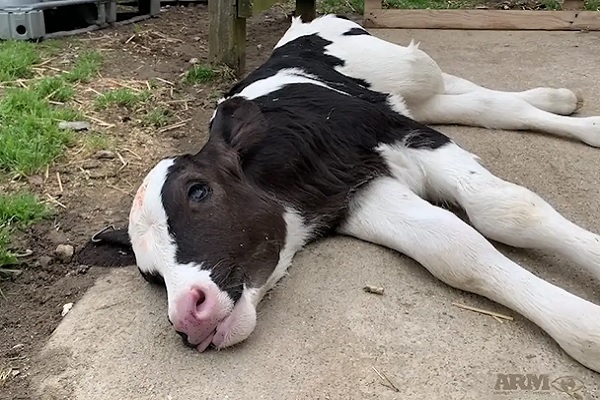 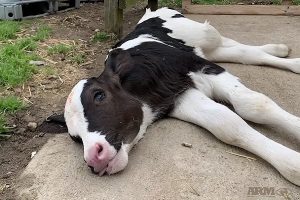 Even though Coca Cola claims it has a “progressive stance on animal welfare,” a recent undercover investigation of one of the largest U.S. Dairy Farm Fair Oaks in Fair Oaks, Indiana painted a horrifying picture. Animal Recovery Mission (ARM) spent three months collecting information and getting footage showing one of the worst and the most consistent animal abuse situations they have seen yet. Calves are seen and reported beaten in every way possible, burned, inflicted pain, and undergo other suffering.

In some cases it leads to permanent injuries or death.

The dairy line made from Fair Farms milk called Fairlife is a Coca Cola product.

The Fairlife website omits any statement about their stance on animal abuse, instead under “animal care FAQ” they spend the time focusing on trying to persuade the consumers that Monsanto’s artificial growth hormones or rBST are “safe for cows and humans.” They still choose not to use it due to public opinion on using this artificial hormone.

(According to Organic Consumers, rBST is a GMO drug developed by Monsanto to artificially increase milk production).

The Fair Oaks Farms’ website advertises itself as a fun, sustainable, safe and family-friendly place where animals are happy and healthy. The footage made from the investigation tells a different story.

“The difference between Fair Oaks Farms Dairy Adventure and the reality of the dairy industry is night and day. Everything is a lie,” says Richard ‘Kudo’ Couto, the founder of ARM.

ARM says it is the biggest investigation of all time.

“In 10 years of being undercover, we have never seen such consistent, constant abuse,” Couto says.

While there is a claim that male calves are not sent to veal farms, ARM investigators followed trucks who did exactly that. They took the male calves to MidWest Veal.

The rest of the cows also endured a sad fate. Daily life includes being kicked, punched, pushed, slapped, stabbed with steel bars, hit in the face and burned in the face with hot branding irons, denied food, and subjected to and dying from extreme temperatures. No medical attention is given.

“Sick or injured cows were provided no treatment as well. Cows too sick to produce milk were inappropriately shot with a small caliber weapon. This led to hours of suffering before expiring of a gunshot to the head,” said ARM spokesperson Rachel Taylor at a news conference about the investigation.

All calves at some point endure extreme pain and suffering.

“The calf abuse is by far the worst baby abuse we’ve have seen ever, undercover, in any investigation around the world,” Couto says.

Workers at the farms seem to show zero concern for the animals. Video footage shows calves thrown into trucks, pulled by the tail, severely hit on the head with milk bottles, kicked in the face, stepped on, dragged by the neck or back legs and lose their voices screaming likely out of pain.

When an ARM investigator pretended to be a new worker at ARM and received “training,” the only major rule they were told was “make sure you take the back road when you have dead calves in your transport. Do you understand?”

That way the tourists do not see it, instead they see a happy lie, according tot he investigation by ARM.

The organization reached out to stores where Fairlife is sold like Walmart and Target and are awaiting their comment. A few retailers like Jewel-Osco from Illinois have already pulled Fairlife off the shelves.

As far as the Fair Oaks Farms response, they have said that the employees seen in the footage have been fired, according to NBC. Meanwhile, Coca Cola stated that Fair Oaks Farms is 1 out of 30 of Fairlife suppliers, and they are talking with the farm about the issue.

Watch part of the investigation footage on Vimeo:

Drone Footage Exposes What Happens at the Largest Pork Producer in the U.S.

This article was first published on June 7 and updated on July 9. For more articles like these in your inbox (plus a free eBook), click here.