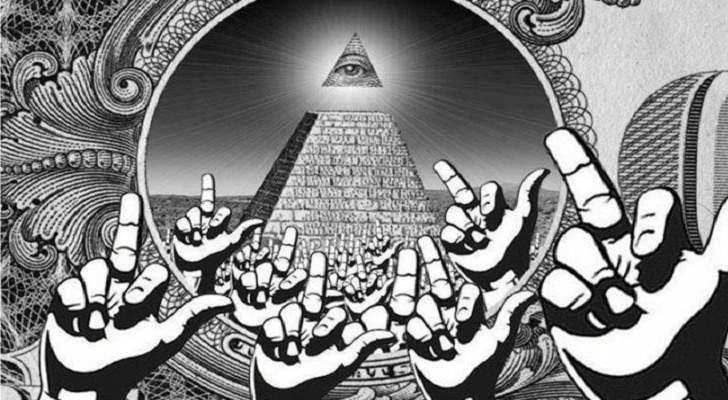 EVERYTHING IS RIGGED : Medicine, science, elections, the media, money, education, search engines, social media… you are living in a fabricated fairy tale:

Every institution in America is sold out, corrupted and politically rigged to favor Big Government and Big Business. “America is a lost country,” explains Paul Craig Roberts. “The total corruption of every public and the private institution is complete. Nothing remains but tyranny. And lies. Endless lies.”

CNN, Reuters and the Associated Press are all now shameless promoters of every big lie across every sector of society, from vaccines and GMOs to elections and politics. The federal government itself is incapable of doing anything other than lying, and it has totally corrupted the entire realm of science by pulling the strings of funding via the National Institutes of Health and the NSF.

The FDA is entirely corrupt, as is the USDA. Both function now as little more than marketing propaganda pushers for Big Pharma and Big Biotech. Similarly, Google, Facebook and Twitter are all rigged, too, censoring the voices they don’t want anyone to hear while highlighting the establishment lies they wish to promote.

Here’s what “rigged” really means… the tools of tyranny

When I say “everything is rigged,” what does that mean, exactly?

• All “official sources” are ordered to constantly lie about everything, weaving illusions to push a chosen narrative rooted in fiction (from “there are no Islamic terrorists” to “carbon dioxide is poison to the planet”).

• All voices of reason and sanity are silenced. Only the most insane, irrational voices are allowed to be magnified through any media (including social media). This is also true across the sciences, where real science has been all but snuffed out by political agendas (biosludge, GMOs, glyphosate, mercury in dentistry, etc.).

• All facts are obliterated by propaganda. Facts have no place in any debate, and those who invoke facts are shamed and silenced (or even fired from their jobs, expelled from their schools or bullied into a state of suicide on social media). Anyone who invokes facts on things like the actual statistics of police shootings is told they are “part of the problem” because they have the “wrong attitude” about social justice.

• Every branch of government is weaponized against the people and used as an assault tool against political enemies who threaten the status quo. (IRS, FDA, FTC, DEA, EPA, USDA, etc.)

• All science is distorted into absurd, politically-motivated conclusions about everything the government wants to use to control the masses: Vaccines, climate change, GMOs, fluoride, flu shots, chemical agriculture, carbon dioxide and so on.

• Every branch of medicine is hijacked by globalist agendas to make sure medicine never makes anyone healthier, more alert or more cognitively capable of thinking for themselves.

• Every “news item” that’s reported from any official source is deliberately distorted to the point of insanity, turning many facts on their heads while attacking anyone who might offer something truly constructive to the world. (Such as reporting that Clinton was “cleared” by the FBI when, in fact, she was indicted by the very facts the FBI presented!)

• All voices of truth are silenced, then replaced by meaningless, distracting babble (Kardashians) or meaningless, tribal sports competitions (the Rio Olympics). The point is to dumb down the entire population to the point of cultural lunacy.

• Any true reports that contradict any official narrative are immediately censored. For example, radio hostMichael Savage just got blocked by Facebook for posting a true story about an illegal alien who committed murder in America.

• Emotions are used as weapons to manipulate the masses. For example, when the mom of a Benghazi victim shares her grief with the world, she is ridiculed and shamed. But when a radical Muslim fatherwho’s trying to bring Sharia Law to America attacks Trump by expressing his loss of his soldier son, the media turns him into an instant celebrity, praising his “courageous voice” for daring to speak out. The media hypocrisy is enough to make you vomit…

What exactly is rigged?

• The entire mainstream media
• Google search engine and Google News
• Facebook and Twitter
• The DNC and the RNC (both 100% rigged by globalists)
• Every federal agency (EPA, FDA, etc.)
• The entire justice system (makes a total farce of real justice)
• Interest rates and the value of the money supply (central banksters)
• Academia (all public universities)
• EPA’s “safe” limits on pesticides (all rigged by Big Biotech)
• Food and food labeling (all run by corrupt food companies)
• Public education (rigged into Common Core anti-knowledge idiocy)
• Banking and finance (all controlled by globalists)
• Government economics figures and statistics
• Medicine and pharmaceuticals (rigged to maximize profits)
• Big Science (totally rigged by government agenda pushers)
• The music industry (most top singers can’t sing at all)
• Weapons manufacturers and war corporations
• The illegal drug trade (it’s run by the government)
• Political elections (all 100% rigged at the federal level)
• Political polls (now rigged by Reuters, too)
• The health insurance industry (rigged by Obamacare)
• College admissions (legally discriminates against Whites and Asians)
• 9/11 and domestic terrorism (all rigged “official stories”)
• Oil and energy industries
• The rule of law (rigged in favor of the rich and powerful)
• Infectious disease and the CDC (a constant stream of lies)
• Hollywood (all run by globalists)
• Climate change science (all a grand science hoax)
• Press release services (they only allow official narratives)
• History (what you are taught is mostly a lie)
• Government grants (only given out to those who further the agenda)
• Government bids (only awarded to those who kick back funds to corrupt officials)
• Consciousness and free will (we are all taught consciousness doesn’t exist)
• Ethnobotany (medicinal and spiritual use of healing plants)
• Life on other plants (the obvious truth is kept from us all)
• The origin of the universe (the official narrative is a laughable fairy tale)

If you’re pondering where all this is headed, look no further than Communist China, where all independent news has been outlawed by the state. Political prisoners across China have their organs harvested to enrich black market organ traders, and nearly one out of every three urban citizens is a secret spy who snitches on friends for the totalitarian communist government.

Hillary Clinton is the embodiment of Communist Chinese totalitarianism. She’s such a perfect fit for their disastrous model of human rights abuses, government corruption and systemic criminality that I’m surprised she doesn’t live in Beijing. If Clinton gets elected, America is gone forever, replaced by a criminal regime of totalitarians who violate the RICO Act as a matter of policy.

If this entire rigged system of biased media, Facebook censorship, Google search result manipulations and twisted science ends up putting America’s most terrifying political criminal into the White House, it’s lights out for the American we once knew. Almost immediately, the nation fractures into near Civil War, with calls for secession growing unstoppable as state after state seeks to escape the political wrath of an insane regime of D.C. criminals and tyrants. #TEXIT

We now live in two Americas: Half the country is tired of everything being rigged, and the other half can’t wait to be exploited by yet another crooked leftist LIAR who rigs everything

6 thoughts on “Everything Is Rigged: Medicine, Elections, Food, The Media…You Are Living In A Fabricated Fairy Tale”