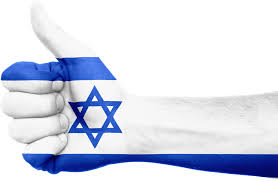 Social media critics of Israel’s occupation of Palestine have intimate familiarity with the swift hand of Facebook censorship, facing temporary or permanent account bans, post deletions, and newsfeed suppression more consistently and thoroughly than those focusing on nearly any other issue.

Now, Facebook readily acknowledges not only do the United States and Israeli governments submit myriad such requests pertaining to the ostensive contentious accounts of Palestinian activists and advocates — on the nebulous and subjective grounds of “incitement” — but the leviathan company obediently and readily complies with those demands. And zealously so.

“Israeli security agencies monitor Facebook and send the company posts they consider incitement,” the New York Times reported in December 2016. “Facebook has responded by removing most of them.”

Tellingly, the Independent reported in 2016, of a survey, “96 percent of Palestinians said their primary use of Facebook was for following news” — meaning account deactivation and censorship of news by the platform poses a realistic existential threat to a population living in that active conflict region.

In 2016, Facebook admitted submitting to Israel’s orders an inconceivably unjustifiable percentage of the time, after executives met with Israeli officials — who complained the social media platform hadn’t gone far enough to ameliorate the plague of putatively ‘inciting’ content and threatened to enact laws obliging the company to comply or be censured throughout the entire country. Israeli Justice Minister Ayelet Shaked indeed later boasted of Facebook’s exemplary rate of compliance (95 percent) with censorship requests from Tel Aviv.

Shaked — a supporter of illegal Israeli settlements, an opponent of the two-state solution to the conflict, and youngest person ever to obtain the position of justice minister, who once likened young Palestinian children to “little snakes” — presided over Israel’s talks with Facebook, The Intercept’s Glenn Greenwald notes.

Hotly disputatious though censorship generally is, Facebook significantly exacerbates the controversy in its unforgivably erratic enforcement of written and apparently implicit policies pertaining to speech.

“As Al Jazeera reported last year, ‘Inflammatory speech posted in the Hebrew language … has attracted much less attention from the Israeli authorities and Facebook.’ One study found that ‘122,000 users directly called for violence with words like “murder,” “kill,” or “burn.” Arabs were the No. 1 recipients of hateful comments.’ Yet there appears to be little effort by Facebook to censor any of that.

“Though some of the most inflammatory and explicit calls for murder are sometimes removed, Facebook continues to allow the most extremist calls for incitement against Palestinians to flourish. Indeed, Israel’s leader, Benjamin Netanyahu, has often used social media to post what is clearly incitement to violence against Palestinians generally. In contrast to Facebook’s active suppression against Palestinians, the very idea that Facebook would ever use its censorship power against Netanyahu or other prominent Israelis calling for violence and inciting attacks is unthinkable. Indeed, as Al Jazeera concisely put it, ‘Facebook hasn’t met Palestinian leaders to discuss their concern.’”

Tel Aviv, however, doesn’t enjoy sole reign as arbiter of the unacceptable to spineless Facebook executives more fearful of a dearth in customers than imperative principles of free speech — evidence Washington, D.C., wields its own substantial ban hammer is now surfacing, as well.

Because he landed sanctions from the U.S., the autocratic head of the Chechen Republic, Ramzan Kadyrov, recently witnessed over 4 million fans and followers evaporate instantaneously upon the deactivation of both his official Facebook and Instagram accounts. With a list of horrific human rights violations and accusations against him as long as it is merciless, Kadyrov seems the penultimate candidate for U.S. sanctions — by their very definition, State-levied sanctions target an enemy entity’s wallet — not their voice.

That Facebook explicitly cited a government’s sanctions for the Kadyrov banishment — yet appears to heed only the admonishments of the U.S., Israel, Saudi Arabia, and their steadfast or otherwise useful allies — evinces the development of a dangerous loophole for administrations worldwide to circumvent laws establishing protections for speech and expression.

“It’s not a law that appears to be written or designed to deal with the special situations where it’s lawful or appropriate to repress speech,” observed surveillance and cybersecurity counsel with the ACLU Speech, Privacy and Technology Project, Jennifer Granick, for the New York Times. “This sanctions law is being used to suppress speech with little consideration of the free expression values and the special risks of blocking speech, as opposed to blocking commerce or funds as the sanctions was designed to do. That’s really problematic.”

To be clear, the sanctions law is being surreptitiously and fatefully expanded to target speech, in an unstated blitzkrieg against whomever the U.S. and Israel say deserve it.

Worse, Facebook lacks clarity in policy so as to negate and leave open to conjecture what factors actually determine which political dissident — or independent journalist, or conscientious objector, or activist, or leader, or political party, for that matter — poses too great a threat to continue speaking on a platform to a prospective total audience of billions. Notably, a number of other leaders gracing America’s sanctions list have not had their accounts deactivated, nor posts removed, nor any other indicators of suppression to back Facebook’s justification for the censorship of Ramzan Kadyrov.

Facebook originally, and to an extent, still, marketed itself as the planet’s gathering space, introducing different cultures, classes, races, nationalities, and creeds to facilitate better understanding of the world — humanity — through social interaction; but, somewhere during the platform’s nearly fourteen years in existence, that melting pot soured.