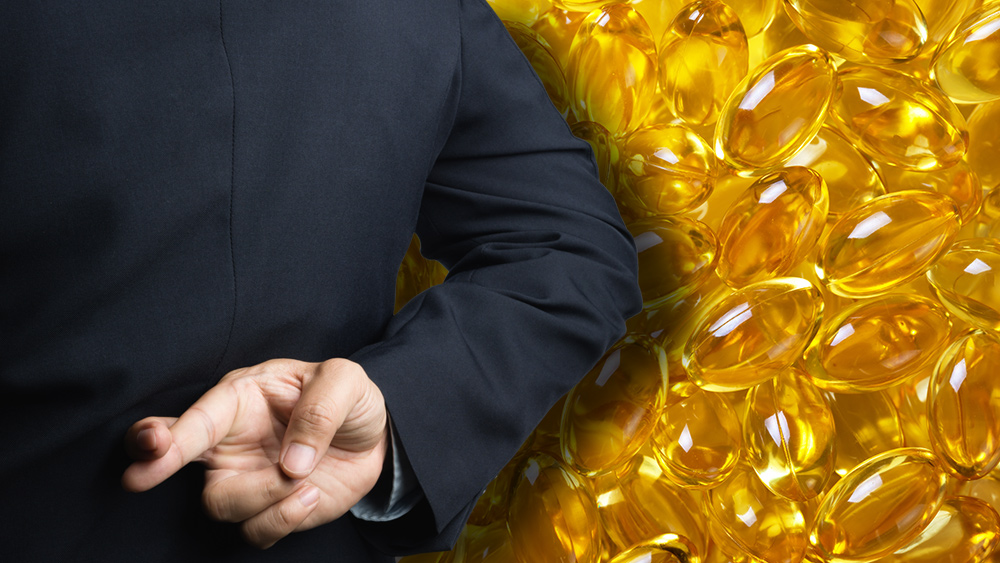 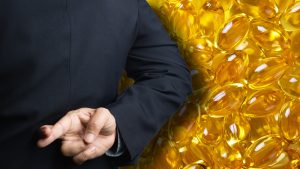 A breakthrough scientific study published in the Journal of the American Medical Association says that vitamin D supplements are totally useless at preventing cancer. Yet the exact same study also provides compelling evidence that vitamin D supplements are highly effective at preventing cancer, according to the study’s own authors. What’s going on here?

This is just the latest example of “science spin” where two different groups can interpret the exact same scientific study in opposite ways, producing conflicting results that confuse the public. It also reveals how certain pharma-connected publishers such as JAMA work tirelessly to smear the reputation of nutrients for preventing disease (in order to protect the profits of the pharmaceutical industry, of course).

Check out this screen shot from Science Daily taken yesterday: 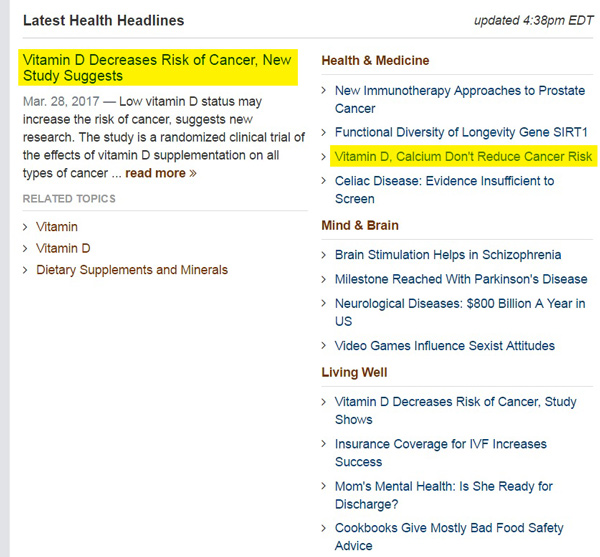 Now, witness how “science” is flipped upside down by pharma-connected “science influencers” by reading the following two story summaries, both of which appeared on Science Daily:

(NOTE: After this article first appeared, Science Daily stealth-edited their headline to discredit the study, turning their headline into a question rather than a statement. The original headline read, “Vitamin D decreases risk of cancer, new study suggests.”)

Increasing vitamin D levels may lower risk for developing cancer, according to a study conducted by Creighton University with cooperation from the University of California San Diego. The results of the study were released today in the Journal of the American Medical Association.

Among healthy postmenopausal women, supplementation with vitamin D3 and calcium compared with placebo did not result in a significantly lower risk of cancer after four years, according to a study published by JAMA.

Both stories reference the exact same study carried out by Joan Lappe, Ph.D., R.N., of the Creighton University Schools of Nursing and Medicine in Omaha.

Here’s the screen shot of the Science Daily article before they altered the headline in response to this article: 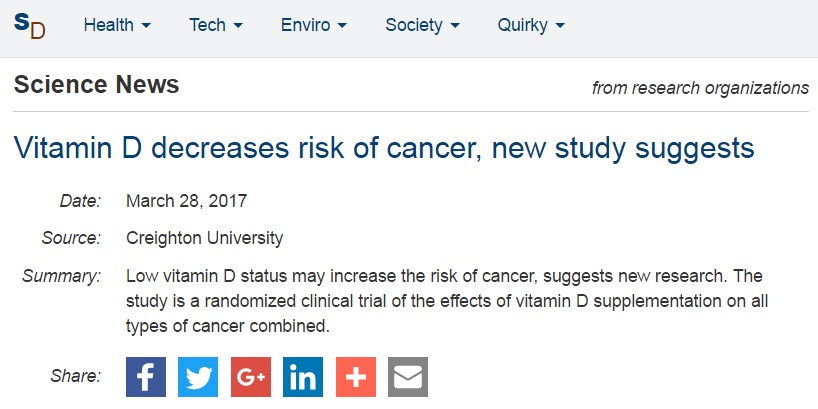 What’s also fascinating about this glaring example of contradictory conclusions from the same science study is that each side seems to justify its conclusion with logic and reason.

From the pro-Vitamin D conclusion, which is supported by those who actually carried out the clinical trial:

“This study suggests that higher levels of 25(OH)D in the blood are associated with lower cancer risk,” said principal investigator Joan Lappe, PhD, RN, Creighton University Criss/Beirne Professor of Nursing and Professor of Medicine. “The study provides evidence that higher concentrations of 25(OH)D in the blood, in the context of vitamin D3 and calcium supplementation, decrease risk of cancer” she said. These results contribute to a growing body of scientific findings, including results of a similar randomized controlled clinical trial preceding this one in Nebraska women, that indicate that vitamin D is a critical tool in fighting cancer” she said. “It is also of value in preventing other diseases, according to previous research,” Lappe said.

However, the opposite conclusion is reached by the “JAMA Network Journals” — an organization heavily funded by Big Pharma — which claims “no statistically significant difference” between the two treatment groups:

There was no statistically significant difference between the treatment groups in incidence of breast cancer… The authors write that one explanation for lack of statistically significant differences between the treatment groups in all-type cancer incidence is that the study group had higher baseline vitamin D (serum 25-hydroxyvitamin D) levels compared with the U.S. population.

What’s really happening here is that JAMA Network is deliberately publishing fake news about real science, intentionally negating the positive findings of the study with a deceptive, negative conclusion that isn’t rooted in any evidence whatsoever.

As you can see from this JAMA Network entry entitled, “Effect of Vitamin D and Calcium Supplementation on Cancer Incidence in Older Women,” a “Key Points” section concludes, in contradiction to the evidence, “Supplementation with vitamin D3 and calcium did not result in a significantly lower risk of cancer among healthy older women.” 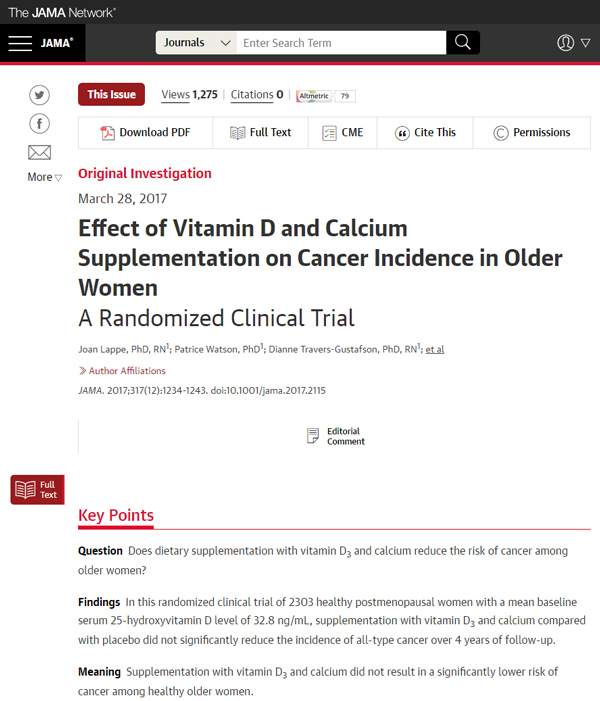 But the data show that those who did not receive vitamin D supplementation were at a 42.9% increased risk of cancer, compared to the vitamin D supplementation group. That’s not significant? A 42.9% difference between the treatment group and non-treatment group would be celebrated as a “breakthrough” if we were talking about a drug designed to prevent heart attacks or cancer. JAMA Network Journals is chock full of articles describing advances in pharmaceutical medicine that showed only a fraction of those statistical gains. In some drug trials, statistical differences as low as 5% are frequently heralded as significant evidence that the drug is “efficacious.”

That’s not science. That’s just industry propaganda parading around, pretending to be “facts.”

Based on the JAMA Network Journal’s dishonest analysis of the study, the UK Daily Mail goes on to publish a totally false article — fake news — that ridiculously claims vitamin D supplements are useless for preventing cancer, doing a tremendous disservice to its own readers.

Its headline blares, “Fashionable vitamin D supplements do NOT reduce the risk of cancer – despite years of evidence to the contrary.”

The story goes on to report a blatant falsehood, claiming, “Taking fashionable Vitamin D supplements does not reduce the risk of cancer for older women, a study shows.” 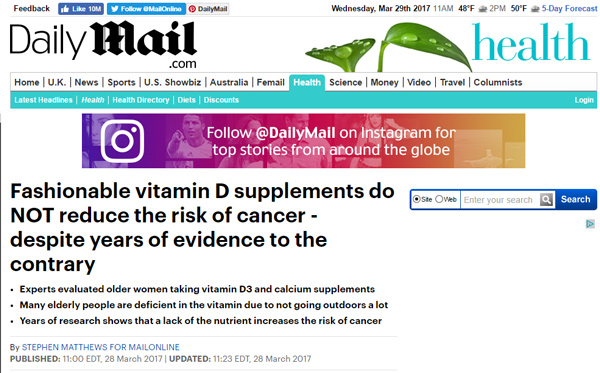 In truth, the study shows a 42.9% increase in cancer risk among those who did not take the supplements. Yet the UK Daily Mail reports the opposite, misleading its readers who, living in the UK, already suffer from chronic vitamin D deficiency due to the lack of sunlight across most of the United Kingdom.

This is truly bad journalism on the part of the UK Daily Mail, which typically does a far better job of reporting on nutritional breakthroughs and even highlighting the dangers of risky medications.

Conclusion: Even mainstream medical journals push fake science when they think they can get away with it

In the current debate about “fake news” vs. real news, nobody has put the medical science journals under the microscope to ask whether they are deliberately pushing FAKE SCIENCE that generates fake news.

As it turns out, they do. The JAMA Network, shown here, deliberately falsifies a fake conclusion that’s contradicted by the evidence, then reports its conclusion as fact. That “fact” is then cited by the mainstream media which, by default, takes JAMA conclusions as gospel even though they are industry-influenced falsehoods.

That’s how fake news becomes “scientific fact” in the world of the pharma-controlled mainstream media. And that’s exactly why you can’t trust any analysis you read in any pharma-funded science journal or medical journal. They deliberately and knowingly lie about the studies they cover, making sure that clinical trials involving nutrition, herbs and natural remedies always produce negative conclusions, regardless of what the data actually show.

If you want real news about science in nutrition, medicine and health, you have to read independent sources that aren’t funded by Big Pharma. This is why PLoS journals are far more credible than JAMA, by the way. It’s also why Natural News is far more credible than the New York Times or even the UK Daily Mail when it comes to honest reporting on nutritional science. We take no money from pharma, which means pharma can’t control our editorial decisions. (Yes, Big Pharma exercises near-total control over the editorial decisions of nearly the entire mainstream media, from CNN and the Washington Post to the medical journals themselves.)

If you want real, honest, independent news on nutritional science breakthroughs, read Natural News. We also publish Medicine.news and Scientific.news as well, so check out those sites when you want to be honestly informed. 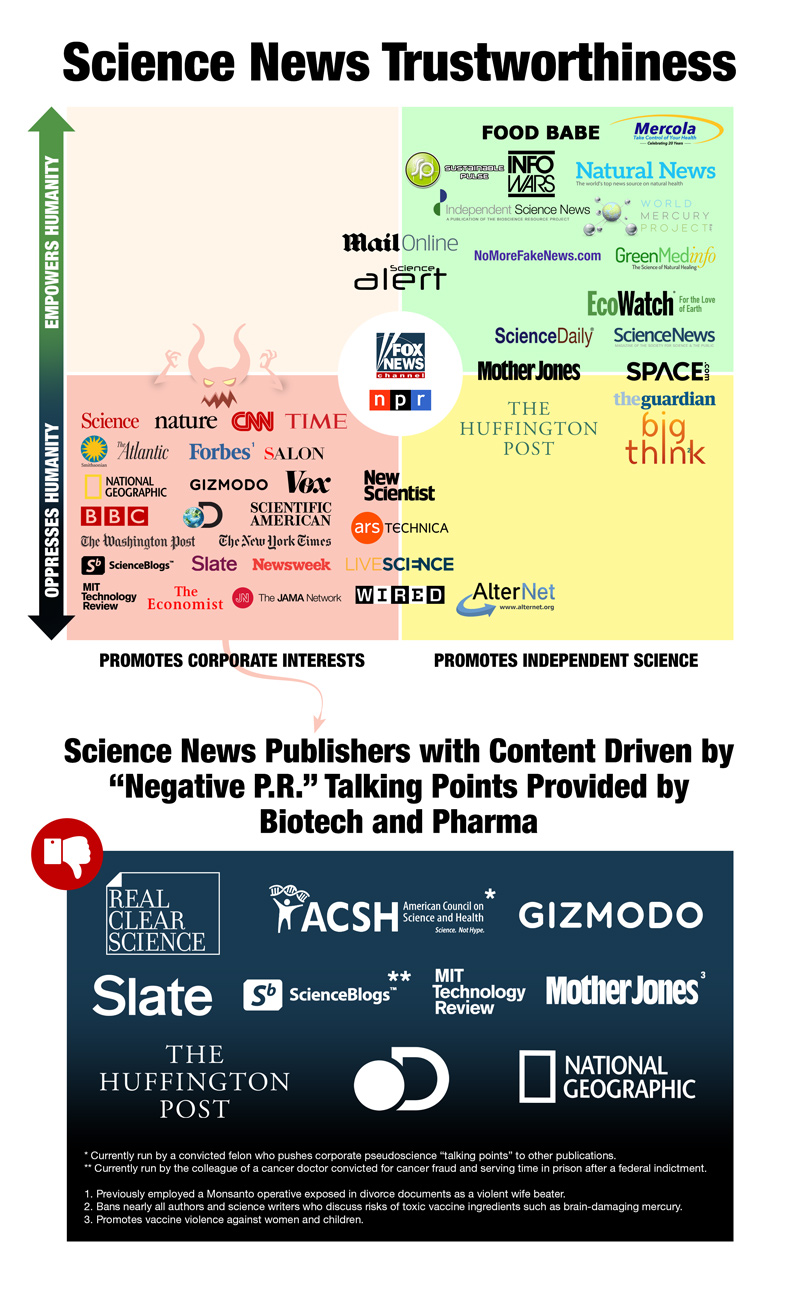