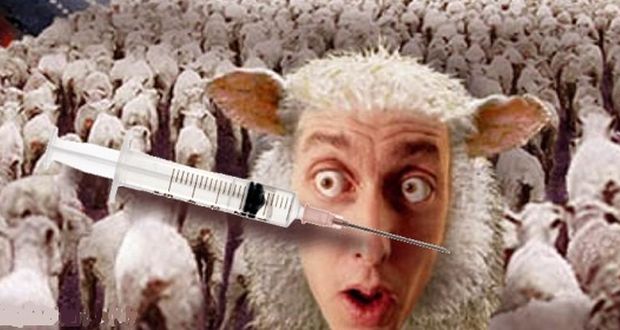 (This information was excerpted from the 8-week Mastering Vaccine Info Boot Camp, the module on herd immunity. To find out more or join our early notification list, go to www.MasteringVaccineInfo.com or text 555888 and put MVI in the body of the text. The next open enrollment for the course is February 21-26, 2019)

Over the last several months we have heard about an outbreak of measles in New York State that is being described as the “worst outbreak since the 1990s.” The news has focused its attention on an Orthodox Jewish community in Brooklyn saying it has been “particularly hard hit.”

Just how many cases of measles are we talking about?

Well, according to Newsweek, as of January 8, 2019, there have been 55 confirmed cases in Brooklyn and according to the CDC, there were 329 cases confirmed in 26 states and the District of Columbia during calendar year 2018. That’s almost 3 times more than in 2017 (120 cases) but only about half as many as occurred in 2014 (667 cases), which contributed to the passage of SB 277, the egregious mandatory vaccination bill in California.

Why so much hysteria about 329 cases of measles when, according to the most recent US census,22.6% of the population is under 18 years of age. That equates to 73,939,840 kids. As a percentage, the number of cases measles is not only statistically insignificant, 329 cases of measles are absolutely inconsequential.

Measles is a viral infection that includes a rash and a moderately high fever, lasting 7 to 10 days. After recovery, the person retains a lifetime of natural immunity.

For most people, that’s it.

In fact, the death rate from measles in 1960 was only 2-3 cases per million; the measles vaccine was not released for use until 1963. In other words, measles was never deadly here in the US, even prior to the vaccine. Instead, the infection was widely seen as a mild nuisance rather than a feared killer. With virtually all children contracting the infection by 15 years of age, parents routinely held “measles parties” so their kids could contract the illness and get it out of the way.

Today, measles is promoted as a “deadly disease” by the medical and pharmaceutical establishments. This is Fake News. Death from measles can occasionally occur but the scary statistics reported in the US and EU about the measles deaths never point out that child mortality is directly proportional to nutritional status and the lack of adequate vitamin C and vitamin A.

Nonetheless, health officials wring their collective hands with concern over the collapse of herd immunity if a few dozen children remain unvaccinated.

The Origins of Herd Immunity

The first published use of the term ‘herd immunity’ was in 1923 by Topley and Wilson in a paper titled “The spread of bacterial infection: the problem with herd immunity.” In 1930, Dr. AW Hedrich published an observational study using measles data he had collected over 30 years. The author concluded that when 55% or more of children under 15 years of age had experienced natural measles, outbreaks generally stopped because those who were naturally immune interrupted the transmission of the virus. The original concept of “herd immunity” protection” was based on recovery from NATURAL infection.

In 1936, Greenwood’s “Textbook of Epidemics and Crowd Disease” was one of the earliest textbooks to discuss the possibility of vaccine-induced herd immunity….and this is where the “fuzziness” around the word IMMUNE and IMMUNITY began.

Greenwood did not clearly distinguish between immunity associated with a natural infection or “immunity” thought to occur by vaccination. Because of this confusion, subsequent authors began to use the phrase  “immune” vs. “non-immune” to actually meant “vaccinated” vs. “non-vaccinated.”

Two primary schools of thought evolved during the 1950s that attempted to explain why outbreaks stopped. The first theory focused on viral attenuation, the notion that outbreaks ended when the infectious agent “burned itself out.” In other words, the virus lost its strength as it passed through the community and eventually, it could no longer cause illness the next susceptible individual.

The second theory, the one that became the most widely accepted, was that outbreaks stopped when the population changed, meaning when those who had been susceptible became NON-SUSCEPTIBLE — either by recovering from the infection (natural immunity) or from vaccination (medical immunity). This theoretical perspective was advanced throughout the 1960s and 1970s to defend routine vaccination of children, calling vaccination plans ‘necessary for herd immunity.’

What’s important is that both models – and many others – were based on mathematical calculations and projections, not on actual head-counts. If you skim through some of the older papers and textbooks, you will discover extensive equations used in an effort explain why vaccination ended outbreaks.

All of this fuzzy math reminds me of a quote from Mark Twain:

The Susceptibles vs The Immunes

Over the years, the various theoretical models began to meld into one. When the paper, “Herd immunity: Basic concept and relevance to public health immunization practices” was published by John Fox and his team in 1971, it became the cornerstone of future vaccination campaigns.

The purpose of a vaccination program is to reduce the supply of susceptibles [unvaccinated] to such an extent that the probability of spreading an illness is very small…. No matter how large the number of immunes [vaccinated] are in the total population, if some pockets of the community contain a large enough number of susceptibles [unvaccinated], the epidemic potential will remain high.

Achieving medical herd immunity was only possible if “the susceptibles” within a community were tracked down and vaccinated. A small cluster of susceptibles was thought to be enough to start an outbreak, whether others had been vaccinated or not. Therefore, achieving a 100% vaccination rate went from being a guideline to a goal, based on these premises:

”What if everyone was vaccinated? Then everyone would be NON-SUSCEPTIBLE…and perhaps the infection would not occur in the first place? Then, what if pathogens were completely eliminated?”

The 1971 paper built on a concept developed a decade earlier when the idea of eliminating infectious illness seemed to be on the cusp of reality. Called eradicationism, it was an ideology that pathogens should be completely and permanently banished rather than simply controlled at a low level. Eradicationism became the ambitious goal of the CDC, the WHO, UNICEF, and later, GAVI.  It was fueled by public health enthusiasm and billions of dollars from the Gates Foundation and vaccine manufacturers. Over the decades eradicationism has resulted in a zero-tolerance for even a few cases of measles. Or mumps. Or chickenpox. Or pertussis.

By now, it should now be clear why officials are determined to implement mandatory vaccination for all, and eliminate those pesky exemptions which allow pockets of “susceptibles” to remain.

The intolerance for even a small number of persons who contract measles, or other vaccine-targeted infection, began decades ago. Contrived mathematical models, medical indoctrination, bullying, and threats have combined to convince doctors and parents to blindly accept that vaccination is necessary to protect the herd.

(This information was excerpted from the 8-week Mastering Vaccine Info Boot Camp, the module on herd immunity. To find out more or join our early notification list, go to www.MasteringVaccineInfo.com or text 555888 and put MVI in the body of the text. The next open enrollment for the course is February 21-26, 2019)

Why Did I Create a Boot Camp Course?