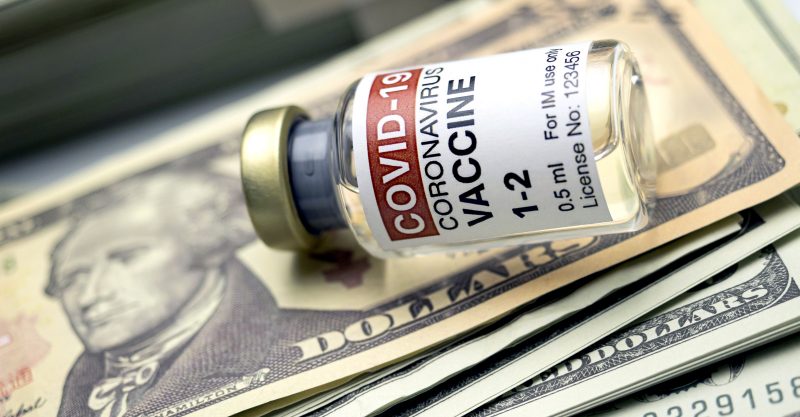 The U.S. Food and Drug Administration authorized a third COVID shot for immunocompromised patients. The Pfizer and Moderna vaccines have not been fully approved, and neither company has completed late-stage clinical trials proving a third dose will work.

Neither vaccine has yet received full FDA approval, and neither has completedlate-stage clinical trials proving a third dose will boost immunity or work against COVID variants.

The amended Emergency Use Authorization allows people who have had an organ transplant, or those with a similar level of weakened immune system, to get an extra COVID vaccine dose.

The FDA did not approve a Johnson & Johnson booster, citing insufficient data.

The Centers for Disease Control and Prevention’s Advisory Committee on Immunization Practices today voted unanimously to recommend the CDC follow the FDA’s guidance by also approving the third shots for immunocompromised patients.

“Others who are fully vaccinated are adequately protected & do not need an additional dose of COVID-19 vaccine at this time,” Woodcock said in the tweet. The vulnerable group of patients eligible for the third shot make up less than 3% of U.S. adults, according to Dr. Rochelle Walensky, director of the Centers for Disease Control and Prevention (CDC).

Israel started administering booster vaccines on July 12, to people 60 or older, and other countries plan to follow. On Aug. 13, Israel expanded the booster vaccination campaign to include people 50 years and older — a revision from the previous age eligibility requirement of 60 years and up.

Yet, Israeli Health Ministry data published Aug. 12 showed 14 Israelis had been infected with COVID a week after receiving a booster shot. Eleven people infected were 60 or older, and two were hospitalized — while the other three received a third dose because they are immunocompromised.

If confirmed in larger samples, the Internal Health Ministry said figures could cast doubt on the effectiveness of the booster shot, which Israel started administering before major health agencies around the world approved it.

The FDA’s authorization came as Biden administration officials and pharmaceutical companies appear increasingly convinced boosters for the broader population will be necessary.

Scientists are divided over the broad use of COVID vaccine boosters among those without underlying problems, as benefits of the boosters remain undetermined.

Officials are scrutinizing data on the vaccines’ durability and discussing when extra shots might need to be administered and which groups might get priority, according to federal officials who spoke on the condition of anonymity.

Those officials told The Washington Post discussions have become increasingly urgent as some studies indicate a waning of the vaccines’ protection over time.

“No vaccine, at least not within this category, is going to have an indefinite amount of protection,” Dr. Anthony Fauci, director of the National Institute of Allergy and Infectious Diseases, said Thursday on NBC’s “Today” show. “Inevitably, there will be a time when we’ll have to get boosts.”

At the end of July, Pfizer and BioNTech announced findings showing four to six months after a second dose, their vaccine’s efficacy dropped to about 84%.

Earlier this month, Moderna said its two-dose vaccine was 93% effective, with efficacy “remaining durable” through six months after the second dose. However, “neutralizing titers will continue to wane and eventually impact vaccine efficacy,” the company said. “Given this intersection, we believe dose 3 booster will likely be necessary prior to the winter season.”

Pfizer CEO Albert Bourla said he is “very, very confident” a booster will increase immunity levels in the vaccinated.

According to Kaiser Health News (KHN), Pfizer has not yet delivered conclusive proof to back up that confidence. The company lacks late-stage clinical trial results to confirm a booster will work against COVID variants, including Delta — which now accounts for 93% of new infections across the U.S.

Pfizer in July announced its global phase 3 trial — which assesses the safety, efficacy and immunogenicity of a third dose — but the trial’s completion date isn’t until 2022.  Phase 3 results generally are required before regulatory approval, KHN reported.

“We are confident in this vaccine and the third dose, but you have to remember the vaccine efficacy study is still going on, so we need all the evidence to back up that,” Jerica Pitts, Pfizer’s director of global media relations, said Monday.

The financial stakes are high for Pfizer, which announced in July it expects to pull in $33.5 billion in COVID vaccine revenue this year.

According to Reuters, Pfizer, along with German partner BioNTech, and Moderna have together locked up COVID vaccine supply agreements worth more than $60 billion in sales, just in 2021 and 2022. The agreements include supply of the initial two doses of their vaccines as well as billions of dollars in potential boosters for wealthy nations.

Analysts forecasted revenue of more than $6.6 billion for Pfizer’s COVID vaccine and $7.6 billion for Moderna in 2023, mostly from booster sales. They eventually see the annual market settling at around $5 billion or higher, with additional drugmakers competing for those sales.

Meanwhile, Pfizer recently said if a third dose couldn’t combat the Delta or other variants, the drugmaker is prepared to come up with a “tailor-made” vaccine within 100 days, KHN reported.

All of this has sown a sense of confusion about what exactly will work, and when. The pharmaceutical industry’s rush to recommend boosters for the public is “a little frustrating,” said Dr. Paul Offit, director of the Vaccine Education Center at Children’s Hospital of Philadelphia and an adviser to the National Institutes of Health and FDA.

Even if a booster is found to be safe, Offit said, the U.S. effort should focus on “vaccinating people who are unvaccinated.” In any case, decisions about boosters do not rest with vaccine makers, he said.

“Pharmaceutical companies aren’t public health agencies, it’s really not theirs to determine when or whether there should be booster dosing,” Offit said. “That is the purview of the CDC.”