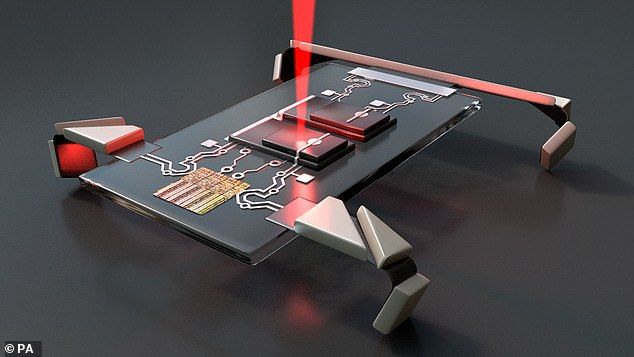 The FDA’s Commissioner Dr. Stephen Hahn has announced that they will review fast-tracked Coronavirus vaccines for approval before the November elections.

According to Arlene Weintraub, writing for FiercePharma, Pfizer’s mRNA COVID vaccine will be ready for review by the FDA in October.

FDA Commissioner Stephen Hahn, M.D., was fresh off a controversy over the emergency use authorization for convalescent plasma to treat COVID-19 when he made waves again, this time promising on Twitter that the agency would review coronavirus vaccines before the November election. And Pfizer executives appear to be in sync with that timeline, as they race to complete a phase 3 trial of their vaccine candidate.

Nicholas Kitchin, M.D., a senior director in Pfizer’s vaccine R&D group, told the Centers for Disease Control on Wednesday that the clinical trial of the company’s BioNTech-partnered COVID vaccine, BNT162b2, is more than 50% enrolled.

The news followed several public comments from Pfizer’s CEO Albert Bourla regarding the company’s plan to seek FDA approval of the vaccine in October.

Hahn took to Twitter saying the agency’s reviewers are “encouraged by the rapid rate of enrollment” in clinical trials of COVID-19 vaccines.

As we have previously reported here at Health Impact News, the Globalists have been trying for decades, unsuccessfully, to develop an mRNA vaccine which has never been brought to market.

The only reason such an untested, risky vaccine can be brought to market now is through the FDA’s emergency use authorization (EUA) which requires a “pandemic” to be in place to justify the “fast-tracking” of new drugs and vaccines.

The big question on many Americans’ minds is what exactly are the ingredients going to be in this new vaccine?

Dr. Theresa Deisher on the use of Aborted Fetal Tissue in Vaccines: Babies are Born at 5-6 Months Old Alive with Beating Hearts and No Anesthesia

Current speculation as to what these new mRNA vaccines might contain is running rampant at present, and as Editor of Health Impact News I get many emails every day from worried readers, and some of them making wild claims that I cannot verify.

However, there is one technology that was announced this week as being in place, which is no longer a “theory,” and that is the use of tiny, microscopic robots that can be injected directly into the blood stream, with tiny solar cells that can be activated by laser beams.

This is being reported as only a proven prototype and not yet in circulation, even though the report states that they have already manufactured over 1 million of them.

Here is a report published by the UK publication, Daily Mail:

Scientists have created an army of microscopic robots, each smaller than the width of a human hair, that can be injected into the body to wage war on disease.

It resembles the plot of sixties film Fantastic Voyage in which a vehicle was miniaturised and then injected into a patient. Scientists inside the tiny vehicle then destroyed the patient’s blood clot using a laser gun.

The new real-world micro-bots could monitor nerve impulses in the heart or brain or even deliver drugs directly into organs, according to scientists from Cornell University who created the machines.

The minute four-legged machines will enter the body via a hypodermic needle and travel through human tissue and blood using four electrochemical actuators that function as ‘legs’.

They are the first robots smaller than 0.004 inches in size in which on-board electronics are used to direct them.

The legs, ‘or actuators’, bend when stimulated by laser light – causing a walking motion. In tests over a million were produced – on a 4-inch wafer of silicon.

The micro-bots are powered by solar cells and are made using a technique called photovoltaics – used at a larger scale in solar energy panels. (Full Article – emphasis added.)

Scientists have created an army of microscopic four-legged robots too small to see with the naked eye that walk when stimulated by a laser and could be injected into the body through hypodermic needles, a study said Wednesday.

Microscopic robotics are seen as having an array of potential uses, particularly in medicine, and US researchers said the new robots offer “the potential to explore biological environments”.

One of the main challenges in the development of these cell-sized robots has been combining control circuitry and moving parts in such a small structure.

The robots described in the journal Nature are less than 0.1 millimetre wide — around the width of a human hair — and have four legs that are powered by on-board solar cells.

By shooting laser light into these solar cells, researchers were able to trigger the legs to move, causing the robot to walk around.

The study’s co-author Marc Miskin, of the University of Pennsylvania, told AFP that a key innovation of the research was that the legs — its actuators — could be controlled using silicon electronics.

“Fifty years of shrinking down electronics has led to some remarkably tiny technologies: you can build sensors, computers, memory, all in very small spaces,” he said. “But, if you want a robot, you need actuators, parts that move.”

The robots are prototypes that demonstrate the possibility of integrating electronics with the parts that help the device move around, Miskin said, adding they expect the technology to develop quickly.

“The next step is to build sophisticated circuitry: can we build robots that sense their environment and respond? How about tiny programmable machines? Can we make them able to run without human intervention?”

Miskin said he envisions biomedical uses for the robots, or applications in materials science, such as repairing materials at the microscale.

Researchers said that they were able to produce the components for the robots in parallel, meaning they could make more than one million of them in each four-inch wafer of silicon.

The legs were made from nanometre-thick platinum that bends when stimulated by laser light, creating the walking motion.

Their average speed was about one body length per minute, the study said, adding this was “comparable to crawling biological microorganisms”.

This is all part of the World Economic Forum’s planned agenda for “transhumanism” and their “4th Industrial Revolution.”

See our previous articles on this topic:

New World Order Continues to be Published: The “Great Reset” – Transhumanism and the 4th Industrial Revolution

Will a COVID19 Vaccine be the First Vaccine to Alter Human DNA to Further Advance Transhumanism?

The Technocratic Coup is Advancing Rapidly – Is this the America You Want?

Targeted Individuals (TI) are a growing segment of society consisting of individuals who believe they are being targeted, harassed, and even tortured by targeted technology. The roll-out of 5G technology is seen as the next major move to control people through harmful technology.

TIs are generally seen by the public as mentally deranged or hyper-paranoid, and most have a hard time finding people who will take them seriously.

As one can imagine, it is usually very difficult to verify their claims. Many of them email me begging me to publish their stories.

Many of them hang out on a website called:

Health Impact News did cover the story of one person who suffered as a TI in our 2019 article:

Will Nanotechnologies and the New 5G Network Become the Most Powerful Weapon System the World Has Ever Seen?

In this article we reported on the testimony of former Catholic nun Sister Keri Burnor, who gave her testimony as part of the International Tribunal for Natural Justice hearings.

Keri Burnor was a Roman Catholic nun when she was sexually assaulted by a priest. She filed criminal charges against the priest in 2001. He was found not guilty.

She did not understand why the district attorney failed to adequately work to obtain a conviction. As she investigated the collusion between the attorney, the judge, the Roman Catholic Church, the Vatican, and the members of St. Joseph’s Abbey in Massachusetts where the sexual assault occurred, she opened a Pandora’s box of systemic evil emerging from the deep state. The deep state refers to the financial power structure that controls governments around the world. [1]

Keri Burnor did not shrink back with her defeat in court, but began to position herself as a helper to others who had been abused by clergy.

Eventually her work with other victims of sexual abuse in the Roman Catholic Church and the information she learned about the activities of the Jesuit order and their infiltration of the command structure of the U.S. military led to her being interviewed on several internet radio programs.

She documented her findings on her website and spoke openly about what she knew to be the truth. She then became a marked woman and her activities were monitored from that point forward.

Here is a recording of her testimony: