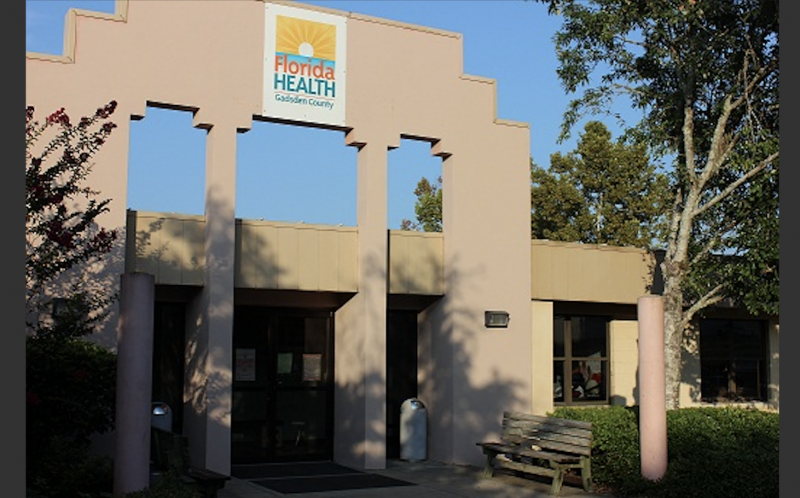 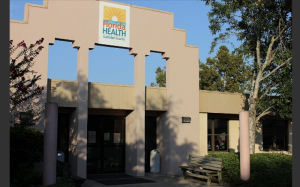 A stunning investigation by Orlando Fox News affiliate Fox 35 finds that the Florida Department of Health is reporting suspiciously high “positive” rates from dozens of COVID-19 testing labs in Florida, often in contradiction to the real numbers that those labs reported to the state.

This appears to indicate a massive, coordinated conspiracy by State of Florida workers in the Florida Department of Health who are attempting to sabotage the reopening efforts by wildly exaggerating the number of infections for political purposes.

To understand how this fake science scam works, observe how the State of Florida had released a list of “positivity rates” from various labs across the state, listing hundreds of labs as either 100% positive or near 100%.

The corporate media is using these numbers to claim the coronavirus pandemic is spiraling out of control in a “second wave” of infections. 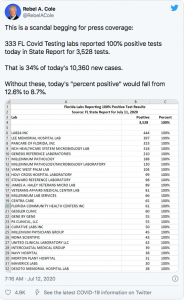 It appears the Florida Department of Health is taking lab numbers and multiplying them by whatever factor is necessary to achieve a “100% positive rate” across hundreds of labs.

In some cases, they are multiplying the actual number of infections by a factor of ten.

FOX 35 News found that testing sites like one local Centra Care reported that 83 people were tested and all tested positive. Then, NCF Diagnostics in Alachua reported 88 percent of tests were positive…

The report also showed that the Orlando Veteran’s Medical Center had a positivity rate of 76 percent. A spokesperson for the VA told FOX 35 News on Tuesday that this does not reflect their numbers and that the positivity rate for the center is actually 6 percent.

In other words, labs across Florida are delivering numbers to the Florida Department of Health, and that department is then fudging the numbers to wildly inflate the infection count, utterly ignoring what the labs are actually reporting.

This is really a case of terrorism via science fraud. By rigging the numbers, saboteurs inside the Florida government are able to terrorize millions of Floridians, causing widespread economic devastation (via lockdowns) and, by contrast, taking heat off New York for its atrocious handling of the coronavirus, where Gov. Cuomo was sentencing elderly people to death by stuffing them into nursing facilities where the coronavirus was running wild.

As a result of the massive science fraud, here’s how Florida’s infection numbers now look:

The only way to get to 15,000 new infections per day in Florida, it turns out, is to fake the test results and declare almost everyone who gets tested to be “positive.”

As the editor of this publication, I have received numerous texts from individuals who tell me they registered for a COVID-19 test but skipped the actual test due to long lines, only later to receive a letter in the mail telling them they tested “positive” for coronavirus. These are people who weren’t even tested at all.

Apparently, even if you’re not tested for the coronavirus, you can still test “positive” according to the public health criminals working for the State of Florida.

We cannot trust COVID-19 test results from any government “authority” … because they are run by traitors, not scientists

This is why it’s now clear that coronavirus testing cannot be trusted anywhere in America.

Not only do the tests often produce false positive results, but even when testing labs report negative numbers to the state, those numbers get twisted around and transformed into “positive” test results.

Much of the so-called “second wave,” it seems, is nothing more than a junk science fabrication bordering on criminal fraud.