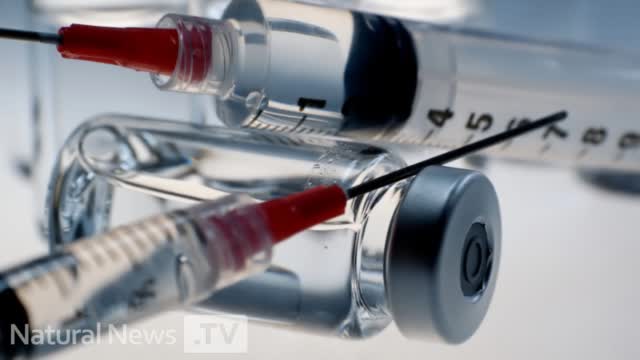 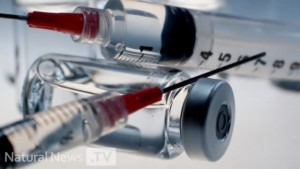 The roof is beginning to cave in on the vaccine empire.

Now, in the wake of the unsuccessful attempt to censor the film Vaxxed (trailer), we have Bob Wright, the former CEO of media giant, NBC Universal, authoring a new book, “The Wright Stuff: From NBC to Autism Speaks.”

In its review of the book, Accuracy in Media provides a devastating quote from Wright about his autistic grandson:

“Right after he got the standard one-year vaccinations, he developed a very high fever and screamed for hours. Katie [Wright’s daughter] was so frightened she called her husband to come home from work and they put the baby in an ice bath to bring down the fever. When they called the doctor they were told the reaction was completely normal.”

Yes, completely normal in the eyes of a lunatic licensed to practice medicine.

Normal, if brain damage is something parents should be expected to shrug off.

Normal, if destroying the life of a child, through officially sanctioned means, is simply written off as the cost of doing pharmaceutical business.

Wright goes on to say that he tried, without a shred of success, to convince Bush and Obama they needed to improve vaccine safety. According to Wright, the Bush people feared negative press reaction, and Obama advisor Valerie Jarrett killed the idea.

In the past few days, a long-time blogger for Huffington Post, Lance Simmens (twitter), submitted a positive review of Vaxxed. It was posted, then deleted—and Simmens’ account at Huff Po was canceled without notice. More censorship. The geniuses at Huff Po haven’t gotten the memo yet: blacking out information about the film only gives it more legs. Do they even have a press operation over there? I always assumed Huff Po was built as a façade/cardboard box, in order to sell it. That objective was achieved in 2010, when AOL gobbled it up for $315 million. What an extraordinary hustle.

Huff Po can’t even stomach allowing a positive review of Vaxxed to see the light of day. I wonder how they feel about vaccines causing brain damage—I mean the actual occurrence of it. Perhaps they don’t care. Perhaps they’re so far removed from the truth they don’t even think about it. But I’m willing to bet at least a few people on the payroll know the reality of it, and under the surface they’re boiling.

The CDC has large numbers of vaccine scandals buried in their files. One of them involves a vast over-exaggeration of flu deaths in the US every year. As researcher Peter Doshi noted, years ago, the old canned figure for annual flu deaths, 36,000, was a gross exaggeration. One year, the actual number of confirmed flu deaths in America—where the flu virus was positively identified—was, wait for it: 18. Of course, the CDC uses those flu-death stats to convince Americans they must take the flu vaccine.