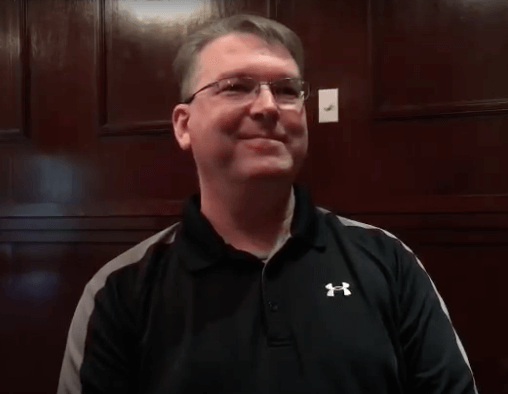 Dr. Zajac also shares that, in his professional experience, vaccinated kids are the sickest.
Dr. Bob Zajac is a self-proclaimed former “vaccine bully.” As a board-certified pediatrician, with additional expertise  developmental/behavioral pediatric care, Dr Zajac admits that he used to bully parents in his practice into vaccinating. But his attitude changed when he had to start making decisions about vaccines for his own children.

Dr. Zajac explains how medical doctors do NOT receive a lot of training in vaccines, so he spent years researching vaccines after seeing some of his patients get injured as a result of vaccinations.

Dr. Zajac describes a separation among his patients. Those who were seeing the local chiropractor were healthier than other patients, these patients were also doing some other things for their health other than just taking medication as many other patients did. In addition to this, these parents had a lower vaccine uptake, and they were healthy!

“The moment I started reading research about vaccines, it changed my life forever,” explains Dr Zajac.

Why his view on vaccines changed…

In 2008, Dr. Zajac had a patient in his practice develop autism. With his background  in child development and experience working with kids with special needs, Dr Zajac was confident that he had a perfectly normal child in his practice until the boy received the CDC-recommended 12-month vaccines. This was not a child born with autism.

“When I walked into the room at the 17-month visit, I literally saw a child I had never met before. I thought I had walked into the wrong room. I stepped out to make sure I was in the right room. I did not recognize this child. He had regressed into autism, one the saddest cases I have ever seen.”

After this he started reading about vaccines. A second heartbreaking event a few years later inspired even more research.

“A few years later we had a patient die after his shots – they called it a SIDS (sudden infant death syndrome) death, at 2 in the afternoon, a few hours after his vaccines,” Dr Zajac bravely admits.

No further inquiry or investigation followed. Another life needlessly ended.

There are only a handful of doctors in this country who actually do proper research on vaccines — going outside of what they are told by the vaccine makers focused on selling their products.

Please watch his interview and share widely. People deserve to know the reality of the childhood vaccine program.