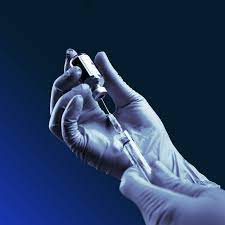 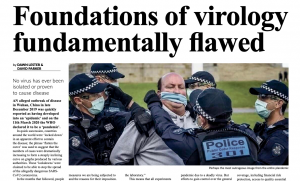 On tonight’s podcast show 20/07/22 i am joined by author and researcher Dawn Lester to chat about her incredible work and break down the entire COVID and “virus” PSYOP.

We chat about the weapons of fear and propaganda that are used by the the MSM and Big-Pharma establishment to to keep masses of people ignorant and under mind control.

Dawn breaks down the shadowy and fundamentally flawed foundations of virology as we expose their sneaky card tricks and methods of control.

We discuss the incredible importance of taking the virus/germ theory completely off the table and take a look at what illness type symptoms really mean and how we need to better understand our bodies.

Dawn Lester and David Parker have backgrounds in the fields of Accountancy and Electrical Engineering, respectively.

These fields both require an aptitude for logic, which proved extremely useful for their investigation that has involved more than ten years continuous research to find answers to the question: what really makes people ill?

A popular saying, which is often attributed to Albert Einstein, claims that problems cannot be solved by using the same way of thinking that created them. The concept underlying this saying can be extrapolated to indicate that a problem can often be better understood by people outside of the discipline in which it occurs because they are not bound by any dogma or biases inherent within that discipline.

The authors’ investigation of why people become ill was conducted from a different perspective from that of the medical establishment; it was therefore free from the dogma and biases inherent within ‘medical science’. This unbiased and logical approach enabled them to follow the evidence with open minds and led them to discover the flaws within the information about illness and disease that is promulgated by the medical establishment.

The results of their investigation are revealed within their book: WHAT REALLY MAKES YOU ILL? WHY EVERYTHING YOU THOUGHT YOU KNEW ABOUT DISEASE IS WRONG.

You can message Dawn here 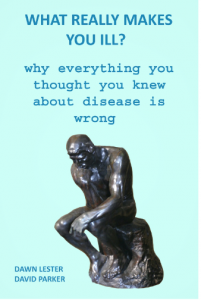 https://crazzfiles.com/wp-content/uploads/2022/07/podcast-dawn-lester-.mp3Podcast: Play in new window | DownloadSubscribe: Apple Podcasts | Email | RSS “PODCAST” Disconnecting From MSM Propaganda & The Big Virus Lie With Dawn Lester On tonight’s podcast show 25/01/23 i am joined by author and researcher Dawn Lester to chat about her incredible work and break down the entire COVID PSYOP.  Dawn Lester[…]