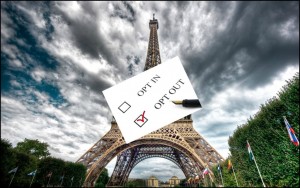 A growing number of people and medical practitioners are teaming up against vaccines in a big way in France.  Even while the ill effects of vaccines are being discussed in developed nations, France had already started a campaign against vaccines long before and many have boycotted vaccines, which they believe only helps multinational firms make money at the expense of gullible people.

The French seems to have a point considering the fact that there is increasing evidence that vaccines can cause abnormalities and life-long disabilities in children.

The French have a history of being sceptical about the designs of multinational firms who try to make a quick buck at the expense of others. Since decades, the nation has demonstrated an uncanny ability to see through false propaganda and focused marketing that are employed by corporations for their profit, often maiming others. History has examples where the French people started initiatives against transnational to beat their blatant greed.

For example, in 1992, French citizens had sparked protests against McDonalds, even when the ill effects of fast food were rarely being considered in the US by health-conscious people. Protesters lit a bonfire outside a McDonald’s shop in 1999 and José Bové dismantled a McDonald’s under construction in South France with the help of a group of fellow farmers. The nation has also not forgiven Monsanto for using harmful pesticides in its products. The country has banned the sale of herbicides containing deadly glyphosate (Roundup) at French nurseries. Strict controls are also in place on the use and cultivation using these herbicides. It therefore does not come as a surprise that the French have now raised cudgels against the vaccine industry.

Since 2005, the French public along with a large percentage of its medical doctors have become hostile to the purported benefits of vaccines.  According to Michèle Rivasi of the European Ecology MEP, “Between 2005 and 2010, the proportion of French people in favour or very in favour of vaccination dropped from 90% to 60% (2013 INPES Peretti-Watel health barometer).”

The percentage of French people between the ages of 18 and 75 who are anti-vaccination increased from 8.5% in 2005 to 38.2% in 2010. In 2005, 58% of doctors questioned the usefulness of vaccines administered to children while 31% of doctors were expressing doubts about vaccine safety. These figures must surely have increased since.”

Analysing the report we can see that in five years, between 2005 and 2010, 40% of the French have rallied against vaccines. Similarly, about 58 per cent of doctors question the usefulness of vaccines that are administered on children. About a third is concerned about the safety of children who receive the vaccine.

However, the question arises whether the lack of vaccines can affect health of children. Figures show that disease outbreaks in France are no more than in the US where vaccination compliance exceeds 95%. Many feel that only naturally acquired immunity is constant and lasts a lifetime.

In 2005, about 58 per cent of French medical doctors opted out of the vaccine bandwagon and the number is growing with more expressing doubts about the efficacy of vaccines. Now, even American doctors are growing sceptical about vaccines. It is believed that about 13% of paediatricians in the US keep away from the CDC vaccination schedule when it comes to vaccinating their kids. Now many parents feel that it is the responsibility of authorities to prove that vaccines are safe.

The role of the media is also significant when it comes to the public being informed about vaccines and the problems associated with them. For example, in the US, the media skips news that is not particularly encouraging for the vaccine industry. In contrast, the media in France is proactive and customer-centric, which means that any news in favour of consumers is flashed on the front page of newspapers.