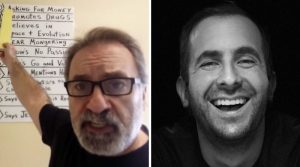 I heard of Jewrassic Liars years ago when looking into media hoaxes. I never could get through one of his videos as I found them to be very confusing. This man has been telling his followers that “something big is coming” for Seattle for several years now. He now says that there is going to be some kind of attack on the Space Needle on June 11th since 6/11 is 9/11 reversed. Here is a video of him from 2018, claiming that this “big event” is going to happen in 2018.

It is now 2021 and this shill is still claiming that this Seattle event is totally going to happen this year! It’s amazing that this man still has followers after being wrong time and time again. This is nothing more than a doomsday cult that hangs on their cult leader’s every word and even when he’s wrong every time, they wait eagerly for his next “prediction”.

This man is also claiming that Trump is going to assassinated and then Obama is going to “raise him from the dead.”  This was supposed to happen in 2019 or 2020, but here we are in 2021 and it’s still apparently going to happen.

If this wasn’t enough to show you what a charlatan this man is, he also proudly claims that he spanked a teenage girl that wasn’t his daughter, but the daughter of his girlfriend. He was proud to tell the world about this abuse, yet his devoted followers let it slide, since numerology and stuff.

Jewrassic liars has teamed up with the jewish agents over at the GDL, where he is often a guest and contributor. I believe Jewrassic Liars was a moderator for the GDL chat before they were taken down from YouTube. 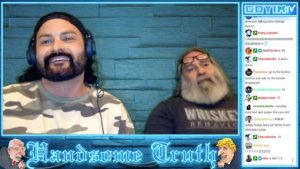 Gematria shills are nothing new. Just think of the Zachary K. Hubbard, with whom Jewrassic Liars quarrels.

Hubbard has made lots of failed predictions regarding big sports events, based on gematria of course.

He also claims that the McMartin Preschool cover up was just “propaganda by the numbers.” Let’s just ignore all of the children and the evidence that proved they were raped, because Mr. Gematria said so! 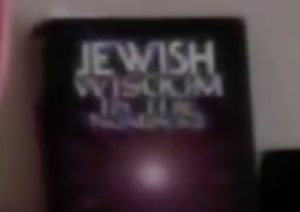 @ 12 minutes and 50 seconds into this video, Zachary states that he “may be a Greenblatt.”

jew confirmed. But are you really shocked at this point?

Zachary has also been doing “protests” in front of the Space Needle in Seattle and The Bill and Melinda Gates Foundation.

Yes, our enemies codify events, but endlessly going down rabbit holes to find “codes” and “numbers” is a huge waste of time in my opinion. Do finding these codes somehow halt White genocide? They want us waiting in cue (Q) for the “next big event” instead of actively resisting what is happening in the present. Do we really think Jewrassic Liars is some kind of threat when he has several different YouTube channels in operation that apparently “call out the jews”?  These type of rabbits holes remind me of the movie Pi.