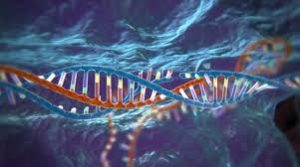 Gene therapy and the

“Researchers say they’re well on the way to curing thousands of diseases by tinkering with human genes. But is that true? Or is their effort really part of a long-range agenda to keep experimenting in the dark, through grotesque trial and error, to alter humans and make them into a new species?” (The Underground, Jon Rappoport)

With the onrush of new gene-editing techniques, the medical research establishment is beating an old drum: they will cure many human diseases by making genetic changes.

First of all, the new editing techniques have unknown consequences. A simple snip of a gene can bring on ripples in the patient’s overall genetic structure. This fact spells danger.

Second, and here is the old drum: there are a number of diseases caused by a problem with a single gene—one gene, one disease. Therefore, a precise edit of the offending gene will cure the disease.

If so, we should already have seen these cures. But we haven’t.

I’m not talking about the occasional claim of a single cure in a single patient. I’m talking about curing a specific disease across the board in many, many patients.

“Some of the more common single-gene disorders include cystic fibrosis, hemochromatosis, Tay-Sachs, and sickle cell anemia…However, despite advancements in the understanding of genetic etiology and improved diagnostic capabilities, no treatments are available to prevent disease onset or slow disease progression for a number of these disorders.”

Let’s see the evidence that single-gene therapy has cured ANY disease across the board.

And since it isn’t, the hypothesis that there are single-gene disorders is at best unproven. Speculative.

Let’s say that for Disease X, researchers have found that, in every case, there is a particular gene that is malfunctioning. The researchers claim, “Well, that’s it, we’ve found the cause of X.” But have they? HOW DO THEY KNOW THERE AREN’T OTHER ESSENTIAL CAUSATIVE FACTORS INVOLVED?

There is a simple test. Correct the malfunctioning gene and watch thousands of cures for X.

Until that occurs, the hypothesis is up in the air. It’s interesting, it’s suggestive, but it isn’t verified. Not by a long shot.

Consider this typically absurd claim from medicine.net: “There are more than 6,000 known single-gene disorders, which occur in about 1 out of every 200 births. These disorders are known as monogenetic disorders (disorders of a single gene).”

Again, how would the authors show that even one of these supposedly 6000 disorders is caused by the malfunctioning of a single gene?

Cure the disease by correcting the gene.

“Well, ahem, we don’t have the technology to do that yet, because we aren’t sure our therapy would be entirely safe. We might bring about dangerous unintended consequences in the patient…”

Fine. Then don’t make the claim that you know a single gene is the cause.

Ah, but you see, the medical research establishment wants to jump the gun. Making bold claims makes them look good. It brings them a great deal of funding.

“No, no, no. Let’s just say disease is, at bottom, genetic. It doesn’t matter what else is happening.”

The Holy Grail for genetic research would be: “We can cure any harmful impact brought on by environmental toxicity. It’s all in the genes. Major corporations can do whatever they want to, and there will be no danger. There never was any danger. We just needed to advance to the stage where we could correct damage to the genes. And now we’re there.”

They’re not there. They’re not even close. Whether they will ever get close is a matter of sheer speculation.

Here is an extreme but instructive analogy: Imagine that when it rains, an acutely toxic compound falls to Earth. A man stands out in the rain as the poison descends. Researchers assert that the rain isn’t the problem. It’s the man’s body. His body is built to “react negatively” to the poison. Rebuilding his body will make him immune to the poison. Who knows how much sheer trial-and-error rebuilding is necessary? Perhaps he will need to become non-human to survive. So be it.

This approach is part and parcel of the trans-human agenda. Don’t stop the poison. Make the human impervious.

If, in the process, he loses everything that makes him unique and free, that is just collateral damage.

But no matter how many changes are wrought in the human, the poison is still poison. Until, finally, the human is a machine—and then the poison has no effect.

Neither does life. Life has no effect. The machine is adjusted. It survives. It is no longer alive, and that is called victory.

If you think I’m exaggerating transhumanism beyond all possibility, contemplate this statement made by Gregory Stock, former director of the prestigious program in Medicine, Technology, and Society at the UCLA School of Medicine:

“Even if half the world’s species were lost [during genetic experiments], enormous diversity would still remain. When those in the distant future look back on this period of history, they will likely see it not as the era when the natural environment was impoverished, but as the age when a plethora of new forms—some biological, some technological, some a combination of the two—burst onto the scene. We best serve ourselves, as well as future generations, by focusing on the short-term consequences of our actions rather than our vague notions about the needs of the distant future.”

The basis for such lunacy is the presumption that The Individual isn’t important, and never was.

Whereas, The Individual is all-important.

A sane society would exist and operate on behalf of The Individual.

It isn’t the other way around.