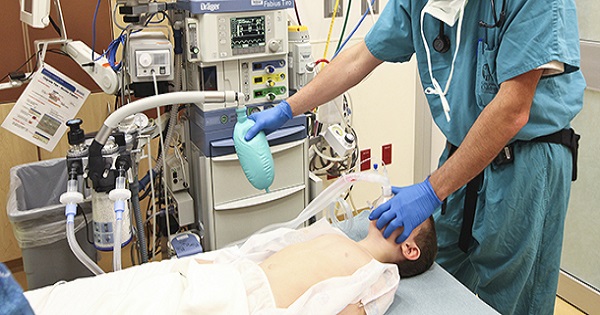 She claimed that some medically-complex children will require sedation or even general anaesthesia in order to undergo catch-up vaccination, and that if their parents are unwilling to consent, they will be denied family assistance payments.

An extract of her presentation is provided in the video below.

Watch her full presentation called No Jab No Pay/Play – Is the juice worth the squeeze?

Although she didn’t define “medically-complex” children, they are likely to include children with neurological disorders such as Autism, whose conditions may have been caused by vaccination in the first place.

Risks from general anaesthesia are not trivial

The Victorian Department of Health lists some of the possible serious side effects from general anaesthetic.  These include:

A 2015 study also found that general anaesthesia is linked to a reduction in IQ and changes in brain structure.

How on earth could the alleged benefits of vaccination possibly outweigh the risks of undergoing general anaesthesia with respect to healthy children, let alone those children who are already neurologically-compromised?

Why are these children being denied a medical exemption?  So much for the herd protecting the minority who can’t be vaccinated.

Who are the doctors willing to submit children to general anaesthesia in order to vaccinate them?

They should be struck off the medical register forthwith.

One thought on “General anaesthesia for vaccination under No Jab No Pay/Play?”

Donna and Hieu plug back in with me tonight to chat about  the live life claim and the incredible matrix like system that totally saturates every corner of our lives. You can find Hieu’s website here and can also contact him through the website if needed.  YouTube channel can be found here Related Posts:THE DEPOPULATION[…]