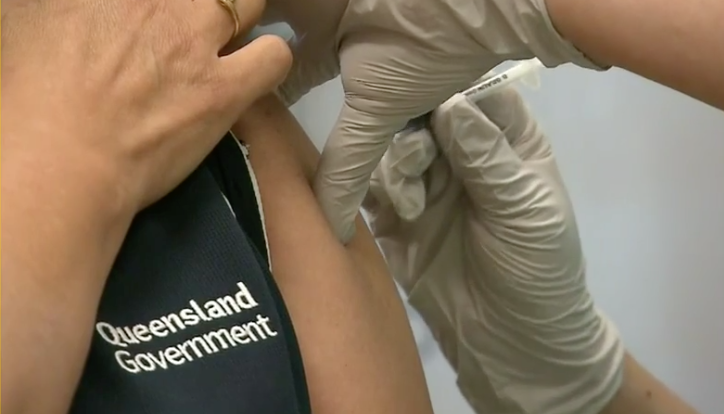 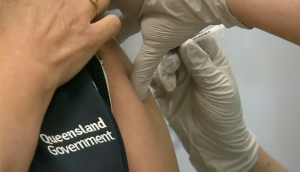 A Gold Coast health worker was hospitalised after having an adverse reaction to the COVID-19 vaccine.

The person had an anaphylactic reaction when they were given the Pfizer vaccine at Gold Coast University Hospital today.
A Gold Coast Health spokesperson confirmed the person has a history of anaphylaxis and recovered quickly from the reaction.
“The response was prompt and effective and the patient received the appropriate treatment and has since recovered,” they said.
“Anaphylaxis has been identified as a possible side effect from any vaccination. Staff are well prepared for this and stringent processes are in place to manage such reactions.”
Gold Coast Health advise that you must not get a COVID-19 vaccine if you have had a severe allergic reaction to a previous dose of the same COVID-19 vaccine or any kind of anaphylaxis after exposure to any ingredient of the vaccine.
In December, UK regulators were tasked with investigating two incidents of allergic reactions to the Pfizer vaccine on the first day it was approved for a mass rollout.
The two affected people were staff members with the National Health Service who had a history of allergies, however they both recovered immediately from their symptoms.
“As is common with new vaccines it is advised on a precautionary basis that people with a significant history of allergic reactions do not receive this vaccination after two people with a history of significant allergic reactions responded adversely,” Professor Stephen Powis, medical director for the NHS in England, said in a statement.

Two Alaskan healthcare workers were among six Americans who also experienced allergic reactions to the Pfizer vaccine in the first days of its release, being hospitalised immediately after receiving it in December.