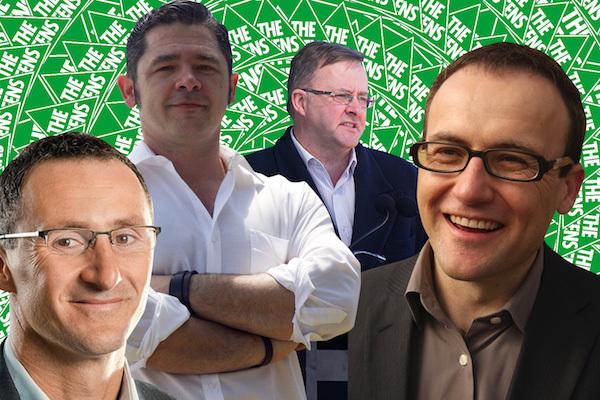 Senator HANSON: It was quite interesting to listen to Senator McKim’s comments today, because the Greens are hell-bent on weakening Australia’s immigration system. They have consistently tried to open our borders to anyone, and they don’t care who they are or how that affects other Australians. We can see in the disallowance motion before us that the Greens want public health debts incurred on previous visits to Australia to be ignored when a new visa application is made. I see that right across our country we don’t have enough money to open up hospital beds for our Australian people here. We aren’t able to give them the dental health care that they need or the operations that they need. But don’t worry about; we’ve gotta look after those who have been here previously with health debts incurred! We don’t want to worry about that or to put any impost on these people!

Secondly, the Greens want to allow visas to be granted to people who lied—absolutely lied—to get a visa in the past. This weakens what is known as the public interest criterion 4020. So we are getting people coming to this country that cannot be truthful and we’re supposed to overlook that. Then, thirdly, the Greens want to remove the condition that visa holders maintain a single identity in Australia. Well, I’ve heard a lot of drivel on the floor of parliament today with regard to, ‘Oh, there might be an incorrect letter, or the spelling may be wrong.’ What we’re talking about are multiple names. How often do we hear through Centrelink, drivers licences, even getting your HR drivers licence or any certificate that people are rorting the system with multiple names? Why shouldn’t we expect someone to have the right name? We have had migrants come into this country in a flood after the Second World War. They had names that were hard to pronounce, but they got through the system. They had to do it tough.

I wish the Labor Party and the Greens would actually see the vote that One Nation got in the last election in Queensland, because in a lot of the seats we pulled 25 to 30 per cent. Our average is about 21 to 22 per cent right across the state. That’s a clear indication that they are not listening to what the Australian people want. I cannot really get my head around the fact that every time I hear the Greens in this chamber, all they are worried about is the people who have come to this country illegally, people who want to come to this country like the illegals that are on Manus Island. Manus Island has absolutely nothing to do with this. That’s the detention centre. They were the illegals. We’re talking about visa holders coming into Australia. It has nothing to do with Manus Island. In the time that I’ve been here, I have never heard—correct me if I’m wrong—the Greens stand up and fight for the farmers in this country, the people who are homeless on the street. You don’t need to go very far. It actually happens here in Canberra on the streets at night, when I go back to my apartment after finishing a day here. Where’s the fight for those people to find out whether they’ve got decent health care or housing? I never hear one word from them. I often wonder what the hell they’re doing in this parliament, because it’s not representing the Australian people that have voted for them. It’s always representing someone else around the rest of the world.

Labor say they want to lock them up because they are disruptive. Well, let’s look at the streets of Melbourne. Go and ask the people down in Melbourne how they feel about it, with these ones that have come into the country. They’ve lost control of their streets in Melbourne and they would dearly love to do something about it. Yes, if people are not going to abide by the rules of this country and be disruptive, and if they think they can carry on in this country like they have from the place that they’ve come from, no, we don’t want them. Why would we?

Senator McKim said if they go six kays over the limit they’re going to be locked up and thrown into a detention centre. What an exaggeration—an absolute exaggeration! That is not the case whatsoever. We have allowed too many people in this country who are abusing us and taking us for granted and taking us for mugs, and that’s the way we’re seen around the world. We’re actually mugs. What I see in this country is taxpayers forking out more and more, and we’re raising their taxes even more, there’s no real wage increase, there’s nothing. And Australians are doing it tough. Yet, bleeding hearts in this place are going out to people who want to come here. We don’t need these people in this country. We can actually be very particular who we bring in, and we should be, because people are breaking down our doors to actually come to Australia.

We want quality people coming into this country. Stop making excuses for them; set tough laws and give the reasons. Many migrants are now supporting One Nation because they know how tough it was for them to get here. They’re sick of seeing all the leniency shown to these others who will lie and cheat to get into this country and have no regard for Australia. They don’t want to be Australians. They have no respect for our culture, our laws or our way of life. You talk about the legal system. I know many Australians who would dearly love to be able to have their cases paid for by the taxpayer—but we don’t have the money. It was around $12 per person for legal aid in Australia; now it’s down to $7 per person. People can’t afford to get legal aid in Australia; yet you’re opening up our courts and we’re going to pay for it! It’s also quite interesting that even the Nick Xenophon Team may, I believe, be supporting this disallowance.

It’s about representing the people here in Australia. You talk about people coming here. We have the Administrative Appeals Tribunal. It was set up about 30-odd years ago—I think it was in the 1970s or the 1980s; I’m not quite sure—and it cost us about $2 million a year. The tribunal now costs us $142 million to run. People who come here on visas can appeal to it. There are around 4,000 to 5,000 people a year who apply for a visa to come to Australia—and we have opened up for visa applications from Malaysia, the only Third World country who can do it via the internet—and a very high percentage of those people, after being here for three months, apply for refugee status. When the immigration department knocks them back, they then apply to the tribunal, which is a $35 fee. On average, it takes around 386 days for a decision to be made. In the meantime, they are given a bridging visa, they can work and they’re looked after. Most of them actually leave the country before the 386 days, after they’ve worked and accumulated some money to take back to their own country—and we’re actually paying for that. The taxpayer is paying for it. Like I said, the tribunal now costs $142 million a year to run. A lot of them are coming from Malaysia, China, India and Pakistan—and, like I said, we’re taken for mugs.

I have Australians here who need only a few thousand dollars to help them, and charities and organisations that we need to help our own. The bleeding hearts in this parliament disgust me. The Australian people voted for you to represent them, to fight for their needs and to fix up their needs. Clean up our own backyard first before you worry about everyone else around the world. That is what we need to do first. I guarantee that the Australian people will agree with what I say about this. We need to have intervention with this because we cannot keep going down the track that we’re going. You have more and more people applying for visas here. They will come here under a visa and turn around and abuse the whole system. We don’t need any more people on our welfare system. We cannot afford it, because by 2019-20 we will be reaching $191 billion. We cannot afford it any longer.

I’m calling on the Xenophon party to have a rethink about whether they are going to support this disallowance motion and to have a rethink about looking after the Australian people, because they are the ones who actually voted for you to represent them in this parliament—not those who want to try to get into this country who have no regard for Australian values or way of life.