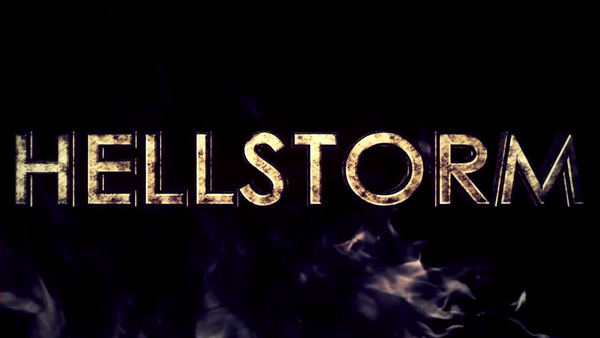 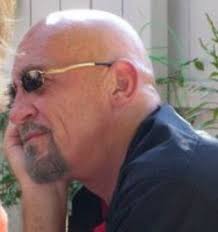 In June 2010, independent author Thomas Goodrich published a book called “Hellstorm,” which told the tale of what really happened to innocent German men, women, and children both during and after World War II. After several years of going mostly unnoticed, Hellstorm was turned into a documentary movie thanks to the efforts of Kyle Hunt.

Released on May 1, 2015, the documentary hasn’t yet been covered by mainstream media sources, but it’s rustled enough feathers that the BBC, the Daily Mail (twice), and NBC have all published reports in the last two months chronicling just a small taste of what the German people were subjected to by the Allies. The documentary covers the full extent of the horrors in seven different DVD chapters: Terror bombing, rape, the Baltic Massacre, defeat in the west, death camps, purges, and ethnic cleansing. Here is a summary of each of those seven chapters.

Pearl Harbor was like a random drone strike compared to this. After Soviet and British pilots leveled the infrastructure of civilian, non-military cities such as Dresden, American pilots dropped incendiary bombs on the already-leveled buildings, which created a firestorm that spread like a hurricane across the entire city. Anyone who tried to flee or hide was melted into the concrete or was liquefied in the walls of their bunkers. (As a side note, the reason why the lie of only 25,000 dead is thrown around is because most of the bodies could not be identified).

Par for the course? Perhaps. But in an age when “rape culture” is supposedly a huge problem on college campuses, and when Rolling Stone can publish a complete hoax and get away with it, the fact that nobody cares about the rape of German women and young girls because “they deserved it” certainly proves that rape itself is not what people have a problem with.

The Baltic Massacre was an assault by Allied forces against German refugees who were trying to flee their towns in the dead cold of winter. As German families took flight on the crowded refugee ships across the icy waters, Allied bombers and submarines sunk those ships to the bottom of the sea. As Hunt explained, the sinking of the Wilhelm Gustloff was the most prominent, as it resulted in the deaths of an estimated 8,000-10,000 refugees, dwarfing the tragedies of the Titanic or Lusitania. Again, in an era where crocodile tears are shed over sunken refugee ships from Africa and the Middle East, it is telling that everyone thinks German families fleeing their own homelands in the dead of winter somehow “deserved” to sink to the bottom of the icy sea.

This covers the outrageous treatment of surrendered German civilians and soldiers at the hands of American and British forces on Germany’s western front. At this point in the documentary, the savagery of the Soviet forces on Germany’s eastern front has already been exposed. This part focuses on the behavior of the “good guys,” the supposed liberators, the soldiers and leaders that are praised as heroes by the same people who wonder why America and Britain have become so darn “degenerate.” The surrendered Germans thought that they would be treated humanely by the Americans and the British. Instead, the Americans and British troops treated them as though they weren’t human.

Starvation despite an abundance of food, dehydration despite plenty of water, being forced to stand in crowded out door camps for hours, the Red Cross being denied access to those camps – it’s all documented in this section. Perhaps the cruelest action of them all was when American troops burned excess supplies of food in full view of the starving, emaciated Germans, who had to watch as their hopes of being relieved from hunger went up in smoke (literally).

All of this was sanctioned by American General Dwight D. Eisenhower, the same guy who led the D-Day invasion of Normandy Beach on June 6, 1944, and the same guy who armed the National Guard and forcefully integrated the Southern schools at the point of a gun in 1957. Much criticism has been aimed at the current U.S. President, Barack Obama, who is often contrasted with American war leaders. But clearly, Obama cannot touch Eisenhower’s record.

Also known as “de-nazification,” this was the process by which Allied soldiers “interrogated” German soldiers and civilians alike about their Nazi sympathies. To be “interrogated” was to be tortured and beaten until you confessed that you were a Nazi, because as everyone knows, no German was truly innocent. The Puritans in the 1692 Salem Witch Trials displayed restraint compared to Allied soldiers under “de-Nazification.”

This part of the documentary also covers the Morgenthau Plan, named after U.S. Treasury Secretary Henry Morgenthau. Under his plan, Germany was to be deindustrialized and returned to agricultural, subsistence level existence, which would result in the extinction of two-thirds of the German population. This plan was never put into effect for geopolitical reasons: Starting in 1947, America and Britain turned on Joseph Stalin and the Soviet Union for reasons which quite frankly aremysterious. In any case, the beginning of the “Cold War” prevented the Morgenthau plan from ever being fully enacted.

British Prime Minister Winston Churchill made a deal with Stalin to split up German land after the end of the war. The result was that about nine million Germans were evicted from their homes, since the land they lived on no longer belonged to Germany. They were then marched across the conquered land to Eisenhower’s death camps or the Soviet gulags or God knows where. Churchill would later pretend that he was “surprised” by the cleaning of the Germans from their homes.

After all, even for those who don’t believe in myths like “White Privilege,” the consensus in the United States, Britain, France, and indeed, modern-day Germany itself, is that the German people of the 1930s and 40s “deserved” every bad thing that happened to them. No tears are shed for them, and no hearts are moved for them. For they have been stripped of their humanity by the descendants of the British (1689), American (1776), French (1789), and Bolshevik (1917) Revolutions. Four horses of the apocalypse, indeed. But for those who are not mentally and spiritually enslaved by such things as “liberty” and “equality,” Hellstorm has the potential to flip the historical narrative on its head, and to provide catharsis and reconciliation among the European people, including European-Americans.

2 thoughts on “Hellstorm documentary brings the book to light”