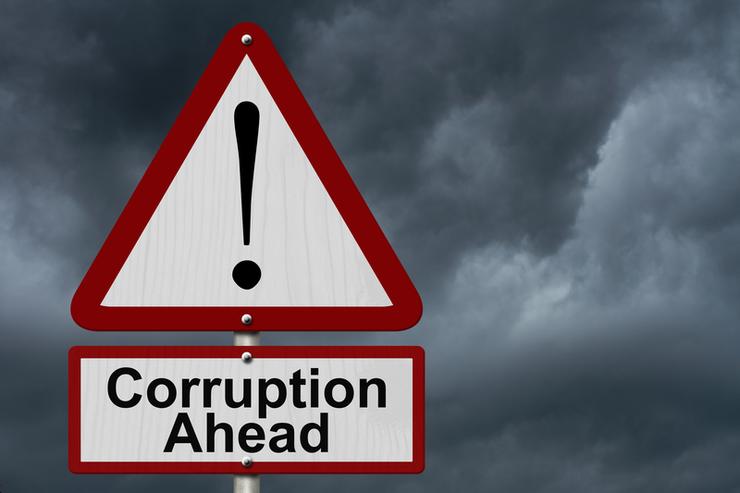 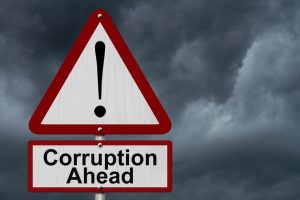 Please share widely. Misleading the court is a very serious matter and Jill Hennessy’s department has been caught red-handed. The AVN will be bringing this matter to the attention of the Victorian Anti-Corruption Commission and Victorian Police this week.

Readers may recall that late last year, the Victorian Supreme Court heard an appeal against a decision of the Children’s Court ordering the vaccination of children under the temporary care of the state, against the wishes of the biological parents.

Legal Aid Victoria had brought the appeal on behalf of the mother of three children who had been placed in foster care under Interim Accommodation Orders in August 2017. The appeal concerned the scope of the Children’s Court’s powers, under 263(7) of the Children Youth and Families Act 2005, to impose conditions, in the best interests of children in temporary care, but which may have long-term consequences.

The Human Rights Law Centre published an article about the decision.

The significance of this decision cannot be overstated. Children come into the temporary care of the state for all sorts of reasons, not just for reasons of parental abuse or neglect. For example: parental illness. A decision by the Supreme Court is binding on Victorian courts, and sets a persuasive precedent with respect to other jurisdictions.

Request for [the children] to be immunised as currently at high risk from measles outbreak and unable to be sustained in out of home care placements due to no immunisations. [Two of the children] unable to attend childcare. (para 19)

The Children’s Court concluded that it was in the best interests of the children that the vaccination condition be included in the Interim Accommodation Orders, on the basis, the condition in issue goes to the health and welfare of the children whilst in that placement, and the foster carers were confronting substantial practical difficulties because the children were not vaccinated; the practical difficulties being factors affecting the capacity of the foster parents to utilise child care facilities and to care for the older child who is subject to being sent home from school in the event of any perceived threat that he may contract Measles or other diseases against which vaccination guards.

The DHHS conceded that it had no alternative powers to authorise vaccination of the children. Vaccination is not compulsory in Victoria – the parliament has rightly left that decision to the discretion of parents. Nor is there any legal requirement for children in foster care to be vaccinated.

Contrary to the submissions of the DHHS, the foster carers could not have been facing “substantial practical difficulties” as a result of the children being unvaccinated.

The children were exempt from No Jab No Play
Children who are, or have been on a protection order are exempt from the childcare vaccination requirement under section 143C (1) (g) of the Public Health and Wellbeing Act 2008 (PHW Act), as specified in guidelines made under section 143D of the PHW Act (page 2824).

Under section 143C (2) of the PHW Act, “within 16 weeks after the date on which the child first attends the early childhood service, the person in charge of the early childhood service must take reasonable steps to ensure that an immunisation status certificate in relation to the child is provided by a parent of the child”. Importantly, if the parent fails to provide the certificate, there is no provision in the legislation which would permit the childcare service to exclude the child once the 16 week grace period expires.

Accordingly, and contrary to the submissions of the DHHS, the foster carers could not have been facing “substantial practical difficulties” in enrolling the two youngest unvaccinated children in childcare services in Victoria. The department’s submission that the two youngest children were “unable to attend childcare” was a blatant lie. With respect to the oldest child, he was not required to be vaccinated to be enrolled in any Victorian school.

In an interview with 7 News, Jenny Mikakos, the Minister for Families and Children, Early Childhood Education and Youth Affairs, who previously practised as a lawyer, can be heard repeating the same blatant lie that the children would be denied “child care opportunities” if they were not vaccinated.

The risk from Measles outbreak was remote
In March 2014, the World Health Organisation declared that endemic Measles had been eliminated from Australia. As it is claimed that the Measles virus no longer circulates in Australia, the only cases of Measles are those imported from overseas.

During 2017, Victoria reported only 21 cases of Measles to the National Notifiable Diseases Surveillance System, most of which were in returned travellers.

Accordingly, and contrary to the submissions of the DHHS, the children were not at high risk from a Measles outbreak.

Risk of children being excluded due to contracting or being exposed to vaccine-preventable diseases was remote
Both vaccinated and unvaccinated children may be excluded from Victorian childcare services or schools in the event of being diagnosed with certain vaccine-preventable diseases. It is claimed that two of these diseases, Polio and Measles have been eliminated from Australia, and that one of the diseases, Rubella, is nearing elimination. Two of the diseases, Meningococcal and Diphtheria, are extremely rare, and it is accepted by vaccination experts that Pertussis and Chickenpox are not preventable diseases. At best, the vaccines moderate disease severity, not prevent the diseases altogether, so vaccinated children are just as likely to be subject to exclusion for having contracted Pertussis and Chickenpox. Likewise in the case of Mumps, with outbreaks having been recorded in fully vaccinated cohorts throughout Australia.

Unvaccinated children may also be excluded if they come into contact with another person diagnosed with Measles (exclusion can be avoided if the Measles contact receives Normal Human Immunoglobulin within 144 hours), Meningococcal Infection (exclusion can be avoided by receipt of carrier eradication therapy) and Pertussis (limited to 5 days following receipt of antibiotic therapy).

Accordingly, and contrary to the submissions of the DHHS, the foster carers could not have been facing “practical difficulties” due to the possibility of the children being excluded from childcare and school as a result of contracting or being exposed to selected vaccine-preventable diseases.

Misleading the court is a crime against justice
It is impossible to know if the Children’s Court would have still found that vaccination was in the best interests of the children had the DHHS not made false and misleading submissions, but that is besides the point.

Legal Aid Victoria advises that some offences are considered to be crimes against ‘justice’ itself.

Justice includes the courts, the legal system and the police. They include:

bribery
contempt of court
making false statements
perjury
These offences are taken very seriously by the courts and carry heavy penalties, including imprisonment.

Such is the seriousness of making false and misleading submissions to the court, possibly constituting criminal conduct, we will be bringing this matter to the attention of the Victorian Anti-Corruption Commission and Victorian Police this week.

It is not suggested that members of the judiciary presiding over this matter did anything wrong. They can only make decisions based on the submissions before them. Our concerns relate to the conduct of the DHHS, Jill Hennessy and Jenny Mikakos. We also have concerns about the quality of representation provided to the mother of the children by Legal Aid Victoria (a statutory authority).

We would like to thank the anti-corruption campaigner who brought this matter to our attention.

Hennessy’s and Mikakos’ ongoing contempt for the rule of law
Since No Jab No Play commenced operation in Victoria in 2016, we have received many reports of unvaccinated children being denied enrolment in childcare services even when they are exempt from the vaccination requirement. For example, the children of Health Care Card holders. Childcare services are making these decisions on the advice of Hennessy’s and Mikakos’ departments. As trained lawyers, both Hennessy and Mikakos are well aware that it is not open to their departments to impose requirements which go beyond the scope of legislation, yet this is exactly what is happening under their direction.

If your child has been denied enrolment in similar circumstances, we would ask that you seriously consider submitting a complaint to the Victorian Anti-Corruption Commission. Alternatively, we would be happy to submit a complaint on your behalf. Please contact us, making sure to include Corruption Complaint in the subject line.