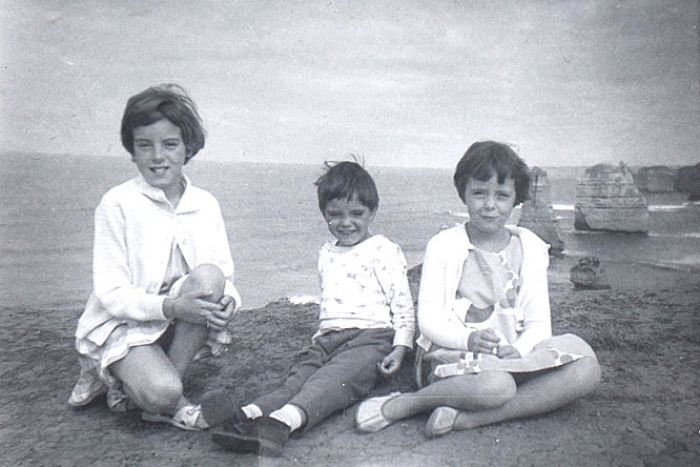 Being a crime reporter is not my job, but in the last month three separate people in South Australia came to me asking me to tell their stories. I am now going to act as reporter for one of them, Rachel McIntyre.

I also wish to announce that the avalanche is now happening. The silly little cabal overplayed its hand bigtime and the world of its members is crashing down on them. They believed it was sufficient for them to control our institutions. They knew how to rely on mafia hit men if whistle blowers got out of hand. OK, they were fantastically successful using such means as that, but now the jig is up.

Oh Cabaliers, you would be wise to come out with your hands up. Believe me you cannot hide your activities any longer. And, while you brainwashed an impressive percentage of the population, and you had police, judges, and media all cozy in your employ, whistle blowers will be whistle blowers. You are up that famous creek, and in a paddle-less condition.

I advise you to face reality and plead for mercy.

In South Australia’s history of murders, the most famous cold case is that of the three lovely Beaumont children.  On Australia Day, January 26, 1966, they took a bus to Glenelg Beach. Don’t be shocked that they went without parents. The older girl at 9 was a responsible child and in those days Adelaide was very safe.

By 7.30pm when they had not returned home, the parents called “000” and thus began the biggest manhunt in the country.

There was no need for a manhunt. The children had been kidnapped by a member of the pedophile ring who then murdered them. The body-boy who worked for that group is Max McIntyre. He and his co-slave Tony Munro brought them home in the boot of their car and later buried them.

The main piece of news here – and it is regrettable that members of the Beaumont family will have to read such a thing – is that two police women were in the McIntyre house that night. Not off-duty cops but on-duty cops. The South Australian Police (known as SAPOL) have never been unaware of the fate of the three children. The “great mystery” of their disappearance is – pardon me – a crock.

Names may be a bit confusing. So let me identify the members of the McIntyre family. There is a grand-dad, James Duncan McIntyre. He survived the Kokoda Trail in World War II and was a genuine hero. His son Allan “Max” McIntyre was born in 1929 and had a career as a wire-taper with Telecom.

Both his wife Margaret and his daughter Clare died in suspicious circumstances.  I don’t mean to imply that he got rid of them – I’d guess that The Powers That Be wanted them out of the way so they would not spill any beans. But Andrew and Ruth have spilled beans.

Later Max got married again, to Suzanne Appleby,  and one of his children from that marriage, Rachel, is a dedicated bean-spiller. (Thank you, Rachel.)  She was born in 1973 and is almost 20 years younger than her half-brother Andrew.

Max, the father, died last year (November 2017) at age 88. He was a very bad man, but I don’t know how he came to be that way. His children are good people so I suspect he started out good and got twisted by… by the twisters. Rachel thinks he may have been a victim of MK-Ultra.

He was violent toward his kids and she was very relieved when he died. His day job was as a wire-tapper for Telecom, and he had many skills.

Rachel knows him to have been both a pedophile and a body-boy for other pedophiles, in cases where the child was “disposable.” He would chop them up.  Indeed, she saw one chopped up on his bathroom floor in 1977 when she herself was only 4 years old.

You may recall from the 2018 Adelaide Fringe show, a statement by Kathleen A. Sullivan (taken from her book Unshackled) that her duty on the CIA’s MK-Naomi program was to chop up bodies. If a CIA operative got killed overseas, she would be rushed over there to “do her bit” with the body so that the host country would not realize a CIA person had died.

(Really, you can’t make this stuff up, can you?)

Why You Should Believe Rachel Vaughn, nee McIntyre

Recall that one of the most compelling elements of Fiona Barnett’s credibility is that she did not wait till recent years to inform the public of what was going on. She started in the 1980s but couldn’t get ordinary people to believe her (naturally enough) and was never able to get law enforcement to listen.

After the Royal Commissions findings we naturally are inclined to believe Ms Barnett, and scores of victims have corroborated her allegations.

Rachel Vaughn ought to win a gold medal for keeping records of her attempts to report to the police the criminal activities of her father.  For example, in relation to the aforementioned incident she has this in her notebook:

4? Sep 2007 — Phone call to, and conversation with, 21 Aug 2007  INTERVIEW with Annette Burden of SCIB, at Goolwa Police Station, detailing my sexual abuse and witness account of small child’s body as well as a man’s right foot in our Macklin Street bathroom 1977.

Annette Burden of SCIB to see how case has progressed. Burden says Scott Barker now handling my case but is on five weeks leave. No-one else is handling Barker’s portfolio in his absence.

One can only hope that the man lost his right foot after death and not while he was still living.

“Later in 2007, phone conversation with Scott Barker of SCIB. Told by Barker (taped conversation): ‘you are just one in a long line of victims and you have to wait your turn’.”

Imagine how you would feel after reporting a cut-off foot if you were treated so rudely. It boggles the mind. Yet this is what many reporting victims say! Surely this is a sign that the various police persons ARE ALL IN THE EMPLOY OF THE PEDOPHILES AND MURDERERS.

The alternative interpretation is that they are just doing their job properly and they think the allegations are incorrect.  But even so, cops get paid to investigate.  They have whole bureaucracies of file keepers and if similar stories kept cropping up from unrelated people how could they not deduce that something was afoot.  Oh, sorry, I mean that something was happening.

In a later entry Rachel says: “Sister Ruth saw 5 cadavers brought into our home in body bags [on that same day in 1977].”

Rachel has given me much more information but I am withholding it for now as I wish to concentrate on one aspect of her “ledger.”  From time to time she sums up what she has been doing with police and send a letter to numerous politicians. For example:

28 Jun 2007 MLC: Re: form letter number 1 – Paedophilia and Police Corruption in South Australia.
1) “I believe my father to be the body boy for the infamous paedophile ring: The Family.”
2) the accounts of two witnesses (mine and Ruth’s) to the mutilated body of a young girl in Max’s bathroom 1977/78 (me at four years of age, Ruth an adult at 22 years of age) are being ignored by SAPOL (namely Paul Tucker of Major Crime);
3) three siblings’ (Rachel, Andrew, Ruth) accounts of incest perpetrated by their father ignored by SAPOL. I also state that Max was friend to convicted paedophiles Peter Liddy and Tony Munro.

She occasionally gets a reply but it is usually the bedbug letter, as in “This is not handled by our department.”

What Does This Signify?

I think we have to deduce from the above list that our politicians do know what is happening regarding the pedophile ring. It is rumoured to include many top people in Australia, strange as that may seem. The pollies’ ability to ignore Rachel (and maybe dozens of Rachels) is therefore deliberate.

Granted, it may be unconscious, but nevertheless deliberate. It’s not based on any real decision by them that Rachel is making it up. So, while the TV audience is being fed spooky stories every now and then about the Beaumont children, or “the Family” or other cases, the real story is known to many, many public servants such as policemen and parliamentarians.

Rachel did get a few non-bedbug replies.  For example:

‘have investigated the allegations of Mr Allan McIntyre’s involvement in the 1966 Beaumont children disappearance and the murders of Kelvin, Langley, Stogneff and Barnes. Police investigations show there is no evidence linking Mr Allan McIntyre to these matters.’

I might mention that Spence Bevan von Einem is in Yatala Prison hiving been convicted of the death of Kelvin, while the deaths of Langley, Strogneff and Barnes are famous cold cases.  Possibly the reason the Kelvin murder got “solved” was the fact that Richard Kelvin age 15, was the son of a well-known newsreader, Robert Kelvin and the public expected “answers.”

It is nevertheless widely rumoured in Adelaide that von Einem was made to take the rap for someone higher up. He, von Einem, remains in jail now, years beyond the date his sentence ended. This could be so he does not again become a danger to the community. Or it could mean he must remain incommunicado.

There are also some astounding rumors as to whom von Einem is covering up for.

— Mary W Maxwell is an Adelaidean “on sabbatical’ in New Hampshire where she worries about being bitten by a tick and coming down with Lyme disease. All drone ticks will be examined.

Here Comes the Avalanche, Part 2: Say No to Cute Side-stepping by the Press

2 thoughts on “Here Comes the Avalanche, Part 1: Bodies of the Beaumont Children”