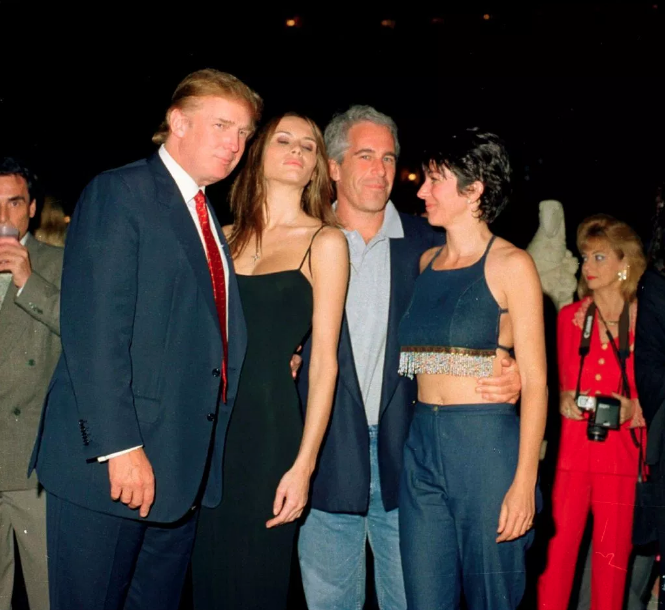 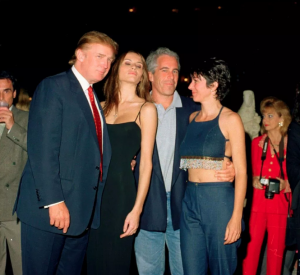 This blockbuster of a story ought to be a no-brainer.

The only reason Jeffrey Epstein was recently arrested was to put President Trump in a political vise.

KEY POINT: The single biggest mistake of Trump’s presidency was to appoint the corrupt Alex Acosta to Labor.  With that exceedingly bad move, Trump forever associated himself with the Epstein scandal.  Why he made such a disastrous appointment to such a crucial secretary position can only be explained that he was coerced. See Did they arrest Jeffrey Epstein to put pressure on Trump? Secretary of Labor Alex Acosta is up to his eyeballs in alligators from the Pedogate swamp!

First, it’s important to understand that this new criminal case against Epstein is being brought by the Southern District of New York (SDNY). This particular jurisdiction has already demonstrated an extreme hatred for Trump.

The various legal initiatives launched by the SDNY targeting Trump, both directly and indirectly, clearly illustrate the outworking of a hardcore vendetta by New York City’s ultra-liberal Left. They want Trump, and they want him bad!

Thirdly, District Judge of the United States District Court for the Southern District of New York Richard Berman is presiding over the Epstein case.  “Berman was appointed by Bill Clinton in 1998. He presided over Dinesh D’Souza’s case where D’Souza was convicted of re-imbursing friends to evade campaign contribution limits in a New York election.”[1]  Certainly these circumstances do not bode well for all the names that are soon to be dropped by Epstein in order to receive the proposed 5-year prison sentence plea agreement.

For any truth-seeker who really wants to understand the Epstein-Trump back story, the following exposé lays bare the proven facts and more critical points of this sordid saga.

A VERY SPECIAL MESSAGE TO THE PATRIOT MOVEMENT:
Donald Trump is NOT who we thought he was

There are names on every side of the political spectrum in that book… and both major parties want it for obvious reasons … before the 2020 elections. Who did not see the impact of Pizzagate / Pedogate on Hillary Clinton’s epic defeat?!

PEDOGATE: These are just some of the VIP names in Jeffrey Epstein’s “Little Black Book”

Between now and Election Day the epochal war between the Right and the Left is going to go nuclear. Actually, it already went nuclear with this utterly shocking arrest of Epstein.

KEY POINT: What the American people are about to witness is a replay of the Robert Mueller strategy. Even though it was the Democrats who were guilty as sin regarding the Russiagate hoax, the Special Counsel only focused on Trump’s non-crimes. Watch for the same during this one-sided prosecution of Jeffrey Epstein where only Team Trump is targeted and the Clinton Crime Family gets off scot free—AGAIN!

Lastly, there’s a curious twist of fate for Mueller in this ongoing “Scandal of the Millennium”. It appears that his Democrat sponsors and Leftist enablers are taking serious revenge for not indicting Trump, given his deep professional involvement in EPSTEINgate. See: FBI Documents Prove Dir. Robert Mueller Helped Billionaire Pedophile Jeffrey Epstein Avoid Prosecution 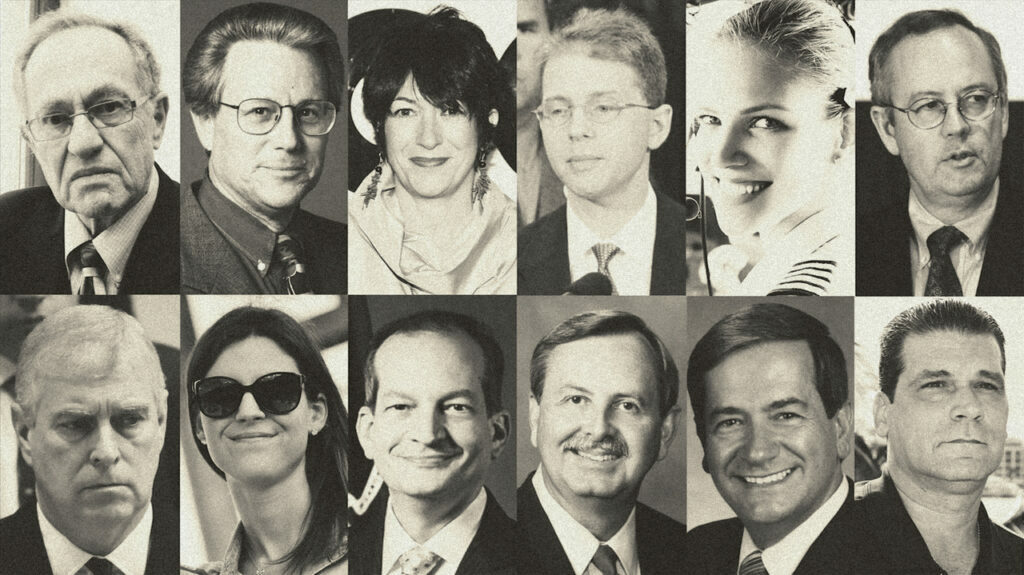 It’s called the “Scandal of the Millennium” for very good reason.

Special Note: Alex Acosta was approved by the Senate by a vote of 60-38 as Secretary of Labor. Because every U.S. Senator at that time knew of Acosta’s direct participation in the Epstein scandal, he should have been rejected 100-0. Hence, the only rational explanation is that the Democrats did not fight it like they fought against Brett Kavanaugh because they knew they could use the future scandal to take down Trump…which they’re doing at this very moment.

There was an extremely significant series of developments that occurred back in December of last year. It began with the Bush Funeral “Envelope Affair” and continues to this very day. While the Epstein arrest may appear to fit into the political jujitsu both sides are aggressively playing in the lead-up to the 2020 election, this explosive happening is much more likely related to Iran. In other words, the Mossad is using the Epstein scandal to compel Trump to follow orders issued from Tel Aviv, especially where it concerns making military moves against Iran. Trump ‘let down’ PM Benjamin Netanyahu last month after the false flag attacks in the Mideast Gulfs. The POTUS was supposed to approve airstrikes against Iran’s nuclear testing sites. As a result of Trump’s noncompliance, Israel will exert every manner of coercion and blackmail to ensure there is not a repeat non-performance on his part.

As predicted, the MSM sharks are circling both Trump and Acosta this morning (See: What did Epstein’s famous friends know and see?). For Trump to imprudently deny his knowledge of Acosta’s direct role in EPSTEINgate spells certain disaster for the POTUS. The notorious Epstein criminal affair (and especially the illegal Acosta plea deal) is the biggest case in South Florida history and has been the talk of the entire Mar-a-Lago crowd for many years. Does Trump not see that he was quite purposefully set up with the Acosta appointment by those who forced him into it?! If the prez has an Achilles’ heel that can take him down, this is it, folks!

Trump’s in serious trouble with the SDNY, fails to understand he’s been set up—BIG TIME!

It appears that the Brits, as always, have a hand in this rapidly exploding scandal. The whole inexplicable affair surrounding the British ambassador only makes sense in the larger context of EPSTEINgate. It appears that Theresa May et al. were not only trolling Trump in light of his undeniable involvement with Epstein, the British Intelligence Community also assisted with the new sting operation in Manhattan (just like they fabricated the fake dossier). As follows: EPSTEINgate: British ambassador who warned that ‘Trump’s administration could collapse in disgrace’ really a [SELF-FULFILLING] prediction by May’s government.

This hyperlinked article states that Acosta understood that Jeffrey Epstein was working for an intelligence agency. If so, then his function as a Mossad/CIA Pedogate handler becomes more apparent by the day. Pedogate is, after all, the primary control mechanism by which world leaders and corporate tycoons, elected representatives and government officials, Hollywood stars and famous singers are coerced and blackmailed with awesome effect. See: PEDOGATE: Pandora’s Box Has Been Opened for Deep State and the C.I.A.

Epstein’s female recruiter throughout this saga was Ghislane Maxwell. Not only was she the point-person for bringing so many under-aged girls into Epstein’s homes, she was intimately involved with every aspect of this Pedogate black operation. Ghislane is the daughter of Robert Maxwell, a major Mossad asset who lived a life of extraordinary intrigue, dangerous plots and unending conspiracies. See GHISLANE MAXWELL: Anyone who doesn’t believe Epstein’s ‘recruiter’ was Mossad needs to understand her father’s story

[1] Clinton-appointed Epstein judge as compromised as they come