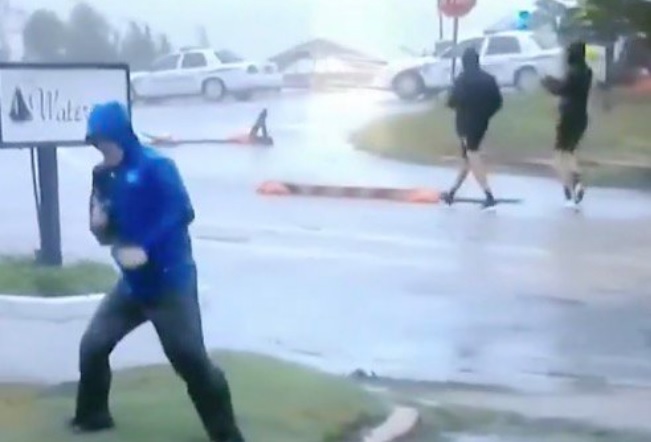 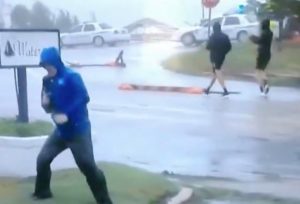 The internet is abuzz with the hilarious discovery of a Weather Channel reporter caught faking like he’s barely able to stand in hurricane-force winds while two guys casually stroll down the street behind him.

Hilariously, he’s leaning in the wrong direction, since the correct maneuver is to lean into the wind. As you can see in the laugh-out-loud video below, he’s actually leaning away from the wind while faking like he’s barely able to stand. This is yet more proof that many so-called journalists are actually just “crisis actors” who use TV broadcasts to carry out elaborate hoaxes and staged crisis events.

An on-screen number shows the wind is actually just 29 mph where this reporter is located, which explains why other people are able to easily walk around in shorts.

See the full video at this REAL.video link, where it won’t be banned:

Not only is the Weather Channel fake news; it’s also fake science. Now, we have video proof that the so-called “weather reporters” are really just hilarious hoax actors who pretend to create a crisis scene where none exists.

REAL.video users are having a field day with the hilarity. A user channel named Rainbow Rising has posted a parody of the Weather Channel, where a man hilariously claiming to be barely surviving a vicious storm while his hand manually shakes a palm tree to simulate hurricane-force winds.

See that video at:

REAL.video is the free speech alternative to YouTube. Create your own video channel for free at this link.

One thought on “Hilarious fake news: Weather Channel reporter fakes hurricane-force winds while two guys casually stroll down the street behind him”