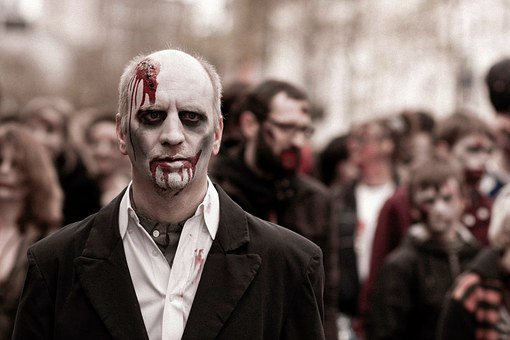 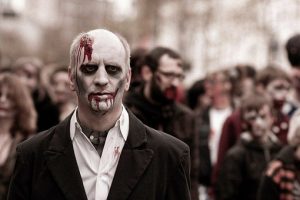 —I’m republishing this piece because protests against vaccine mandates are rising across the world; and so are brutal lockdowns and fascist takeovers of nations. The clash is intensifying.

Here in the US, we have a demented mandating nut in the White House, and another nut who left the White House last year and keeps pumping up his destructive Warp Speed vaccine, as he currently tours the country.

“Omicron” is very much a movie title. Fear the Omicron. It attacks by night. And it’s being used to explain all the people having heart attacks and dying after vaccination.

The compliant people of the world ARE being treated to the movie called COVID. They’re in it, unfortunately. No virus, but instead a plot line about a virus. The producers (e.g., Bill Gates) already have all the money they need. But they’re not in it for the money alone. They want to cause pain and leverage control of the planet. It’s their wet dream.

Wikipedia has a page listing “films about viral outbreaks.” I count 134 titles. Obviously, the theme has legs.

A few of the more famous movies: I am Legend; The Omega Man; The Andromeda Strain; Outbreak; Maze Runner: The Death Cure; Resident Evil: Apocalypse; Contagion.

Manufacturing 134 movies on one subject, you can sell almost anything. Zombies, toasters, alarm clocks that have long noses, golf balls from Mars, cave women with flawless teeth and perfect makeup and salon-sculptured hair and carefully engineered cleavage.

But in this case, it’s viruses.

At rwjf.org, there’s an interesting interview with Scott Burns, who wrote the screenplay for the 2011 film, Contagion, and the technical consultant on the project, Dr. Ian Lipkin, director of the Center for Infection and Immunity at Columbia University. Here are excerpts:

Scott Burns: “Obviously I worked with Ian, and early on I also met Dr. Larry Brilliant, who was very helpful [and certainly brilliant]. I had seen Larry’s TED talk where he showed the Malthusian charge through the world the virus would have. I also worked with Laurie Garrett on the movie, because she had written this book, The Coming Plague, which was very, very useful to me in sort of teasing out how these things have a medical component, but they also have a social justice component and a political component and all sorts of interesting aspects of human behavior.”

Dr. Ian Lipkin: “I started very early with Scott. There were a lot of people who contributed—CDC, WHO and others… Scott would bounce ideas off of me and others in his ‘brain trust’ and most of the time we were in accord. My role grew dramatically over the course of production. It began with just a consultation, and then I rapidly moved into helping the set designer in designing the virus, and we had a few days where we had actors come to the lab and spend some time working at the bench, learning how to pipette and look through microscopes and get into gowns and such. And even at the very end, I was working with the sound engineer, recording sound for the movie—lab background and that sort of thing. I did a lot of traveling with the crew. It was like a circus.”

“We settled on that virus [a paramyxovirus] within the first half an hour with Laurie and Scott and I, high above Columbus Circle in New York. We threw out a number of possibilities to Scott and he batted them down, and then one came to mind that struck me as the perfect choice, simply because there had been some reports earlier suggesting this virus, which wasn’t readily transmissible, had become readily transmissible to humans—that was Nipah. It also gave Scott and the director and actors an opportunity to do more than just cough and die. They could develop seizures, they could have hallucinations—all sorts of things that were much more interesting than a standard respiratory disease. We settled on that really within the first thirty minutes, and then Scott went back, thought about it and decided it was a good way to run. It doesn’t take much fuel for him to run quite a distance.”

Turns out that designing a movie about a pandemic is pretty much the same sort of project as designing a fake COVID pandemic in the world.

You pick out a story about a virus, give it an authentic feel, embroider it, and sell it.

In the interest of balance and fairness, I’ve written a few notes for a screenplay that would take a different approach:

In New York, the body of a dead virologist floats to the surface of the East River.

After a brief round of speculation that he might have perished from a mysterious viral infection, the coroner announces the cause of death was three gunshot wounds to the head. In other words, possible suicide while swimming.

A lone NYPD detective (divorced, alcoholic, disparaged by fellow officers, heroic) discovers the dead virologist’s notebook inside the freezer in the virologist’s apartment.

He thaws it out and reads this: “The coronavirus has never been isolated. It’s a fake. They’re selling a fairy tale about a virus.”

Two days later, a beautiful woman doctor (with engineered cleavage) from the CDC shows up at the detective’s apartment. Somehow she knows the cop has found the virologist’s notebook.

They talk. The mutual attraction should be immediately evident. If not, the brief cuts of sex they’re having on the floor provide sufficient evidence for the audience.

The police detective is warned (anonymous phone message) to stay away from the case of the dead virologist.

Hey, it’s a B movie. Low budget. Could shoot the whole thing over a weekend in Manhattan.

But we need some kind of twist.

So it turns out the detective, the dead virologist, and the beautiful woman doctor from the CDC are just story ideas in the mind of a screenwriter, who, in the movie, is pitching the project to producer pals in an office high above Columbus Circle.

He’s pitching a movie that exposes a fake virus and a fake pandemic.

But wait. There’s more. In a mind-bending revelation, we learn that the screenwriter and the producers are secret agents from a distant planet called PROPAGANDA.

They’ve come to Earth to promote a fake pandemic…but a conflict has developed among them. The screenwriter has decided he wants to blow the whistle on his bosses from PROPAGANDA, and the producers want to carry out their mission to sell the people of Earth fake COVID-19, as if it were real.

The movie is basically an extended conversation about fake vs. real, virus vs. no virus, pandemic vs. hoax.

As the screenwriter earnestly pitches his film, his ideas will come to life, briefly, on the screen: there’s enough cleavage, sex, and murder to satisfy the Hollywood code.

Will the agents from the planet PROPAGANDA succeed in selling Earth the notion that COVID is real? Or will the heroic defector, the screenwriter, succeed in foiling the whole operation?

The 134 Hollywood movies about outbreaks of viruses aren’t only programming audiences. They’re instruction manuals for planners who launch fake pandemics.

Definition of “fake pandemic”: a movie that is happening in the world, not on a screen, in which the suffering and the pain are REAL—but are not the result of a virus. For further reference re pain, see “lockdowns, mask mandates, business bankruptcies, suicides, vaccine damage, police state.” For lunacy and true believers, see “deranged hostile masked vegan Whole Foods shoppers, and so-called science bloggers living in mommy’s basement.”

Definition of “virus”: any presumed particle that has never been isolated.

Definition of “virologist”: any person who pretends to discover tiny particles that aren’t there.

Alternate definition of “fake pandemic”: any medical event involving large numbers of people that never ends. For further reference, see “keep wearing two masks after being vaccinated and THEN being diagnosed with COVID.”

Outbreak, Dustin Hoffman—“I’ll say it one last time. These [infected] people that you’re going to bomb are not the enemy. We can kill the virus without killing these people. I swear on my soul that the President does not have the facts. He doesn’t know we have a working serum [antidote].”

Contagion, Jennifer Ehle—“Somewhere in the world, the wrong pig met up with the wrong bat.”

I Am Legend, Will Smith— “Blood tests confirm that I am immune to both the airborne and contact strains…Vaccine trials continue, I’m still unable to transfer my immunity to infected hosts. The Krippen Virus is… elegant…Hmm, a behavioral note, um, an infected male exposed himself to sunlight today. Now, it’s possible decreased brain function or the growing scarcity of food is causing them to…ignore their basic survival instincts. Social de-evolution appears complete. Typical human behavior is now entirely absent.”

Would you buy a used car from these people?

Definition of Hollywood actor: a person who can utter ANY line in a script without showing the smallest trace of embarrassment, in exchange for a paycheck—and in interviews casually refers to himself as an artist, and when speaking of Hollywood, deploys the possessive phrase, “in our industry.”