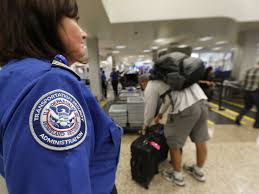 Homeland Security’s advice for the millions of Americans traveling overseas who don’t want to end up in its facial biometric database is simply not to travel.

That’s according to the agency’s own assessment document published earlier this year of a new so-called traveler verification project to “capture facial images of travelers” leaving the US.

The effort aims to help Customs and Border Protection (CBP) track non-immigrant foreigners and those who overstay their visas. To date, foreigners arriving in the US will have their photo and fingerprints recorded at the border, but Americans are exempt from turning over their biometrics.

The new questionnaire for visa applicants was approved last month and is now in effect.

But now the agency wants to scan the faces when anyone — including Americans — leaves the US.

“The only way for an individual to ensure he or she is not subject to collection of biometric information when traveling internationally is to refrain from traveling,” says the document.

Six major US airports, including Boston, Atlanta, and New York’s Kennedy Airport, have completed trials started under the previous Obama administration, with an aim to have the system fully operational by next year. CBP says that it won’t know exactly who is overstaying visas until face scans are also carried out at US land and sea ports.

The assessment says facial scans will be deleted after two weeks, but can be retained for longer.

Privacy advocates argue that it’s inching towards a surveillance state.

Protect more data in more place with Dell EMC powered by Intel® – Intel Inside®. New possibilities outside
Trust that your data is protected to meet any service level across all consumption models with Dell EMC data protection solutions.

“[Homeland Security] has never consulted the American public about whether Americans should be subject to face recognition,” said Harrison Rudolph, a law fellow at the Center on Privacy & Technology at Georgetown Law, in a blog post.

“What’s even worse is there is good reason to think Homeland Security’s face recognition systems will be expanded,” including to TSA checkpoints before a flight, he said.

Congress has agreed several times to extend face scans on foreign nationals leaving the US, but critics say that lawmakers never intended for Americans to also become subject to the new measure.

“Congress has passed Biometric Exit bills at least nine times,” said Rudolph. “In each, it has been clear: This is a program meant for foreign nationals.’

Jay Stanley, a senior policy analyst at the American Civil Liberties Union, said the CBP is “giving itself the authority” to carry out facial scans.

“Facial recognition is the biometric most easily reused for surveillance purposes. It’s hard to take someone’s thumbprint without their knowledge or participation, but you can take a face print from 100 yards away,” said Stanley. “The government has the greatest power to search at the border.”

“There’s a very real concern that this is the beginning of a journey down the road towards a checkpoint society,” he said.

The Trump administration said Thursday in a diplomatic cable, seen by Reuters, it will now require nations to provide “extensive data” on passengers to help vet visa applicants as part of an anti-terror strategy — though, the cable did not say what kind of data.

Countries that don’t comply with the memo could face travel sanctions, the report said.