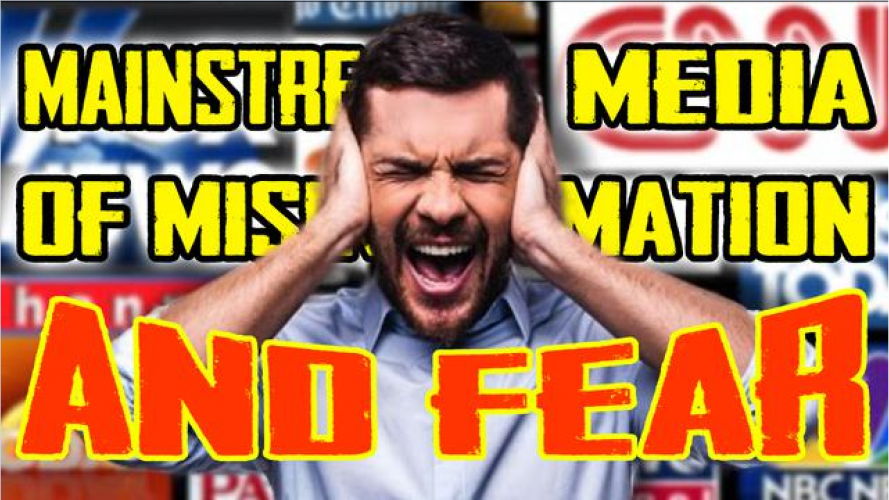 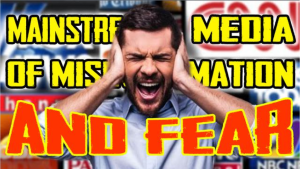 Today, like yesterday and tomorrow, news outlets will announce the number of new COVID-19 cases. “Cases,” in this case, will be the number of people who tested positive for COVID-19 since yesterday’s announcement.

In the spirit of accentuate the negative and eliminate the positive, the number of people who tested negative for COVID-19 will not be announced.

Today, like yesterday and tomorrow, news outlets will also announce the new number of COVID-19 deaths, along with the total number of deaths attributed to COVID-19 to date.

Here again, context is needed. The CDC (Centers for Disease Control and Prevention) has a bevy of competent and careful counters. Those epidemiologists take the time that is necessary to gather the statistics required to make reliable estimates.

As such, the number of deaths caused by the 2017–18 seasonal flu is the most recently finalized estimate for influenza deaths in the United States: 61,099. We had a vaccine for that flu, and about 37 percent of adults were vaccinated.

The vaccine was about 38 percent effective. So it is reasonable to guess that if we had not had a vaccine for the 2017–18 flu, its mortality figure would have been about 69,690.

Accordingly, if COVID-19 was only as inherently lethal as the 2017–18 seasonal flu, because we did not have a vaccine for COVID-19, its mortality figure would be about 69,690. So if the two viruses reached those projected death tolls independently, we would expect about 130,789 deaths.

Fear-mongering can be lucrative. Bad news grabs readers’ attention and enables testing companies to reap unprecedented profits — but only if context is not allowed to dampen enthusiasm for accentuating the negative.

Unfortunately, we have surpassed 200,000 deaths. In the spirit of if-it-bleeds-it-leads, however, media sensationalism attributes all possibly-COVID-19 deaths to COVID-19. This is news outlet overkill.

The CDC is careful to specify that its mortality graphs combine deaths from Pneumonia with flu-like symptoms, deaths from Influenza (seasonal flu), and deaths from COVID-19. They call that combination “Deaths due to PIC” (see Figure 1 below).

There was an alarming spike in PIC deaths during March and April 2020. An unknown number of those fatalities were patients who could have survived the seasonal flu or COVID-19 alone, but could not survive simultaneous infection with both viruses.

The important context here is an unknown number. It tells us to be skeptical. News outlets also announce absolute national death totals instead of per capita deaths. Fear-mongering can be lucrative. Bad news grabs readers’ attention and enables testing companies to reap unprecedented profits — but only if context is not allowed to dampen enthusiasm for accentuating the negative.

For example, even if U.S. deaths due to PIC top 400,000 in 2020, whether COVID-19 without serious comorbidities caused the vast majority of those deaths or only the largest portion, those deaths should be considered in the context of the size of the U.S. population (about 328 million) and the number of deaths otherwise expected this year (about 2.8 million). In the context of those denominators, PIC deaths are a real concern, but they are not catastrophic.

As put by Michael Barone,

The current [Covid-19] death toll of 185,000 is 0.055% of the current population. It will go higher, but it’s about the same magnitude as those two flu outbreaks and less deadly for those under 65.

Yet, there were no statewide lockdowns, no massive school closings, no closed office buildings and factories, restaurants, and museums. No one even considered shutting down Woodstock.

Even though stroke and heart disease are not contagious, their combined 795,000 deaths will swamp reasonable projections for COVID-19 deaths – but still, the effect of deaths from stroke, heart disease, and HIV/ AIDS has not been catastrophic because combating those illnesses has not entailed policies that cause massive unemployment, divert health care from other lethal illnesses, and raise the specter of economic collapse. Three hundred and twenty eight million is a big denominator.

Given a concerning-but-not-catastrophic PIC pandemic, public health responses also need to be kept in proper perspective. Wrong context is even worse than no context.

Erring on the side of caution, the CDC decided to advise more stringent strategies than might have been appropriate – identifying and isolating patients, requiring social distancing, economic and social lockdowns, compulsory mask wearing, maybe even tracing contacts, et cetera — many of the strategies that helped defeat Ebola virus epidemics.

Sounds good, but there are two problems. The first is feasibility of enforcement. China’s government has the power over its provinces and people to enforce lockdowns and quarantine major cities like Wuhan (11 million people).

The United States is not that “united.” We have states’ rights. Even states whose governors try to isolate their state from other states find that their policies have more holes than a sieve. A country that champions “Give me liberty, or give me death” and “Live free or die” cannot enforce strictures that could work in theory.

Feasibility of enforcement aside, there is an epidemiological hitch that cannot be overcome even in theory. Compared to coronaviruses (common cold, COVID-19) and influenza viruses (flu), Ebola is super-lethal. Super-lethal means that victims do not live long enough to become asymptomatic long-term carriers. But with COVID-19 we have asymptomatic regular-spreaders, silent spreaders, and super-spreaders.

So when new cases and deaths decrease below pandemic levels in areas where CDC recommendations have been largely observed, and those areas begin to “open up” in response, non-immune people who come out of lockdown are at high risk of being infected by a plethora of highly mobile carriers.

This phenomenon drives what is often called a “second wave” of Covid-19 (per the second bump in Figures 1 and 3). The term “second wave” can be misleading. The virus does not do anything new. New infections are caused by first exposure of non-immune individuals within a population that was closing in on herd immunity.

Herd immunity is both a reality and a mystery. Plants can signalsurrounding conspecifics when an infectious agent is on its way, enabling signal receivers to mount preemptive defenses that do not involve antibodies. Perhaps it is rash to assume that animals, including humans, have not evolved analogous signaling capacities.

Either way, we need to keep an open mind about unknown immunity mechanisms. Common colds and seasonal flus spread like wildfire, then decline asymptotically toward zero. The viruses involved are not naturally selected to become less infectious, but only a minority of potential victims suffer symptoms before herd immunity works its magic. The phenomenon of herd immunity tells us to be skeptical about how much we really understand.

Projecting U.S. deaths forward on Figure 3 strongly suggests that in addition to taking longer to reach herd immunity than Sweden, the U.S. per capita death total will be significantly higher than Sweden’s.

“I told you so!” would be a justifiable response from Swedes, but instead they have built the most copiously and transparently sourced, interactive, appropriately caveated, and informative worldwide COVID-19 tracking website available.

In Africa, where the stringency of government responses to COVID-19 has often been even less than Sweden’s, the continent “seems to have weathered the pandemic relatively well so far,” raising “the controversial idea of letting the virus run its course to allow the population to become immune,” according to Science magazine.

Letting the virus run its course was recently advocated by dozens of Israeli physicians and scientists:

“A lockdown does not stop the pandemic, it merely slows its spread slightly and temporarily … When the restrictions are lifted, the virus continues its spread, and this after the country’s citizens have been weakened emotionally, economically and above all in terms of their health.

“A lockdown does not prevent deaths. On the contrary, it extends the period of time during which populations at risk are exposed to the virus … thus paradoxically causing excess mortality.”

Sometimes slowing the spread of a disease means that the same number of people need to become immune before herd immunity is acquired, such that slowing disease spread slows acquisition of herd immunity.

Nevertheless, slowing disease spread prevents hospitals in densely populated areas from being overwhelmed, and allows more time for the development of improved treatments and possibly a vaccine — a tool that boosts herd immunity and should always be used when available.

So slowing the spread of a disease that requires the same percentage of immune individuals to reach herd immunity can mean fewer deaths from that disease per se.

COVID-19 may be an example, but the number of lives saved by flattening the COVID-19 curve seems likely to be fewer than the number of deaths caused by the CDC’s well-intentioned recommendations. Data from Sweden and parts of Africa suggest that caring for the sick as we do with seasonal flus, but otherwise letting a coronavirus “run its course” may have been a wiser strategy. Figure 3 (In order to obtain Figure 3, scroll down to “Biweekly deaths” then click “Chart” [“Map” is the default], then click “Add country” and choose United States.)

Public health responses to COVID-19 that are more appropriate for Ebola can cause response overkill. Federal, state, and municipal response overkill has the potential to turn an inherently non-catastrophic virus into a catastrophe.

If that happens, when COVID-19 finally becomes a not-fond memory, the more wizened among us will not be surprised to hear government officials take credit for having defeated the pandemic with their stringent responses — having conquered the catastrophe that they created.

Sometimes a good question unmasks a half-asked, half-assed answer. In addition to demanding good news that puts bad news into context, we need to retain a healthy skepticism toward cures that may be worse than the disease.