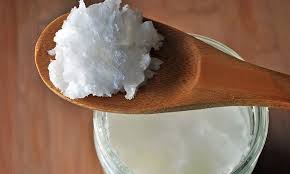 When I first told my friends I had been oil pulling, they looked at me as if I were crazy. “What’s oil pulling?” they’d say. “Is this another silly alternative health quackery thing?” You sort of have to expect that when you tell people you swish coconut oil in your mouth for 20 minutes a day.

But as time has went on, some friends (mostly with desperate dental issues) have tried it and now praise it. One of my friends had a case of bad receding gums, his Dentist told him that in 6 months, he needed a follow-up and likely he’d need further processing to resolve the matter. My friend instead asked me how to oil pull. He told me he’d try it and that the truth would reside in what the Dentist, who would not be told of the pulling, would have to say. Six months later, the Dentist told him his gums were all better. And my friend has pulled ever since.

So before I get to how oil pulling helped me, some of you might be wondering what the heck oil pulling is? That’s fair enough, folks.

Oil pulling means you swish oil in your mouth for 20 minutes a day (typically first thing in the morning and typically people use cold pressed coconut oil). I put a teaspoon of coconut oil into my mouth. I swish it around the mouth and “pull” it by sucking it between teeth. I spit it out after 20 minutes (in the garbage, coconut oil can clog your drain). I then rinse my mouth with warm water. And then, well, I brush my teeth and the day begins. The purest will say it MUST be done in the morning, but I’ve never found that to be true. I do it at night sometimes as well and get wonderful results.

So what has doing this amounted to in terms of life improvements for me? Here’s a short, prioritized list.

I began to sleep better.

This was the most immediate effect. The day I started oil pulling, I noticed that I fell into a deep sleep at night. It took a week or so before I related my new found nightly deep slumbers to be related to oil pulling. I’m not here to tell you this will work for you, but I am here to say that it worked for me and it has worked this way for many others. I actually found myself having issues getting up in the morning I was sleeping so deeply, but once I was up, I was good to go: I was revived feeling. As someone commonly prone to restless nights, this unexpected benefit turned into my number one reason for oil pulling.

Plaque fell off my teeth.

I mean this in the literal sense of the description. After about 4 days, I began to notice when I’d spit the oil out that fragments were coming out as well. At first I didn’t realize what they were, but then it became clear. So I ended up getting a dental pick and prodding around, I found that plaque was falling off with relative ease. The oil pulling softens it up and it just unattached from the teeth. Having this happen caused my mouth (and piece of mind) to feel a whole lot better.

This was becoming a big issue for me. I went to the Dentist a lot over the matter. My gums hurt. Whenever I brushed my teeth, they bled (and hurt). It was tough to even floss due to the pain. I began brushing probably more than I should have. When I started oil pulling, I noticed that some parts of my mouth would bleed almost randomly, without instigation, during the middle of the day or night. At first I was concerned, but others called this a “side effect,” so I kept at it. After about two weeks, I not longer had bleeding gums or pain in my gums.

Maybe it was the better sleep, not sure, but I felt a lot more energized after oil pulling. Some say it helps balance blood sugar, which would definitely explain the effect, but I really can’t prove that as the reasoning. All I can say is that the effect was noticeable and defined.

Brushing never caused my mouth to feel this good. Oil pulling feels like the high-powered car wash spraying every crevice while brushing feels like the bucket of soap and water with a hand-towel. Oil pulling gives your mouth this crazy ultra-clean feeling. I still brush, but I admit, if I had to choose between brushing or pulling, I’d choose pulling.

I broke out, got a flu (yeah, side effects, let’s talk about that).

The good with the bad? Yeah, things happen. I summed it up to a side effect. I got a flu about week into things and noticed acne in places I never have had acne. Could have been anything, of course, but it does seem odd that it happened right when I began oil pulling. Many claim it to be a side effect which happens in the beginning.

But side effect aside, I highly recommend everyone try oil pulling. I really consider it alternative health magic. And it doesn’t cost hardly a thing!

So which coconut oil did I use?

I use this version which is available on Amazon. It USED to be found at Costco, but I’m not sure why I never see it anymore. I also use Whole Foods. Here’s the tricky part, I make sure I use “Cold Pressed.” I’ve found that general grocery stores only carry expeller pressed. That means the coconut oil was exposed to heat. Whole Foods tends to have solid variety. Also, Trader Joes coconut oil is cold pressed and they only carry one brand, so you can’t go wrong. I like that one above because it’s so large. You go through it fast if you oil pull and cook with it.

Yes, you can use other oils. Traditionally, sesame oil was used. I didn’t prefer it, but I do use it in a pinch. Most of them are toasted or expeller pressed. Coconut oil seemed to have an almost magical effect.

Do you have a homeschool curriculum ready to go? Folks, the world is changing. Be ready.

Leave us a comment below if you oil pull, we’d love to have more stories so others can read them!

Donna and Hieu plug back in with me tonight to chat about  the live life claim and the incredible matrix like system that totally saturates every corner of our lives. You can find Hieu’s website here and can also contact him through the website if needed.  YouTube channel can be found here Related Posts:Australian Banks[…]

Liam: from here; https://iamhassentmetoyou.com/ "I’m Going To Show These ...
Liam: A Hieu infomercial, fact or fiction? Can I do the same with affidavit...
cuddy45: This is eye opening information and it opens many more doors on the NW...
@gus: Regardless wether the UAP is the answer or not the problem remains tha...
Matthew: I knew the Uniting Church and Anglican Church were woke. I wasn\'t exp...
Diane Drayton Buckland: Global Peace and Restoration Consortium to replace UN? Nov. 26, 2021 ...
Diane Drayton Buckland: All Politicians you had best read some truth. You all think you are s...
Diane Drayton Buckland: WHO Finally Admits Flu Is DEADLIER Than COVID19 ! Published on Nove...
Diane Drayton Buckland: SOS GLOBAL CALLOUT AGAINST AUSTRALIAN GOVERNMENT TYRANNY Call out ...
dicko: I agree with your observations. Gunner hardly blinks, he doesn't appe...