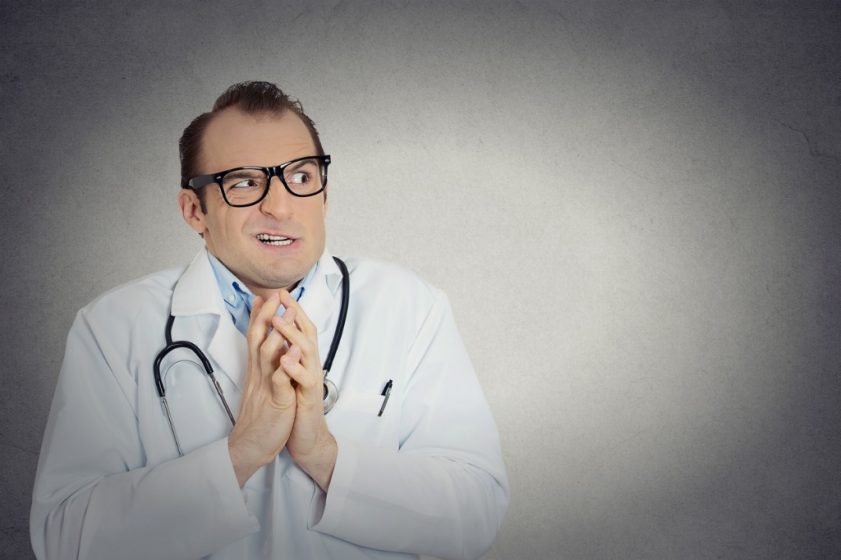 Statistical manipulation misinforms people by use of false measurements.

Why is this important?

The published studies that report high effectiveness rates are then used by governmental agencies, your pediatrician, and mainstream media to attempt to increase influenza vaccine uptake rates. In other words – it is a tactic designed to convince you to get the flu vaccine every year.

Why RR and ARR are Different

Relative risk tells you how badly one group fared in comparison to another group, in relative terms. It’s akin to saying, “Johnny jumped half as high as Timmy” – but you never know how high each of them jumped. Absolute risk reduction – on the other hand – tells you the actual difference in outcomes between the two groups. This would be akin to saying, “Johnny jumped 8 feet high, but Timmy jumped 16 feet high.” One can see that the absolute risk reduction is a more helpful, informative statistical measure; whereas, it’s easier to hide the magnitude of the differences behind relative comparisons.

Again, why is this relevant to vaccines?

The general public is interested in one question: if I choose to get the influenza vaccine, will my chances of getting the flu decrease, and by how much? We are not interested in relative comparisons, we are interested in actual, true differences.

Let’s break down a practical example into 4 easy steps to demonstrate the disparity between relative risk (RR) and absolute risk (AR).

Good scientific practice is to separate people into groups as closely numbered as possible, and as well matched as possible, meaning, we attempt to compare groups of people in which all variables are the same (or very similar) except the one variable we’re testing. This way, we can tell that any significant difference between the two groups is due to the variable we’re testing, and not some other variable.

In most vaccine experiments, researchers incorrectly use another vaccine or a vaccine ingredient as the placebo. This way, the differences between the two groups will be reduced (muted), and the researchers can report in their conclusions, something to the tune of, “vaccines didn’t increase the amount of adverse reactions significantly.”

So – back to our example. *Note: “Bad outcome” means that the person contracted influenza. These outcomes will be used to determine vaccine effectiveness a bit later in the article. So, the percentage of bad outcomes for each group would be:

The next step researchers take it to calculate vaccine effectiveness.

Why is the relative risk value subtracted from 1? Remember, a value of 1.0 means that the vaccine didn’t cause a positive or negative impact on effectiveness (1 = no impact).

Given we calculated a relative risk of 0.6, in order to determine the magnitude of the benefit from the vaccine, we subtract it from 1.

Using the relative risk value of 0.6 (60%), we now plug into the vaccine efficacy formula:

So, our vaccine effectiveness is 40%. So, our absolute risk reduction is 8%.

This is in stark contrast from the vaccine effectiveness, or 40% — looks a little different, doesn’t it?

With those same original data and the associated bad outcomes (flu cases), we came up with two completely different results on vaccine effectiveness.

Application to a Randomized Controlled Trial on the Influenza Vaccine So, the results here mean that the reported vaccine effectiveness in this study is 66.9%, yet, the actual absolute risk reduction (or true difference between the vaccinated and control groups) is only 1.9%! That’s an incredibly significant difference. The general populace would be led to believe the vaccine is 67% effective, yet the data indicates the difference is extremely small.

Here’s another similar study for your own independent investigation – the differences between absolute risk and relative risk are very significant here, too!

The sample size in the placebo group should have been much higher to improve accuracy (5103 people in the vaccinated group, and only 2549 people in the control group). This is a point unaddressed in the article thus far.

One can plainly see that vaccine effectiveness – frequently touted by mainstream media sources and governmental health agencies – are exceptionally deceptive. Why? Because they are derived from relative risks rather than absolute risks.

Vaccine effectiveness is really the inverse of what you want to know!

Absolute risk is a much more truthful measure than relative risk, as it gives you the actual difference between the two groups.