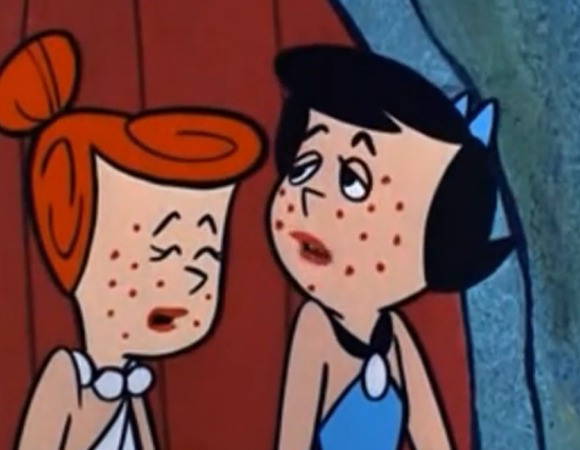 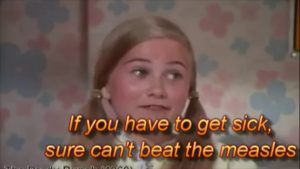 The way Measles is discussed in today’s world, you’d think it was similar to the black plague.

You’ve heard of it, a news report comes out terrifying the public about new measles outbreak that has affected 17 children in an area populated in the millions. For weeks, reporters go on about how this could spread across the entire country, affecting millions, all because someone didn’t vaccinate.

Yet, that’s not the cause for the spread. It was actually the vaccinated that caused the spread.

Why all the fear? Why the hysteria? Is measles even that dangerous?

I recall asking my parents and people from even older generations about the measles and what it was like when they were younger. All seemed to say it was a pretty standard and harmless childhood illness that would last a few days to a week.

Some red dots, a fever maybe, and a couple days home from school in some cases, I was told stories about how it was commonplace for  people to bring their kids around other kids who had measles so they could contract it themselves and be immune to it from there forward. What? They actually wanted their kids to get the measles? Indeed.

Related: Why Aren’t Children in the UK Vaccinated Against Chickenpox?

Yet today, because of irrational advertising, poorly educated doctors and misinformed parents, the measles are seen as an extremely dangerous illness that should be feared at all costs. Yet it’s all conditioning.

Think about it, when you bring up vaccinations online or to some doctors, what happens? We see hysteria. Poorly backed up facts, emotional rants and personal attacks are what comes out of those questioned about vaccines. You might even be publicly shamed for bringing up such things.

Little do we hear rational, calm and well backed up responses even in the face of a ton of independent science that has shown serious concerns about vaccines. Even mainstream media tells the story with hysteria and false claims.

All of this happens because of a lack of questioning, a lack of looking at the big picture and because we made something overly emotional when it’s truly about being open and rational.

We can, in part, thank the industry that brought you Vioxx, opioid addiction, Thalidomide, Thimerosal, Fen-Phen ($14 billion in damages), Diethylstilbestrol (tumors), Baycol (cholesterol drug, 100k deaths), Bextra (cousin of Vioxx, $1.8 billion in damages), Rezulin (caused hepatitis), Seldane (caused heart arrhythmia), Phenylpropanolamine, and RotaTeq as they have conditioned us to believe that Measles is a very dangerous illness.

Profit is what perpetuates this idea, not facts, nor history.

How We Used To View Measles

The video below is a truly telling example of how governments and the pharmaceutical industry has tainted the realities of the public and doctors about what the measles truly is and it’s dangers. What you see today is what happens when profit is the main factor behind products.

Just some of the YouTube comments from the video below:

Clips were taken from popular television shows The Donna Reed show (1959), The Flintstones(1961), and The Brady Bunch (1969), illustrate the sheer differences between then and now. Have a look.