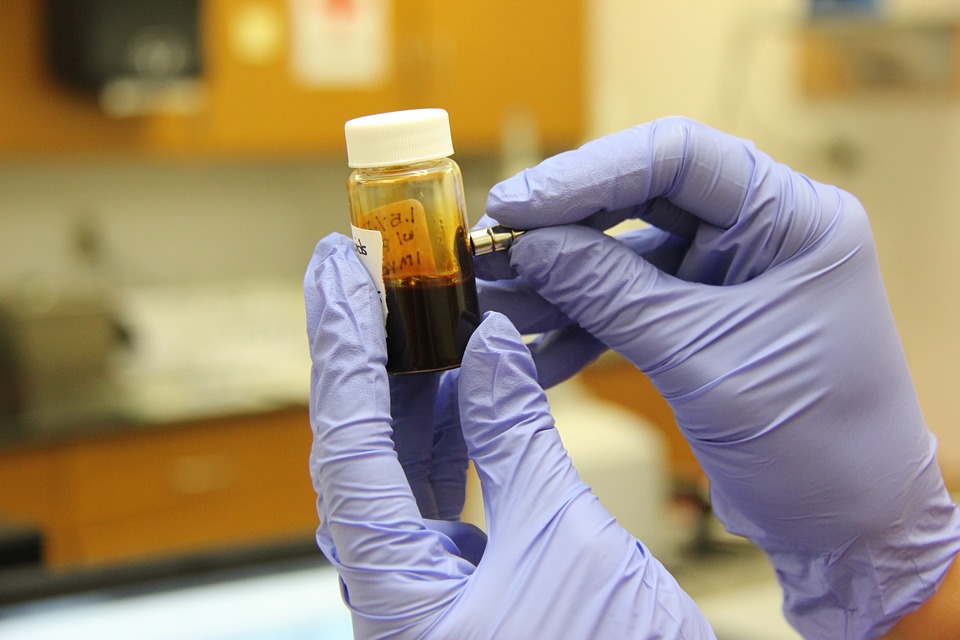 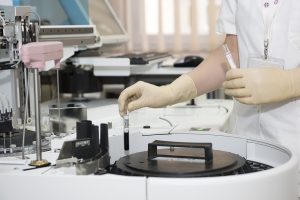 USERS have experienced difficulties with the federal government’s new My Health Record website as Australians rush to opt out of having their medical records added to a national digital database.

Users on Monday reported experiencing technical difficulties when they tried to opt out saying they were unable to complete the process.

Others using the telephone hotline faced long waiting times, and many found once the wait was over, call centre workers were unable to help because of systems crashing or slowing.

There are waits again today, with more reports the process can’t be completed online.

A spokesman for the Australian Digital Health Agency said the site had not crashed, but acknowledged a “minor connection issue” with the call centre on Monday, as well as “some human error issues”.

“The My Health Record consumer opt out portal is operating normally and has continued to do so throughout the opt out process,” the spokesman said in a statement to news.com.au

“There have been some human error issues, with consumers not having the right information to correctly opt out which has slowed down the process for some people.

“There was a minor internal connection issue yesterday in an Agency call centre which was compounded by the high level of callers on the first day who did not have the correct information to opt out. This issue was resolved quickly and the call centre resumed normal operations on Monday afternoon.”

Computer says no: Trying to opt out online. Picture: SuppliedSource:Supplied

Australians were invited to choose whether or not to have their health and medical records added to the new system on Monday, and have three months to make their decision before records are automatically added to the database.

The rush to opt out of the controversial new system follows privacy concerns over the scheme, which will see medical records stores on a password-protected database to be viewed by patients, doctors, and other medical staff at any time.

One news.com.au staffer tried to opt out online this morning, only to receive three “your session has timed out” messages, even while they were still entering details.

Eventually, the details were accepted, but despite accurately providing the two types of identity details needed to opt out online, the user was then told her identity could not be verified online, and advised to telephone.

#myhealthrecord Couldn’t opt out online because my medicare number is 9 digits long and the form requires 10 digits. This may explain why I’m on hold for 35 minutes and counting.

A call to the help line took a total of 15 minutes for the opt out to be completed — with only one set of the details which had been provided online.

The phone call ended with the My Health Record call centre worker asking politely what was the reason for opting out.

About 10.30am, the My Health Record twitter account posted a tweet acknowledging the high levels of traffic, saying the wait times on the phone were currently between 10 and 20 minutes.

As expected, there has been a high level of interest in #MyHealthRecord this week. We will keep you updated on the Help line status throughout the day. See our website for updates: http://bit.ly/2Lh2jhG

The Help line status is updated on this page throughout the day. Help line wait timesAs at 12:00pm (AEST) on Tuesday 2 October 2018, average call wait times are: Enquiries about opt-out: less than…

The wait times and online glitches don’t appear as bad as on day one, but among those managing to navigate the system there have been surprises — with some claiming they’d discovered a file already exists on them — which they never created.

#MyHealthRecord Decided to Op Out – nice lady asks me why I want to Op out, tell her I don’t trust gov with any technology, she tries to Op me out, Oh wait we have a technical problem do you mind if I put you on hold… Laughable!…

#AustralianGovernment you are a joke!

Meanwhile, Prime Minister Malcolm Turnbull told 3AW Radio said the “glitch” in the system has been resolved, and defended the “rigorous security” that will underpin the new digital health record system amid fears about the safety of Australians’ health data.

He said 20,000 Australians had opted out online on Monday.

The scheme has been a long time coming and has been running on an opt-in basis for the past six years. Medical professionals are quick to point out the potential benefits to patient care it will provide.

But advocacy groups such as Digital Rights Watch have expressed concerns about the security of the My Health Record initiative, and are urging everyone to opt out.

“No guarantees have being given that individual citizen’s personal information will be kept safe and secure,” Digital Rights Watch chairman Tim Singleton Norton warned.

“Health information is incredibly attractive to scammers and criminal groups.

Tried opting out of #MyHealthRecord only to find out I already have one. Problem is, I never created one. Can’t cancel account that I never created online so now I’m on hold for the next 24 hours to get it cancelled over the phone. #auspol #MyHealthOptout

“There are also concerns of the current or future access being granted to private companies.”

Some Australian Medical Association (AMA) president Dr Tony Bartone says the system will move the industry from a “prehistoric” way of information sharing and collate data that is already in the hands of the medical industry, albeit not linked or even digitised.

“It will bring data presently located in many different parts of the health system … and attempt to bring it into an online repository in the one place,” he told news.com.au. “Your health data is already in various portals. What isn’t there yet is this online, connected repository … that will facilitate a communication revolution.” 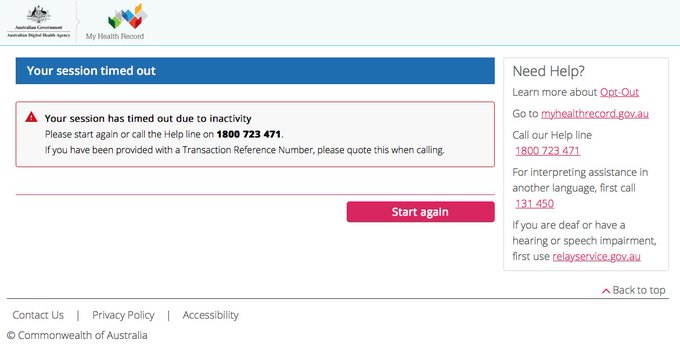 Opt out not working for me on #MyHealthRecord website.
Another website fail by Turnbull government.
Hopeless. @MyHealthRec I suppose I’ll have to sit on the phone on hold for 2 hours. Just like all #centrelink calls.#auspol

The system has been styled on similar efforts by other countries and has been many years in the making.

“The journey has been a torturous one,” Dr Bartone said. “This is the end result of many, many years of collaboration and reviewing what has been done in other parts of the world.”

The data will be available on demand to a raft or medical professionals who work in healthcare — about 12,800 health organisations and up to 900,000 health workers.

“It’s arguably the world’s leading and most secure medical information system at any national level,” he said.

The opt-out period begins today and ends on October 15.Source:Supplied

The service does give individuals a level of control over how the information is used. A PIN can be placed on individual patient summaries that are uploaded to a file, however that can be broken in emergency situations using an override function.

“Access is predicated by your allowance, or your permission, to view that record,” Dr Bartone said.

“The important thing that has to happen over the next three months is not so much that you opt out but understanding if you don’t opt out, how to manage your profile … you can block, you can hide pieces or entire chapters of your health file.”

For those concerned about misuse, patients can set up alerts to monitor who is accessing the data and see where the information is being used.

Police will also be able gain access to the information under certain circumstances, including, but not limited to, if there is reasonable belief it could be helpful in the prevention or detection of a crime or to protect government revenue.

“They’ve been specifically prohibited and the legislation will not change in that respect. I can’t imagine a situation where our elected officials would allow that to happen.”

Accessing a record without authorisation can result in prison time and up to $126,000 in fines.

But with a significant portion of data breaches in Australia occurring in the healthcare sector (roughly a quarter of those reported) and the Government’s past failures in securing certain confidential health data, many commentators are worried about the potential risk to patients.

The Government’s Australian Digital Health Agency responsible for the scheme has played down the security concerns touting the fact that patients can control who has access to their file.

But in an interview with Fairfax, the agency’s Dr Steve Hambleton said he couldn’t rule out the possibility of security breaches occurring on the platform — something which cyber security experts have labelled as an inevitability, particularly given the coveted nature of health data among criminals and fraudsters.

Freelance technology journalist Ben Grubb, who often writes about data security, is among those who have decided to opt out.

“My decision to opt out comes after consulting several healthcare professionals, privacy and computer security experts, the Government, and patients who stand to benefit from having a record,” he wrote.

“I concluded that any benefit I would personally get from having a digital record would be negligible compared to the risks of it being accessed by unauthorised parties.”

Medicare numbers are available online. After that, all you need is a name, DoB & address and you have someone’s complete medical record as uploaded to #MyHealthRecord

The National Rural Health Alliance said My Health Record would save lives in regional Australia, and urged people not to opt out.

“If you live outside a major city, you have less access to health services, and are more likely to delay getting medical treatment. That means you’re more likely to end up being hospitalised,” National Rural Health Alliance CEO Mark Diamond said in a statement.

“A My Health Record means that all your important health information is at the fingertips of your doctor, nurse or surgeon.”

The opt-out period ends on October 15. By the end of the year, every Australian who has not opted out will have a My Health Record created for them.

HOW TO OPT OUT

If you don’t want a digital file containing your health records, you will need to click the ‘Opt out now’ button on the opt-out page of the Government’s My Health Record website.

You will need your Medicare card and driver’s licence to verify your identity, and provide personal details such as your name and date of birth.

Once you have completed the opt-out process, you cannot cancel your request. However, if you decide later that you would like a My Health Record, you can create one at any time.